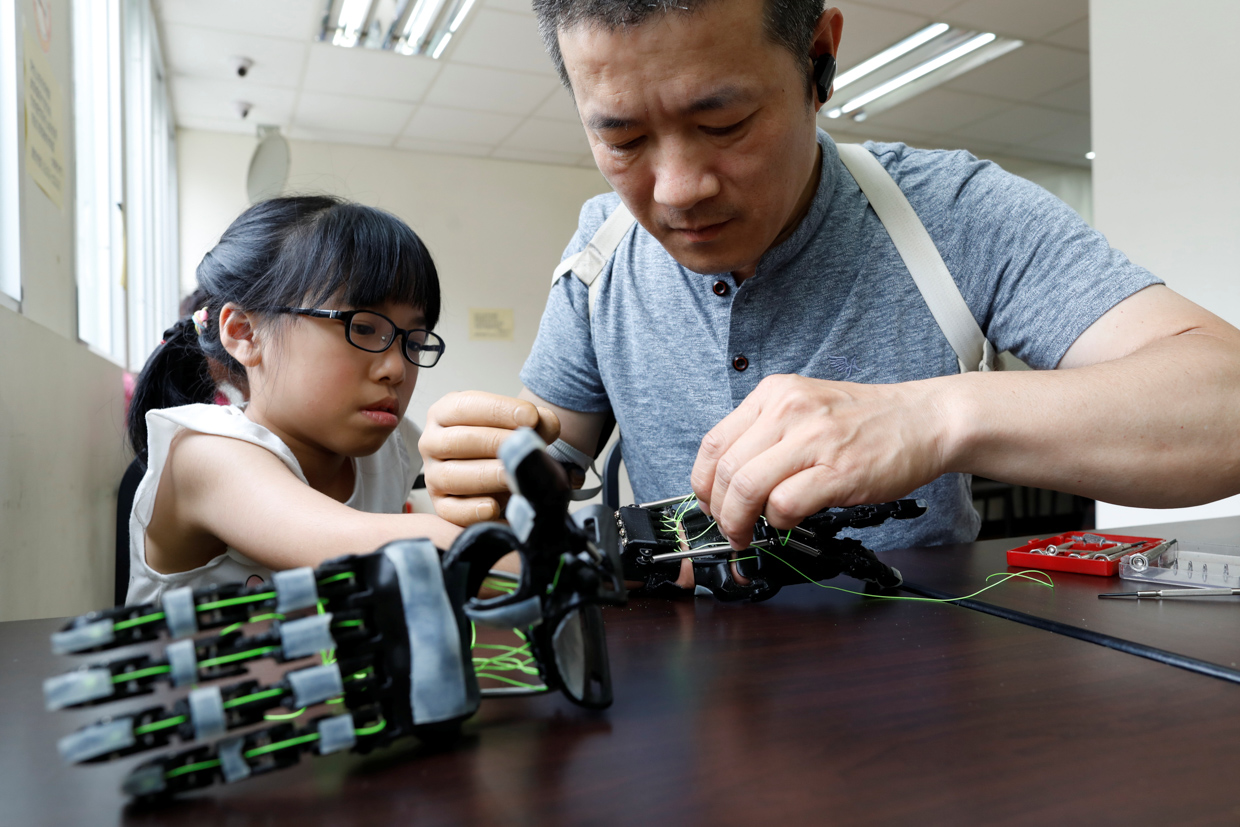 8/17
Engineer Chang Hsien-Liang, 46, fits a 3D-printed prosthetic hand, which he designed and built, on Angel Peng, 8, who injured her hand in a scalding accident when she was nine months old, in Taoyuan, Taiwan, May 8, 2017. Chang himself had lost his right forearm in a factory accident four years ago. The artificial limbs he tried were either too basic or very expensive. Despite a lack of medical training, he watched online videos, bought a 3D printer and built his prosthetic arm successfully after many attempts. Chang then decided to help others.