Anil Jain – The Journey of a relentless entrepreneur 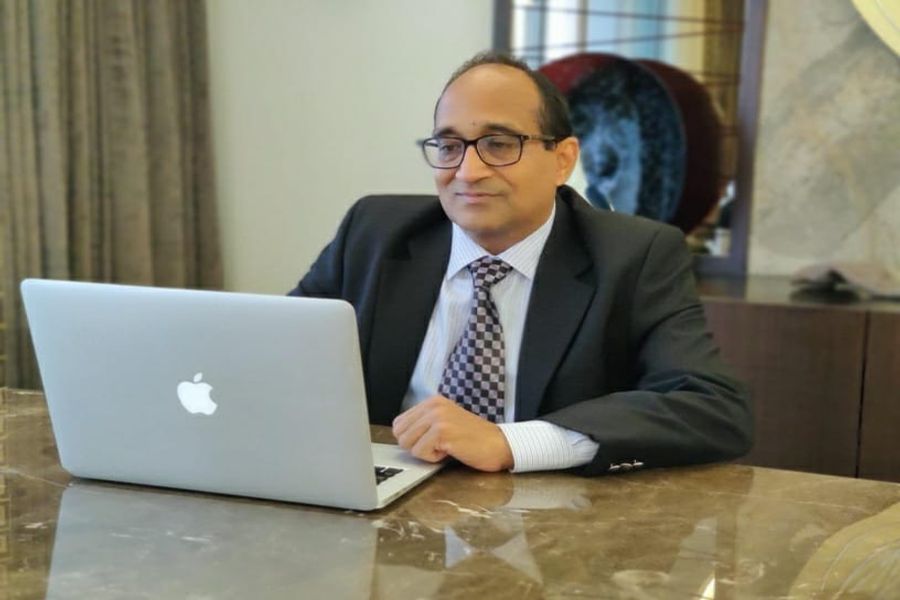 First generation entrepreneurs never have it easy. Success is hardly ever had in the first instance. What defines success is an unwavering belief in the entrepreneurial spirit, perseverance and resilience. If there is one story that encapsulates these lofty sounding words, it’s of Anil Jain’s. The story is made more interesting given the fact that he went where very few Chartered Accountants would venture. Let’s pick up the story from 1977, when he was a mere 14 years of age. At an age where most teenagers spend time with friends and are coming of age, Anil went off the beaten track and became part of a local social organisation. The experience sparked his interest on the managerial side of things while developing his leadership skills – something that’ll go on to define his career dream. While the dream was incepted, it took him 2 more years to give wings to his entrepreneurship. At the young age of 16, he started a modest printing company - printing bill books, visiting cards, college magazines, he even went door to door, making sales calls and bootstrapping. At the same time, he also co-founded the Leo Club of Malad East, Mumbai and went on to become its President 2 years later. Anil did several firsts at Leo Club including an innovative 10 day Carnival, held each year to gather funds for social causes. The going is never easy for a first generation entrepreneur. After successfully running his maiden venture for over 2 years, Anil was persuaded by his family to follow the traditional route and be more ‘stable’. This is when his resourcefulness came to fore whereby he quickly pivoted and completed the super tough Chartered Accountancy (CA) entrance. He even worked for a few months at a CA firm. But as they say, you cannot take the zeal out of an entrepreneur. What he dreamt at the age of 14-year-old had dreamt up didn’t let him rest easy and give in to the norm. At 18, he co-founded a video renting business and was to enter the Cable distribution business. The worries of a traditional Jain family continued to distract him and thus, for the next 3 years, Anil refocused to complete his Chartered Accountancy course. Chance favours those who are determined and ready for it. No wonder then that during this time, Anil’s neighbour noticed his business acumen and offered a business proposal to start a chemical business in partnership. This was the beginning of the now acclaimed Gangwal Chemicals. Going by his motto of “Manaa Manaa Hai”, which translates to, Never Say No under any circumstance, there was no stopping this stalwart. While he was able to achieve success at a considerable level, he did not stop there. The master stroke came in the form of getting K C Jain (Mr. Anil Jain’s father), on the Board of Gangwal Chemicals. He brought six decades of hands-on experience in Pharmaceutical R&D, Projects and Production having been associated with leading MNCs and a major Indian pharmaceutical company. This enabled Gangwal Chemicals to produce high end pharmaceutical products. Today, Gangwal Group comprises of the following: - Distribution of pharmaceutical, nutraceutical, cosmetics, industrial and textile chemicals. Manufacturing of: 1. Pharmaceutical actives 2. Pharmaceutical excipients 3. Micro nutrients premixes 4. Probiotics blends 5. Small volume tablets and capsules 6. Nutrition sachets and powders in jars 7. Protein Bars 8. Spray drying 9. Micronisation. Services  - 1.Public Testing Lab as GLAS for Analytical and Methods Development  2.Research and Development Lab approved by DSIR for developing novel delivery formats and substituting imports from where several US DMFs and a couple of patents have been filed. Today, Gangwal Group, headed by Mr. Anil Jain is one of the largest contract manufacturers of Wellness products, sports nutrition, daily essentials and probiotics in India. With their expertise in the field of nutraceuticals and manufacturing, Gangwal Group is proud to have a patented technology called DICOM®, which eases the production process of Pharma formulations. It is innovation such as these that makes Gangwal Group a leading manufacturer of nutraceuticals/pharmaceutical products in India. Another of Anil Jain’s mantra, he lived by which, is “Mare Bina Swarg Nahi Milta” - there is No Heaven without undying Hard Work. The success of Mr. Jain’s endeavours is testimony to his relentless passion, insurmountable capacity, building up capabilities and positive Attitude. Anil’s actions have always had a larger societal purpose. No wonder then that he has remained active in the philanthropic space through several social causes. Most recently, he has setup the Gangwal Foundation, a philanthropic initiative that serves the education needs of 700 underprivileged school children Here’s celebrating a journey that has in equal parts defined personal and societal success. Disclaimer: The views, suggestions and opinions expressed here are the sole responsibility of the experts. No Forbes India journalist was involved in the writing and production of this article.

Tweets by @forbes_india
The husband-wife team leading Pfizer's Covid-19 vaccine
The mind of an entrepreneur - Aaron B. David's Life Philosophy