CoinDCX: Unleashing the potential of Crypto in India 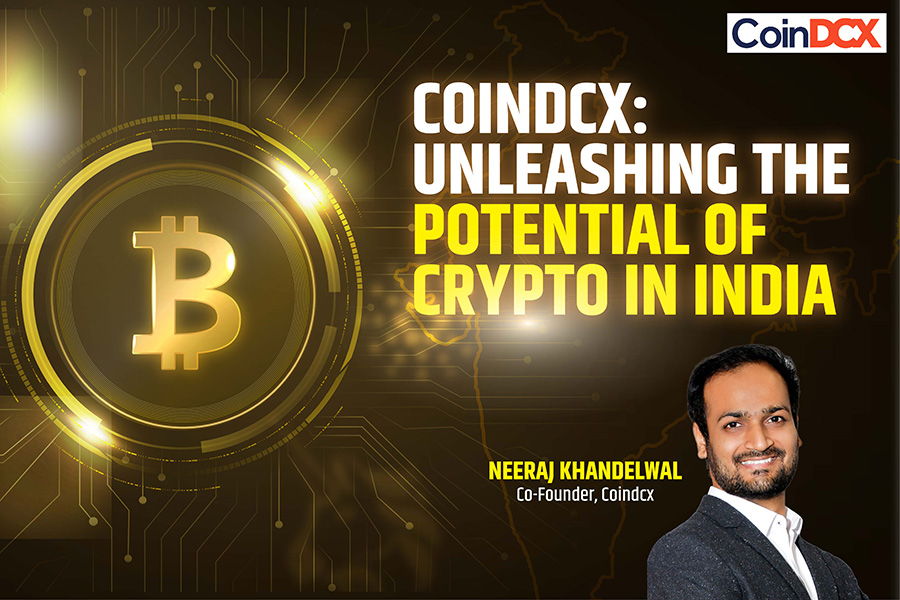 For a technology that has been around for little over a decade, the crypto world has left quite an impression. However, the industry is not just about the digital currencies that get traded on different platforms but more about the underlying technology of blockchain that powers it. With myriad applications, “Crypto will be the backbone of the new economy”, said Neeraj Khandelwal, co-founder of CoinDCX, India’s first crypto unicorn.
Non Fungible Tokens, for instance, have already taken off and corralled a market of over $11 billion. Artists can trade their original pieces of work on the blockchain by transferring the rights of their work to buyers who can easy verify ownership on the blockchain.
If blockchain has to spawn more applications, it needs to continue to “be open”, said Mr Khandelwal. “One single company can ideally do it but it will defeat the concept of decentralisation. For example, DeFi protocols are being built by the people [and for the people]. This is an unexplored and uncharted territory and new for humanity. Traditional institutions cannot be building this,” he said.
And India is best suited to not only be a consumer of such technology but make a palpable difference by contributing to it, added Mr Khandelwal. Broadband rates are low, almost everyone owns a smartphone, folks from tier-2 and 3 cities transact online over a few taps, offering a massive domestic customer base. More crucially, India has the much-needed bright minds to perform heavy-duty work both in designing and coding the newfangled technology.
“We want to make India leaders in that space. We at CoinDCX have big goals and want to make the new digital economy happen. India is a powerhouse of technology. We can dream big. We are among the top five economies in the world. We have leverage. If we were from some corner of the world, if we didn’t have means and ways, it would have been too big a dream. But India is different. This is doable”, said Mr Khandelwal while ringing an optimistic tone.

Indeed there will be challenges. As with any industry, it is not uncommon to have bad actors. However, instead of dismissing the technology, such issues must be acknowledged and addressed, said Mr Khandelwal. “And we in India are better suited today than ever before. These problems will not be fixed by outsiders but by those like us who passionately work within the industry.”
The pages slugged ‘Brand Connect’ are equivalent to advertisements and are not written and produced by Forbes India journalists.

Tweets by @forbesindia
Putin goes to war in Ukraine
Quick fix, in a fix, & the Punjab Kings' gambit