Dr. Jatin Chaudhary firmly believes that allopathic treatments or surgeries are not the only way to provide relief to patients 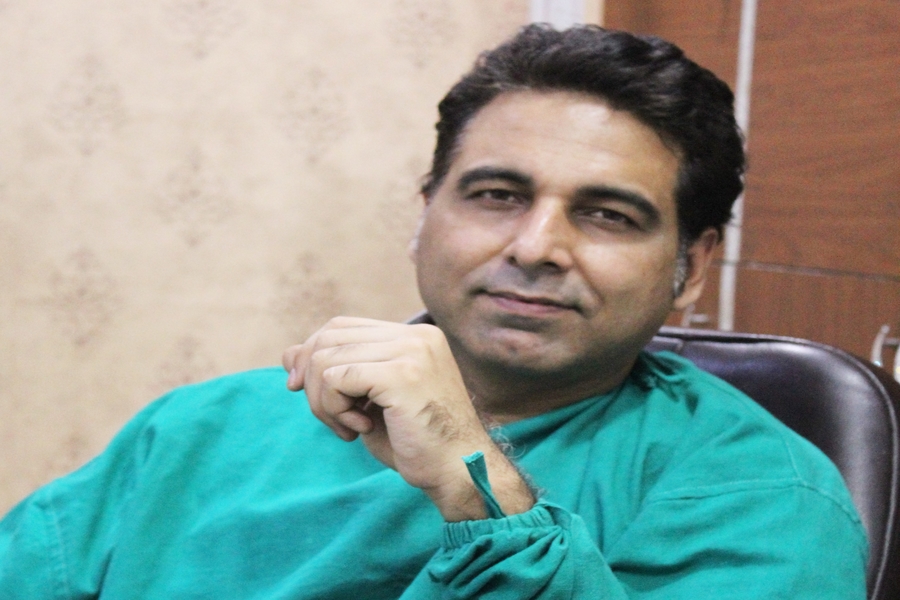 “The human body is designed to heal itself,” says Dr. Jatin Chaudhary, one of India’s better known practitioners of naturopathy and acupuncture. “I just focus on facilitating the self-healing process by combining a scientific and holistic health model that comprises one’s mind, body and spirit. It simply works!” Born in December 1981, Dr. Jatin Chaudhray is a young doctor who specializes in Physiotherapy, Acupuncture, Ayurveda and Naturopathy. He is a renowned Ligament Injury Expert and has helped heal hundreds of people troubled with a wide variety of acute and  chronic ailments.  He earned his Bachelors in Physiotherapy, Naturopathy & Yoga before going on to earn his MD in Acupuncture. Today, he also holds a Ph.D. in Herbalism, Nutrition, and Alternative medicines and an Honorary Ph.D. in Sports Medicines. He also holds a Diploma in Panchkarma (Ayurveda) and Compound Homeopathy. Dr. Jatin Chaudhary firmly believes that allopathic treatments or surgeries are not the only way to provide relief to patients. Most of his patients arrived at his clinic seeking relief from various kinds of pain - sore necks, frozen shoulders, severe lower back pain etc., or they seek treatment for conditions that range from arthritis to anxiety, gout to insomnia.  “Pain hampers with the quality of one’s life. Most of my patients had accepted it as a part of their lives before they came to me. When they finally came to me, all that they wanted was to somehow lessen it a bit. They couldn’t believe it when I was able to provide them with complete recovery from pain,” says Dr. Chaudhary.  Widely known for his alternative treatment and therapy skills, Dr. Jatin Chaudhary has treated hundreds of patients since he started his practice in 2002. He has helped recover his patients from their ailments using his deep understanding of human anatomy and knowledge of using the combined power of Physiotherapy, Acupuncture, Acupressure and Naturopathy. He offers treatment for a wide variety of acute as well as chronic ailments. He says that some of his patients, when they find relief with his treatment, get very emotional. “You see, there are several of my patients who came to me after having tried allopathic treatment and medicines for their ailments. Only when they couldn’t find relief, or in some cases got even worse, they found me. I am glad I could help them. Now, many of these patients believe that I have some kind of a magic touch that healed them,” says a beaming Dr. Chaudhary. That’s the best thing about his profession, Dr. Chaudhray believes. “I love my profession. I am so thankful to God for blessing me with this gift. To be able to make a powerful difference in people’s lives is indeed gratifying,” he says. Dr. Chaudhary specializes in treating sports injuries. He is well known within the sports fraternity for his alternative healing methods, which do not depend on physiologically altering drugs or invasive surgical procedures. He has successfully treated several athletes with musculoskeletal ailments like ligament tissue injuries, sprains, strains, etc.  He has also helped various sports celebrities like Yuvraj Singh, Sania Mirza, Sachin Tendulkar, Arjun Atwal and Ishant Sharma recover from a variety of injuries. He has been a part of the medical panel of many sports teams including Indian Premier League (IPL). “Working with these national sports stars is always a special experience. They expect positive results and they want them fast. There always is a crucial game or career at risk. I really enjoy the challenge and love bringing them back to their fighting best,” says Dr. Jatin.  Dr. Jatin Chaudhary started his career in 2002 as a Physician & Trainer at Khalsa College (Delhi University). From 2003 to 2005, he worked at Bishan Singh Bedi Cricket Academy. In 2006, he worked under private OPD at Sir Ganga Ram Hospital, New Delhi. He was appointed as a physician of the Indian Cricket Team in the year 2008 for India-Australia Series. Afterward, during IPL tournaments, he was the physiotherapist to Kings XI Punjab Team in 2009 and worked as a consultant for Mumbai Indians in 2010. Recently, he also worked with Sama Hospital, New Delhi as a Wellness Consultant.   In 2020, he has been appointed as an Honorary Physiotherapist of PFWS Mission Olympics 2020 by Delhi Police. He is also appointed as Chief Physiotherapist for Delhi Football League. Also, he has been appointed by the Golf Federation as Sports Injury Advisor. Also, he has helped Rahul Gupta, India’s Mountain Man, to climb Mt. Everest.

Dr. Jatin Chaudhary is currently overseeing Sharnam Healing, an alternative treatment centre in Hakikat Nagar, Delhi, where a team of dedicated therapists treats patients under his able guidance. More information about various treatments offered at Sharnam Healing and to book an appointment one can log on to the website www.sharnamhealing.org Disclaimer: The views, suggestions and opinions expressed here are the sole responsibility of the experts. No Forbes India journalist was involved in the writing and production of this article.