All six are from Asia; IndiGo's Rahul Bhatia and Rakesh Gangwal are the top two names on the list with SpiceJet's Ajay Singh poised to enter the club 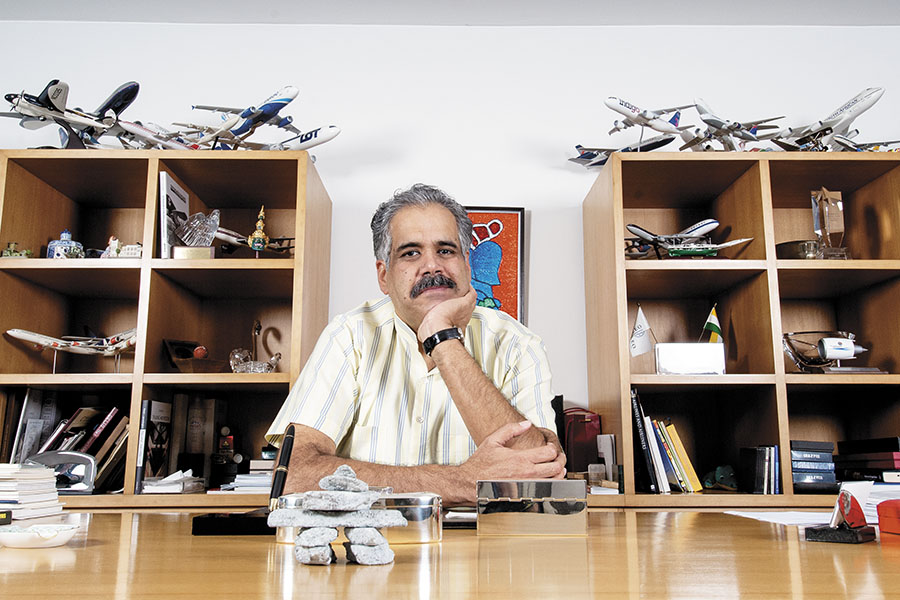 IndiGo co-founder Rahul Bhatia has a net worth of $4.5 billion
Image: Amit Verma

There are six billionaires across the world who derive the majority of their wealth from aviation, according to Forbes, and all of them are from Asia (see table). Two Indians—IndiGo’s Rahul Bhatia and Rakesh Gangwal—are No 1 and No 2 respectively, while another is poised to enter the club. The phenomenal turnaround of India’s third-largest airline SpiceJet is propelling its chairman and managing director Ajay Singh closer to the aviation billionaires’ group.

On September 1, SpiceJet’s shares closed at ₹130.05 apiece on BSE, giving Singh, who has a 60.25 percent stake in the airline, an estimated net worth of ₹4,697 crore or $735 million. However, about 33.5 percent of his stake is encumbered, according to BSE data. Based on his total stake in SpiceJet, Singh’s current net worth is more than double that of Tony Fernandes, co-founder and group CEO of Malaysia-based low-cost airline AirAsia. According to Forbes’s 2017 Malaysia’s 50 Richest list, Fernandes had a net worth of $345 million in March 2017.

SpiceJet’s shares have zoomed by almost 800 percent in the last 32 months, making it the second-largest airline by market cap in India, surpassing Jet Airways. As a result, Singh has edged past Naresh Goyal, the founder of Jet Airways, whose 51 percent shareholding gives him a net worth of ₹3,346 crore or $524 million.

“I did not take over SpiceJet, when it was on the verge of a shutdown two years ago, to become rich. I did that as I had an emotional connect with the employees and the company, which I founded in 2005,” says Singh. Success, he says, brings with it even more responsibility towards the company and all stakeholders.

According to Forbes, Bhatia and Gangwal, founders of IndiGo, India’s largest airline by market share and market cap, have a personal net worth of $4.5 billion and $3.2 billion respectively, as on September 3, 2017.

Nguyen Thi Phuong Thao, the founder of Vietnam-based budget airline VietJet Air, and the only woman to feature in the club, has a net worth of $1.57 billion. She is followed by Wang Han ($1.19 billion) and his uncle Wang Junjin ($1.19 billion), both of whom own a significant stake in the Shanghai-listed Juneyao Airlines. The other airline billionaire from China is Wang Zhenghua ($1.1 billion), chairman of Spring Airlines.

Entrepreneurs who derive their wealth solely or largely from an airline can fall off the billionaires’ list as easily as they can find themselves on it. “An airline’s valuation keeps oscillating more regularly and is much more unpredictable than other businesses,” says Harish HV, partner–India leadership team, Grant Thornton India LLP.