Netflixed: Is TV past its best-by date?

In the age of Netflix, what does the future of TV look like? It will consist not just of streaming, but of several playbooks 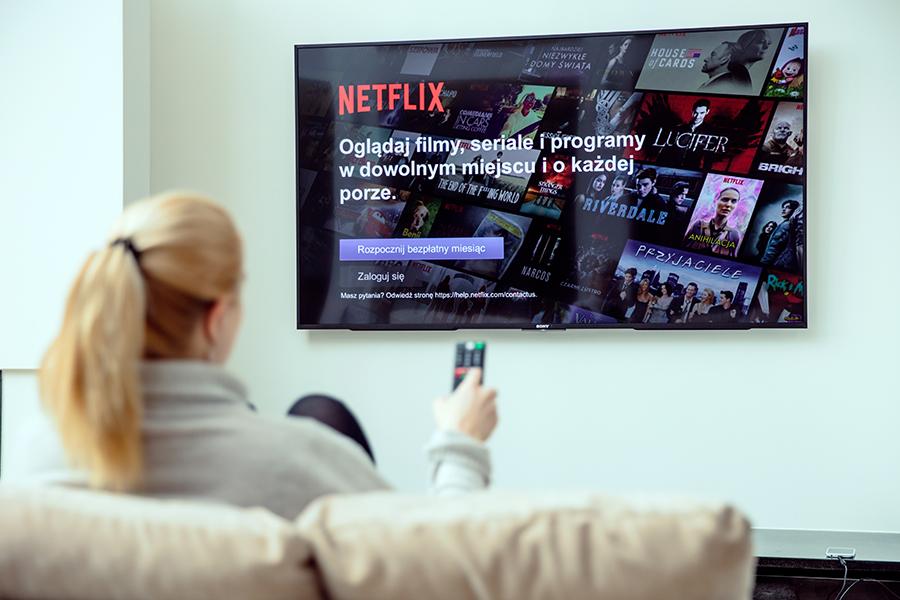 The influence-bearing media industry has had its momentous turning points.

Radio challenged the supremacy of 500-year-old print more for its novelty starting with BBC’s first broadcast in 1920s. Then came TV which transformed the landscape altogether.  Over time, print, radio and TV came to be established for what media stood for till the internet brought in its wake a tsunami of options—greater precision metrics and far more personalised targeting.

All through, for over 500 years while the media industry did boast of two sources of revenue: Customer (copy revenues in print and subscription revenues in TV) and advertising, it is the latter which ended up being the default heavy-lifting source of revenue.

TV’s revenue model was different in that it did try to consolidate subscription revenues too by bundling and did a reasonably successful job of it. The customer was willing to pay for a bundle of channels even as more than 90 percent of them were never watched. But then that is where humans do not behave as homo economicus, much to the chagrin of pure-play conventional rules of economics.

Cable TV, the darling of masses, now stands relegated to a minion self of what it once was. Millennials and streaming platforms have together made cable TV redundant. Cable cannot fight the demographics forever as only the older generation squarely accounts for the survival of cable TV today.

The Netflix challenge Netflix, with its ‘tastemaking initiative’ and ‘binge-racing’, has already emerged as the platform of choice for TV content in the US market. That opening sequences, credits, and sleep are all part of the collateral damage in Netflix becoming the end-all and be-all source for entertainment is another story. Disney with its huge library portfolio and theme park business remains the sole media company now with a bigger market cap than Netflix.

Netflix succeeded by not succumbing to the two traditional ways in which content developers generate revenues—taking cash from advertisers and deals with pay-TV operators—in the process creating the biggest land grab in the history of media ever. It is the greed of media giants when they slighted Netflix as a “raddiwala” or scrap collector, who was willing to pay for re-run rights for a product that had outlived its shelf-life. That the minion will one day rise to challenge the whole existence of pay-TV is something that Disney, Viacom, Fox and others never bargained for.

How long could you continue to ignore the whispers is the story of the legacy emperors, Hollywood included?

Large corporates are endorsing streaming because it allows them to control distribution more powerfully as also the production models for their programming.

Streaming has changed how we consume TV, but it has not changed what we consume. Steaming has enabled distribution to be taken away from cable. What then was looked at as a revenue model case study for Netflix is actually a case study of distribution disruption in the industry. In a world of multi-platform consumers however, distribution domination is a fragile competitive differentiator, at best.

With 20 million people tuning in for the first episode of HBO’s Game Of Thrones, cutting-edge content for sure is one. Netflix understands it well and spends billions on creating original content. From earning its first nominations in 2013 where it went to the award show as a dark horse, Netflix today towers over all by making its mark with highest nominations and wins at the Emmys.

The recipe: Audience aggregation, differentiated content and a powerful brand. More competition will lead to a faster decline of pay-TV but may not initially mean a dent in the growth story of Netflix.

While the Netflix effect plays out, the future of TV remains an enigma.

With so many mega brands jumping in the fray, the more things change, the more they stay the same. Is the future of TV another bundle, this time by a brand which consolidates various offerings to help address the content fragmentation nightmare for consumers? The streaming revolution that was expected break barriers of the TV industry seems to be morphing into a lot more like traditional television itself.

The future: Is it just TV by another name?
The future of TV may consist of not only streaming but several playbooks.

Storytelling and entertainment needs may best be addressed by powerful direct-to-consumer streaming aggregator brands like Netflix with a subscription-driven business model. Streaming services may also evolve to embrace a tier-based pricing and boutique model as different from a one-size-fits-all model of Netflix. Streaming services may finally end up offering two tiers—with and without ads.

News and sports needs may be satisfied by existing top broadcaster brands like Disney, Fox, Turner, Star Sports, etc. driven by ads and affiliate fees as the revenue model.

Factual entertainment consisting of knowledge and education needs may best be addressed by search-driven YouTube, with a business model of ads. Unique brands and family needs will be satisfied with a unique media and entertainment conglomerate like Disney, with a direct-to-consumer model driven by subscriptions. Everyone else may have to be relegated to being niche players and resellers with subscription, ads and content sales.

The author is Executive-in-Residence at ISB, Hyderabad besides being a global CEO coach, and a C-Suite and start-up advisor.

15,898
Thank you for your comment, we value your opinion and the time you took to write to us!

Tweets by @forbesindia
Prev
Batman fans, give Robert Pattinson a chance
Next
More Spielberg, less Tarantino: 2020 was the year of OTT and so will be 2021