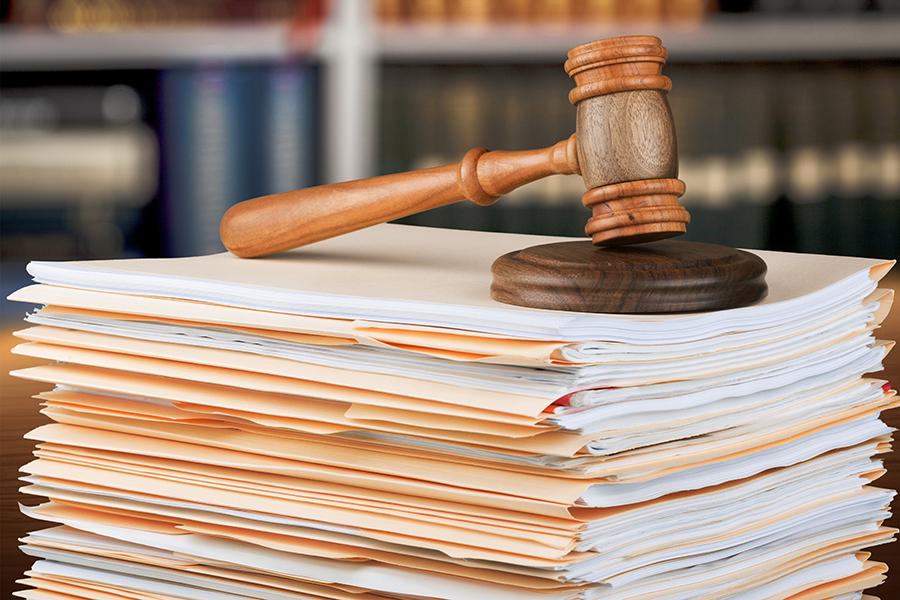 Companies ActNational Company Law Tribunals and Special Courts continue to be overburdened with hundreds of thousands of Companies Act cases resulting in tremendous delays in adjudication. Most of these cases are trivial in nature and the promulgation of the new ordinance takes them out of the purview of the court system.

The Injeti Srinivas Committee on review of penal provisions of Companies Act, 2013, was constituted by the Central Government in July 2018 to review the existing framework dealing with offences under the Companies Act. The Committee submitted its report in August 2018 with a slew of major recommendations.

The penal provisions under the Companies Act were divided into eight categories based on the gravity of offences, and it was recommended that the serious offences which comprised of six categories could continue with the penal provisions. The remaining two categories which essentially dealt with lapses that are technical or procedural in nature should be shifted to in-house adjudication process. The Committee further suggested enlarging the jurisdiction of the Regional Director with enhanced pecuniary limits and vesting in the Central Government the power to approve the alteration in the financial year of a company and conversion of public companies into private companies under the relevant section of the Act.

It recommended re-introduction of declaration of commencement of business provision to deal with ‘shell companies’, enhanced disclosures with respect to public deposits, and reduction in time-limit for filing documents related to creation. It further recommended the re-introduction of modification and satisfaction of charges and stringent penal provisions for non-reporting, compulsory maintaining of registered office to avoid de-registration process as well as disqualification of directors who are holding directorships beyond permissible limits.

The Committee also recommended to relieve the Special Courts from routine cases by transferring certain offences from the purview of special courts to an in-house e-adjudication framework wherein defaults would be subject to the levy of penalty by the adjudicating officer and further institution of a transparent online platform for e-adjudication and e-publication of orders.

Following the recommendations, the Central Government has on 2nd November, 2018, promulgated the Companies (Amendment) Ordinance, 2018. The Ordinance has now transferred sixteen types of corporate offences from the special courts to in-house adjudication. This has enlarged the scope of in-house adjudication from earlier eighteen sections to thirty-four sections.

The registrar has now been provided with the power to cause a physical verification of the registered office of any company if he has reasonable cause to believe that the company is not carrying on any business or operations. On finding any default in complying with the requirements by the company, the registrar can then initiate action for the removal of the name of the company from the register of companies.

Many of the criminal offences have now been decriminalised and ‘penalty’ has replaced ‘punishment’ in the corresponding provisions, indicating that these are now civil infractions. For example, failure to file report of annual general meeting (AGM) will now incur a penalty of Rs 1 lakh, and in case of continuing failure, with further penalty of Rs 500 for each day, subject to a maximum limit of Rs 5 lakh.

Every officer in default is liable to a penalty which shall not be less than Rs 25,000, and in case of continuing failure, with further penalty of Rs 500 for each day subject to a maximum of Rs 1 lakh.

Non-furnishing of director identification number (DIN) to the registrar, failure to file financial statements with the Registrar, non-adherence of prohibition on issue of shares at discount, default in statements stating out the material facts concerning each item of special business to be transacted at a general meeting to be annexed to the notice calling the meeting have now been made civil grounds incurring penalties. Alteration having the effect of conversion of a public company into a private company will now have to approved by an order of the Central Government instead of the Tribunal.

Also, in the chapter regarding registration of charges an additional clause has been added in section 86 whereas if any person wilfully furnishes any false or incorrect information or knowingly suppresses any material information, he will be liable for action under the penal provisions for fraud.

If a One Person Company (OPC) or a small company fails to comply with the provisions of certain sections of the Companies Act, 2013 such company and officer in default of such company shall be liable to a penalty which shall not be more than one half of the penalty specified in such sections.

A new provision has been introduced for repeated default wherein company or an officer of a company or any other person having already been subjected to penalty for default under any provisions of the Act, again commits such default within a period of three years from the date of order imposing such penalty the company or the officer shall be liable for the second or subsequent defaults for an amount equal to twice the amount of penalty provided for such default.

This comprehensive review of the penal provisions of the Companies Act should be able to serve the avowed purpose of promotion of ease of doing business and better corporate compliance.

4,382
Thank you for your comment, we value your opinion and the time you took to write to us!

Tweets by @forbes_india
Prev
Can humour make you a better boss?
Next
The Last Girl: Nobel Peace Prize for fight against ISIS