Founded in 2003 by Harsh Mariwala, Marico Innovation Foundation (MIF) is a not-for-profit organisation in India executing Corporate Social Responsibility (CSR) for its parent company Marico Ltd. The organisation aims to nurture innovation in India across the business and social sectors alike. The Foundation works closely with organisations that are innovative and impactful through three of its sector-agnostic programs - MIF Scale-Up, MIF Awards and MIF Involve. To know more visit: http://www.maricoinnovationfoundation.org/ 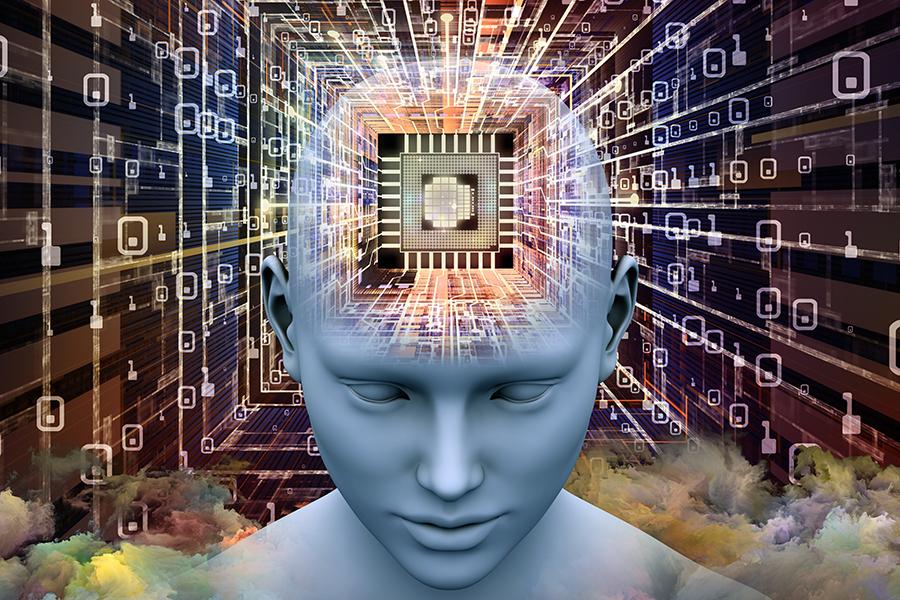 What is coming in the way? It is often lamented that Indian innovations are invariably incremental and not disruptive. They are often ‘first to India’ and not ‘first to the world’. They copy the ‘current best practice’ but don’t create the ‘next’ practice.

There is no better example for this than a home-grown invention called the ‘Simputer’, which was a path breaking invention, way ahead of its time. Developed in 2001, the Simputer was designed to be a low-cost and portable alternative to PCs. The idea was to create shared devices that permit truly simple and natural user interfaces based on sight, touch and audio.

Bruce Sterling in the New York Times magazine wrote, “The most significant innovation in computer technology in 2001 was not Apple’s gleaming titanium PowerBook G4 or Microsoft’s Windows XP, it was the Simpute - a net-linked, radically simple portable computer, intended to bring the computer revolution to the third world.…”

But despite its technological leap, Simputer did not become a product in the marketplace selling in millions. Why? Because of the lack of a robust national innovation ecosystem, the most important missing element of which was the lack of an innovative public procurement policy, which could have helped Simputer scale speedily and sustainably.

Building Knowledge Societies to propel innovation The challenge of India not being able to make the journey from mind-to-marketplace can be addressed only by building a powerful national innovation ecosystem. The essential elements of such a national ecosystem should ideally comprise physical, intellectual and cultural constructs. Beyond research institutions, it should also include idea incubators, accelerators, technology parks, a robust intellectual property rights regime, balanced regulatory systems, strategically designed standards. Furthermore, academics who believe in not just ‘publish or perish’, but ‘patent, publish and prosper’ should form a crucial cog in the machine of this ecosystem. Scientists, who have the passion to become 'technopreneurs', potent inventor-investor engagement, ‘ad’venture capital, and passionate innovation leaders are as important as a bold and innovative public procurement policy for and of innovation that we alluded to earlier.

I gave the C.D. Deshmukh Memorial Lecture titled `Economics of Knowledge’ in 1999 where I brought the words knowledge (Saraswati) and economics (Lakshmi) together - in India we don’t see a connect between the Saraswati and Lakshmi easily. In this lecture, I said: “Tomorrow’s societies will be knowledge societies. Tomorrow’s markets will be knowledge markets. Tomorrow’s wars will be fought not by the conventional weapons, guns, missiles and so on, but they will be fought in the knowledge markets with the new thermonuclear weapons called information and knowledge... to meet the twin objective of growth with equity, knowledge cannot be the prerogative of a few; everyone in the society must have access to knowledge and become a knowledge worker...”

The possibility of access to `knowledge for everyone’ has vastly improved thanks to rapid advances that India has made in building digital infrastructure, that too in a way that access to information and knowledge is extremely affordable.

Just a year ago, India was ranked 155th among 230 nations with regard to mobile data transmission. But today it has leapfrogged into the number one position leaving USA and China in the second and third position. What is even more important is that internet access has been made more affordable and accessible for a vast majority of the population thus opening up the avenues of access to knowledge to anyone, anytime and anywhere.

Education as a support system to building an innovation-positive environment
Our government has rightly envisaged the policy of ‘right to education’ but we now need to move to `right education’ and the `right way of education’.

In this digital age, we have to move from information memorisation and brute force recall. Our education should change from our children using the `brain as storage’ to `brain as an intelligent processor’. With the internet becoming more and more accepted as an educational tool, classrooms should now able to expand beyond four walls.

Innovative techniques such as on-demand tutoring, peer-to-peer or P2P learning, personalised and generative course structure and sequencing to meet the individual needs will have to become the order of the day.

In the future, we will see that the demands of the industry will dramatically change the top skills that recruiters will be looking out for. Interpersonal skills and the ability to deal with complexity, critical thinking, creativity, co-working ability and emotional intelligence will assure top priority. With Artificial Intelligence becoming more mainstream in the workforce, the ‘human touch’ of qualities like emotional intelligence, especially in four domains; self-awareness, social awareness, self-management and relationship management will form the cornerstone of tomorrow’s learning societies.

Balancing the outcomes of innovation
Just like a coin, even innovation has two sides and it is imperative that the global community works towards innovation-led inclusive and sustainable growth and not innovation-led irreversible destruction.

To illustrate my point, let me cite the example of CRISPR, a newly discovered DNA editing tool which is truly revolutionary. CRISPR stands for `clustered regularly interspaced short palindromic repeats.’ It provides a fantastic way to make precise changes to DNA. It is very cheap, effective and easy to use, even by a non-specialist. CRISPR units are available by mail order.

But the same tool in wrong hands can also enable people to produce lethal pandemic viruses or mutant bacteria in their basements thus adversely resulting in biological terrorists! So there must be a global dialogue and understanding on the intended and unintended consequences of new technology as also agreed controls from the humanistic angle and welfarist perspective, just as we set up a common global agenda in the Paris agreement on Climate Change. India should lead in such `responsible’ innovation.

Young India and Innovation
The youth is our future and here are 10 'Mashelkar Mantras' that may be helpful for them to help India become one of the leading innovative nation.

1.    Your aspirations are your possibilities, always keep them high.
2.    Like instant coffee, there is no instant success. Work hard, success will follow.
3.    But work hard in salience. Let success make the noise.
4.    Persistence pays. It is always too soon to quit.
5.    Don’t wait for opportunities to knock on your door, create opportunities, build your own doors.
6.    You can do anything but not everything. So choose focus.
7.    Be curious forever. Creativity follows curiosity. New creation follows creativity.
8.    When someone tells you it can’t be done, take it more as a reflection of his limitation, not yours.
9.    ‘I’ in every individual must stand for innovation, not for inhibition or imitation. It is better to fail in originality, then succeed in imitation.
10.    There is a no limit to human imagination and achievement, excepting the limits you yourself put on your mind. So, go limitless. Outperform yourself.

This article is a part of ‘Thought Leadership’ series in partnership with Marico Innovation Foundation (MIF). The author is a member of the Governing Council of MIF.

12,743
Thank you for your comment, we value your opinion and the time you took to write to us!

Tweets by @forbesindia
Prev
Does spending more on employee engagement keep people happy?
Next
Be the disruptor to beat disruption