The three ghosts of SoftBank

While most late stage startups have been spooked by SoftBank's negative press and recent missteps, the fact is that the Vision Fund II portfolio is a diversified one. Can we write Masayoshi Son off yet? 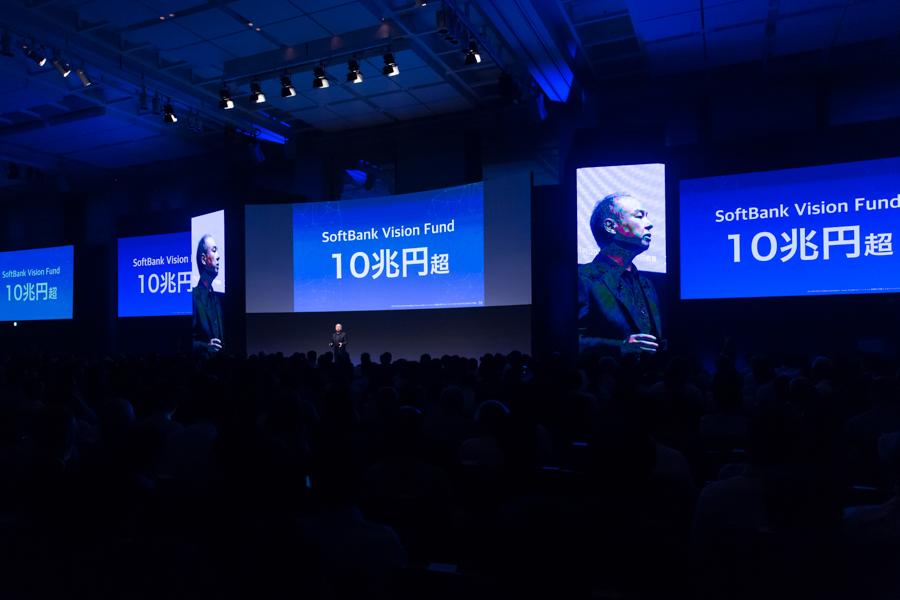 There is hardly a participant in the late stage startup ecosystem in India (perhaps globally) that has not, at some point in the past three months, been haunted on a sleepless night by the Three Ghosts of SoftBank.

The Ghost of SoftBank Past has walked late stage VCs through visions of what they could have made, had they that $50 million Series C cheque, where SoftBank pumped 6x that amount just under a year after they passed. Others are spooked by the Ghost of SoftBank Future: They did write that Series C or D cheque, just a few months ago. They were comfortable in the knowledge that the strong in their stable would be tended to by a later-stage SoftBank cheque. They could avoid the dual ghouls that demand profitability as a price for exit: An IPO or an acquisition. SoftBank would instead blitzscale their investment to the stratosphere, and if not provide them a cushy exit, at least, get them a fantastic return on paper.

And then there is the Ghost of SoftBank present, who haunts us all. Like Dicken’s Ghost, this one offers the path both to redemption and gloom. It is an unfolding story with a Y-fork down the middle. One fork leads to a beautiful valley, with a well-endowed Vision Fund II. This takes us back to the glory days, late stage investments continue unabated, albeit with some discipline, and happiness ever after ensues. The other fork though, is foreboding: Vision II fails to take flight, the Kingdoms of the Mid-East refuse a rescue and we suddenly have a lot of withering late stage startups, with the stench of their gloom infecting early stage investments as well.

The facts are less fantastical though. SoftBank is the recipient of public flogging, as everyone loves a good takedown. There was enough fodder, given the WeWork fiasco, a textbook for bankers on what not to do for an IPO. But the fact is, Vision Fund's portfolio is a well-diversified one. They are invested in nearly 70 companies over seven categories: Consumer, enterprise, fintech, frontier tech, health tech, real estate and transportation + logistics (T&L). In T&L, for example, they’re in 19 companies, many of which are competitors. The SoftBank bet is on two simultaneous facts: That a rising tide will lift the entire category, and that the emerging winners will be from their stable, backed by their massive funding war-chests to blitzscale.

Removing a few outliers like WeWork, their investing strategy is exactly that of an early stage investor, just on a gigantic scale—numerous, diversified bets with a potential for outsized returns from just a few. The pattern is easy to spot in a $25 million fund, writing $100k cheques—one company turning unicorn returns the funds many times over. The sheer size of SoftBank’s cheques makes this less easy to perceive.

That doesn't obfuscate the core strategy, though. If we account for the negative news cycle for SoftBank right now; that IPOs are not doing well; and that many of its listed companies will see a fillip post profitability, the potential for Vision Fund to generate good returns, over 3x, is not unreasonable. Prematurely writing off Masayoshi Son, or SoftBank, on the back of one bad S1 would be a mistake.

Before SoftBank’s giant cheques, and certainly before Vision Fund, an acquisition or an IPO were the likely options for a company looking for capital north of $100 million. And profits—or at least a clear line of sight to them—were traditionally the acid test for companies seeking to go public. They disrupted this equation, giving companies a longer runway to prove profitability, as long as they were able to get to immense scale in the meantime.

And before SoftBank, for companies that didn’t go public, an outright acquisition was the only option. The scale of a larger acquirer could help them achieve those elusive profits, or at least embed them as a cost center with enough ancillary revenue payouts for the acquirer to justify their model. SoftBank has changed that too: companies can now afford not to get acquired for much longer, fed by more late stage capital at higher valuations. This, in turn makes buying them harder eventually. And with several plays in the same space, SoftBank is often both the buyer and the seller in industries that are consolidating.

Post WeWork, there is a perceptible tempering. Late stage cheques are slower, the focus on profits is higher, and valuations have become key in discussions. The denominator has suddenly become more relevant in earlier stage deals as well. But there is enough good money chasing good deals. Last year was a record year for equity investments in India, and while the overall numbers may dip, there is enough dry-powder in the system to back solid companies that are answering the dual calls of scale and unit-economics. The few investors operating at SoftBank’s scale: Naspers, TenCent and Tiger, would not be bearish right now either.

The acid test for SoftBank (and the ecosystem) will be the Vision 2 raise: If it fails, that would mean a significant rush to book exits. And not many VCs can give an exit to SoftBank. Inevitably, it would lead to either a push to IPOs (and consequently, pressure on portfolio companies to get their act together prematurely), or write downs in their valuations, which would spell doom for SoftBank’s returns and reputation, and arguably, for the industry.

If they’re successful, though, the party goes on. The scare galvanises companies towards profitability, and the Valley is sunshine once again. That's the Christmas miracle most investors, entrepreneurs, bankers and industry watchers are waiting for, with bated breath.

The writer is Managing Director of Bexley Advisors, a boutique investment bank focused on early stage deals in tech and media.

3,882
Thank you for your comment, we value your opinion and the time you took to write to us!

Tweets by @forbes_india
Prev
Why Indian companies need nap rooms at work
Next
Should you stop using the word 'should'?