Why does Facebook's Meta change the game for everyone

From a simple ecommerce purchase to creating entertaining content, Facebook's Metaverse is cruising at breakneck speed to change the very nature of human interaction. Here's how 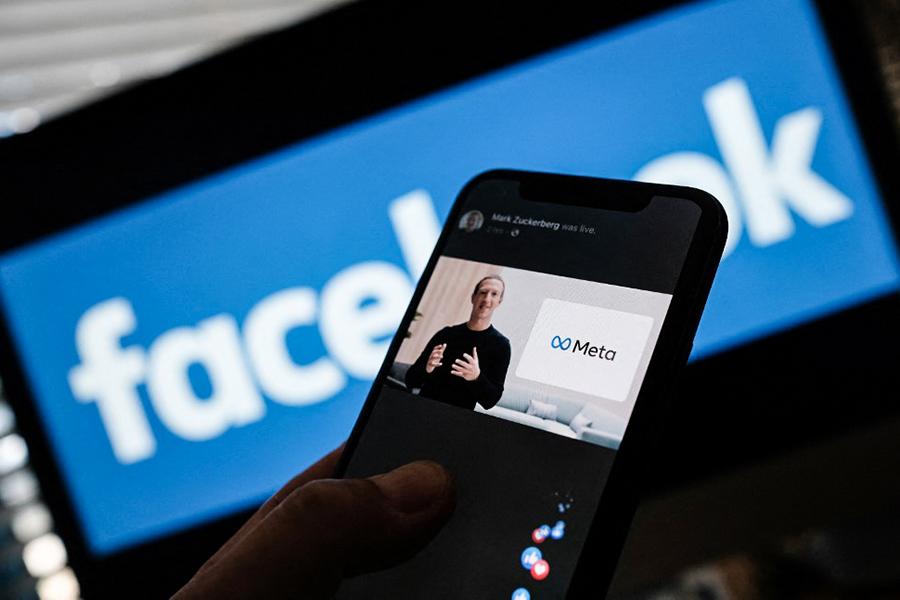 Is Facebook Inc's decision to rename itself Meta a crisis management play like Andersen becoming Accenture? Nope, it is not a caving mechanism. If anything, it is the most ambitious thing founder and CEO Mark Zuckerberg has imagined yet. It is not different from when, in 2015, Larry Page and Sergey Brin decided to create Alphabet as the alpha parent company overseeing Google and its other subsidiaries.

But unlike Alphabet Inc, Meta changes everything. It is the metaphor of the infinity sign in its logo. From waltzing between the physical world and dreams with the help of augmented reality to dancing in the wilderness of a made-up virtual reality with no creative curb.

Internet 2.0What happens to every single brand in the world when Meta manifests itself into a paella of Soonami from the movie 'Free Guy', OASIS from Ernest Cline's novel 'Ready Player One', and Charlie Brooker's 'Black Mirror'? If you think the big four have a monopoly now, wait for this to unwind. To a 21-year-old, how alluring will the 2D photoshoots of your products remain compared to a world which allows you to digitally try it on while going to that Live VR show by BTS? For the Alphas—the next generation after Gen-Z—what Facebook did to Yahoo chat rooms, Metaverse will do to Facebook.

Virtual space will become the real space of growth even the present world wide web can’t fathom. In 2004, everyone thought, who in their right mind would prefer virtual friends over real ones? Cut to 17 years later, Facebook has 2.9 billion active monthly users. This Metaverse comes with some shiny features. Two quotes that stand out from Meta's press kit:

After two years of seeing what Covid-19 can do to their lives, would Gen-Z want to share immersive experiences even when apart? You bet.

One category, all categoryIt changes everything because unlike your usual product launch touching a category to three at best, Metaverse will permanently change the DNA of economy, culture, art and technology. By the end of this decade, social connections would be boring without actually seeing each other across the room.

Oculus and Cambria (codenamed high-end headsets that are being developed right now) sets would be as prevalent as smartphones, unless smartphones become bulkier to become both. Entertainment will have to elevate itself to encompass the ineffable demands of a world that constantly needs to be engaged in mixed reality. Ted Sarandos and the team would soon start brainstorming about taking the entertainment 'Meta'—aptly meaning 'beyond' in Greek. Online gaming has already seen snippets of it and when the big boys enter the league, gamers around the globe will have a 'Charlie in the Videogame Factory' experience.

Want to go on an immersive Vietnamese mountain trek with fitness influencer Michelle Lewin from the luxury of your home? You certainly will be able to. As the CEO of a multinational company, you can hear pitches at four head offices around the world on the same day. Colleges can start admitting global students, especially from developing countries, for special mixed reality lectures by Ivy League professors.

The lowest hanging fruit of ecommerce via digital purchases through cryptocurrencies—from NFTs to electric cars—is the easiest to convert as the ad tech industry is already moving at lightning speed to constantly create and use breakthrough technology. With real estate prices surging decade after decade, smaller business owners will be able to create detailed 3D virtual shops to host their niche customers and earn quality sales.

"It is a future that is beyond any one company and that will be made by all of us," Zuckerberg wrote in his founder’s letter while launching Meta. It sums up what this Metaverse will need to become a business fantasy.

The catchAs most articles will already tell you, it won’t be all sunshine and rainbows. The data privacy and misinformation swords are still hanging too close for comfort for Facebook, therefore doubling the efforts for absolute monopoly by creating a parallel universe will be quite a dystopian reality. In the future, kids will need de-addiction therapy to live a normal life if usage is not controlled from day one of the launch. Remember how 'Avatar' fans became suicidal because the planet of Pandora was fake?

But, another reality also is the good things it can bring. I doubt people have many issues about a well-designed and thought through virtual world as much as who will have controlling rights of that world. A difficult right answer in the 21st century with modern corporations and governments echoing in unison—with great power, comes greater greed.

We are eight billion people on this planet, and minimising carbon footprint to use digital spaces for work and commerce is a need and not a desire for our civilisation to see the dawn of the next century. As long as we are careful of not becoming like the obese humans from the Disney Pixar movie, 'Wall-E'—completely cut off from a life sans digital assist—we have a good chance of finding a balance between enjoying the convenience and preserving civilisation.

Global heads should put some intelligent, iron-clad checks and balances in place—legally, culturally and morally binding. Postponing the inevitable has never done any generation any good. This, year we have had billionaires going to space and the United Nations is yet to work on a space tourism charter confining all the countries so that a couple of private companies and two governments don’t dictate the rules for everyone else, governed by their commercial interest and not of the planet.

What Zuckerberg is trying to accomplish is a near-impossible dream. We can criticise him all we want, but if he can pull off Metaverse, after already delivering a culturally transformative product like Facebook, he will seal his name in history as one of the most futurist founders to ever live.

The writer is the chief strategist & founder of Salt and Paper Consulting. Views and opinions expressed here are personal.

5,942
Thank you for your comment, we value your opinion and the time you took to write to us!

Tweets by @forbesindia
Prev
Why do analogies matter in the business world?
Next
Consolidation, transformation and diversification: Businesses unlock a new future with a deals approach