Fighting emissions: The need of a boundary-less effort for a greener planet

We are racing against time with the challenge of emissions, and the world must come together to innovate solutions to protect humankind 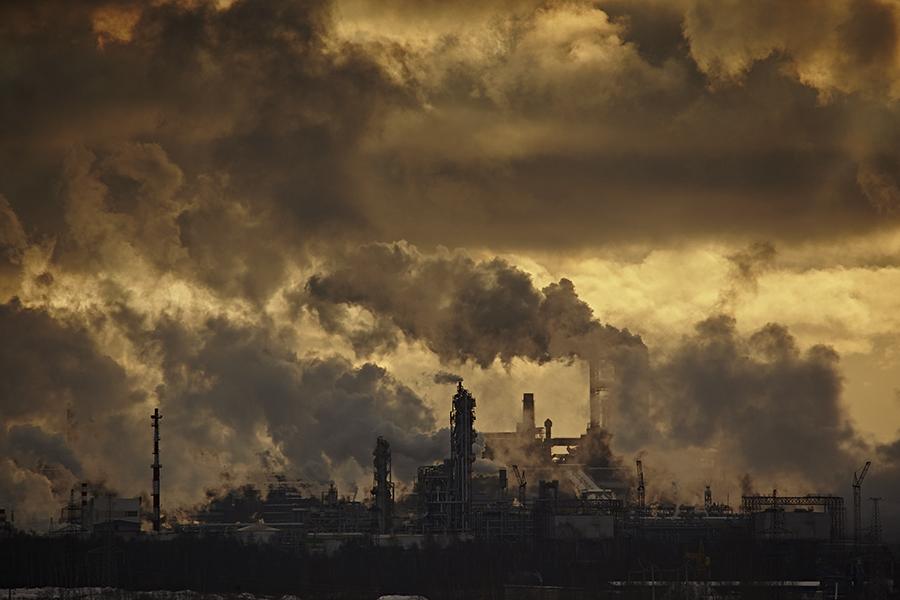 “The cost of a thing is the amount of what I will call life which is required to be exchanged for it, immediately or in the long run,” said the noted American naturalist and poet, Henry David Thoreau, in 1841. It was right about the time when the world was shifting from agrarian to industrial economies. Ever since then, the social, economic, and cultural spheres of the world have been redefined in stages.

We are now in 2021 where free markets, global connectivity, innovations, and creativity have spurred the next industrial revolution. The economic development has propelled the world’s gross domestic product (GDP) from $3 trillion in 1900 to $85 trillion in 2021, which is incredible. Is the cost for achieving this just timeless inventions, painstaking labour, global trading, and liberated policies? Certainly, it doesn’t seem to be the case. We are now aware that this has also heated the planet’s surface by 1.02 degrees Celsius, introducing a completely new cost dimension. Most of these are linked to emissions, commonly known as greenhouse gases (GHG), going up from 4.27 to 51 billion tonnes. Could this be the cost Thoreau was referring to?

Why are emissions so high and unavoidable?Emissions are the direct outcome of any production or consumption activity which is powered by combusting an external source of energy. Fossil fuels have been the primary source of such energy for the last 150 years. Fossil fuels, formed by the decomposition of dead living organisms (plants and animals), are buried deep inside the earth’s surface over millions of years. When these are mined and later used as ignition sources to run industries, offices, homes, and transport networks, it leads to GHG being released into the atmosphere in large quantities.

The Sixth Assessment Report of the United Nations Intergovernmental Panel on Climate Change (IPCC) is a mayday call for us. It is going to be less than just ten years before we breach the 1.5 degrees Celsius rise in global temperatures.

Could this report prod the global community to see climate change for what it is—an existential issue that is agnostic to geography, for both with high or low emissions, and has put the homo sapiens on notice?

There is a window, however, for creative minds to turn the crisis into a positive change and come up with problem solving strategies. The timing of the IPCC’s report ahead of COP26 could serve in fostering a healthy space for collaboration and convergence, far away from the prevailing “us vs. them” approach of negotiations.

In the first watershed conference on climate change at Kyoto, the United Nations Framework Convention on Climate Change (UNFCCC) grouped the nations into historical emitters (developed nations called annex countries) and less emitters (developing countries called non-annex countries). As per the Kyoto Protocol, the annex countries were mandated to bring down their emissions by 5.2 percent from the baseline year. However, between 1990 and 2010, the global emissions went up by 50 percent.

A separate instrument was adopted at the next important COP21 summit in Paris in 2015, where the UN appealed to the good sense of nations and called for voluntary commitments to meet the agreed goal to limit global warming to well below 2°C, preferably 1.5°C.

Sadly, the net result of all these has been that instead of reducing the GHG concentration, annual greenhouse gas emissions have increased by 3.7 percent since COP21. This is despite the fact that climate actions have been taken seriously by countries, which can be seen through reduction in coal mining, increase in renewable energy generation, and measures to improve energy efficiency.

However, close to 19 percent of emissions are from agriculture and 24 percent are from manufacturing sectors, both of which are relatively low in attracting capital and will find it challenging to innovate low carbon strategies. The green premium on these sectors is also quite high due to the lack of innovation and adoption. In sectors like agriculture, which is the backbone of economies across the world, proven practices of biomass production, low-cost plant growth regulators, and biofertilisers are needed. Enhanced agricultural conservation practices, nitrogen fixation by leguminous crops, reduced pesticide use, and crop rotation are extremely important to reduce emissions levels.

Within the manufacturing sector, there is a need for green products to be invested in. This can be done by adopting metallurgical processes, which can create products that aren’t just green in use but also require less emissions to produce.

Most importantly, it is only with an increase in the adoption of green products that we will be able to reduce green premiums. Countries should strengthen this commitment by investing more on green products research, climate education, and levying carbon taxes on high-emission products.

With the world markets being boundary-less, we need the entire world to come together and get everyone on board with this thinking. COP26 should bring everyone together, especially with more than 50 percent of emissions created by non-annex or developing countries. That is the only way to save life on this planet.

4,725
Thank you for your comment, we value your opinion and the time you took to write to us!