The tumult of recession: Of K-shaped recovery and Keynes 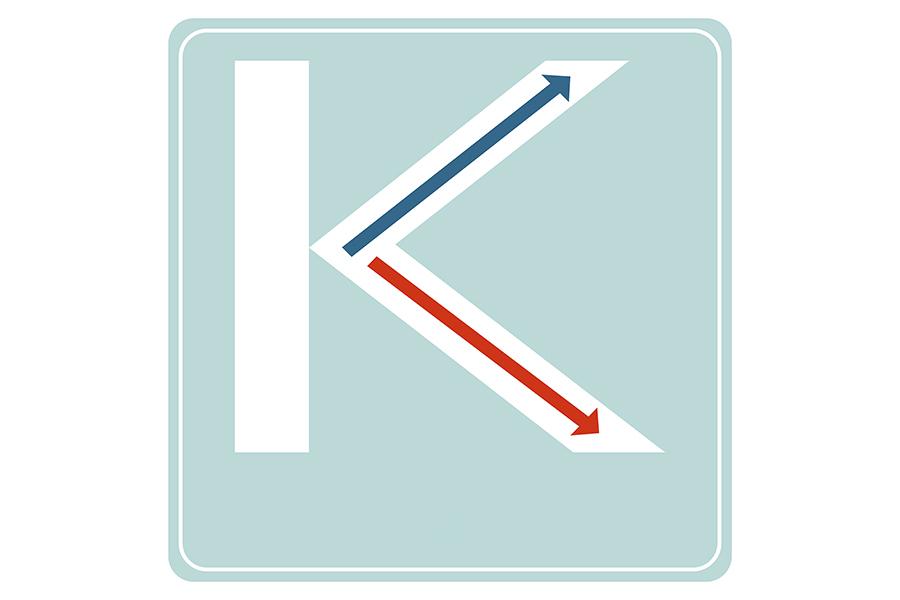 Ever since Covid-19 happened, there had been concerns about the impending economic crisis. Financial institutions were sending out warnings of a declining global economy. Bankers, investors, market observers and everybody else who think they matter suddenly started to sound extra somber and gloomy. Business news channels were pre-emptive in ominously flashing red graphics foreboding ‘economies in turmoil’ and ‘volatility in markets’. Grim-faced bespectacled business analysts were seen hurling arcane jargons and hard-to-comprehend financial vocabulary. The tumult of recession was reverberating from all quarters.

The massive shock of the pandemic has plunged the global economy into a severe contraction. Economists have been debating the ‘shape’ that recovery might take. Conjectures range from a “V” shape, with a steep decline followed by rapid recovery; to a “U” shape, with slightly delayed recovery; a “W” shape where recovery takes place but dips back before it regains momentum, or the more dreaded “L” or “I” shapes, with no signs of immediate recovery.

An interesting proposition that came forward is the possibility of a “K” shaped recovery. K-shaped recovery occurs if different sectors recover at different rates. When charted, the path of different segments of the economy may diverge, resembling the letter K.  Gita Gopinath, chief economist of the International Monetary Fund (IMF), highlighted that while economic prospects for 2021 looked good, the challenge was a diverging K-shaped recovery across countries. Unlike other recovery descriptors that depict aggregate macroeconomic data, a K-shaped recovery is described in terms of data disaggregated across sectors. Some economists describe a K in terms of the upper path as symbolic of the financial markets while the lower path as the real economy, since the two are in reality different.

Notwithstanding the uncanny commonality with the alphabet, the K-shaped curve debate brings Keynes into the spotlight. John Maynard Keynes, the English economist whose treatise on business cycles fundamentally changed macroeconomics theory, remains relevant even after over 70 years of this death. The man who spearheaded a revolution in economic thought may well have answers to the K-shaped conundrum.

Keynesian economics is primarily a macroeconomic theory of how total spending affects employment and output. The central idea is that aggregate demand determines economic activity. Keynes challenged the earlier economic paradigm and the “supply creates its own demand” hypothesis. His construction that recession may cause companies to reduce investment which would further precipitate a decline in expenditure, is what places it as a “demand side” theory. With economic activities becoming sluggish, government expenditure emerges as the last resort. His magnum opus, The General Theory of Employment, Interest and Money, published in 1936, advocated the use of activist and judicious fiscal and monetary policies to diminish the impact of recession. Keynes postulates that during recession, demand can get a fillip through government spending on public works. This would put money in the hands of those who need it the most.

Keynes believed that budget deficits were a natural product of economic slump. He however, advocated that counter-cyclical public spending during recession would have a positive multiplier effect on employment, income and expenditure. Although Keynes has been widely criticised for advocating, what many believed, irresponsible government expenditure financed by borrowing, he was in fact, a firm believer in balanced budgets and regarded the idea of government spending as an exceptional measure to bridle exceptional circumstances.

Time magazine that included Keynes among its ‘Most Important People of the Century’ in 1999, stated that his radical proposition that governments should spend money they don’t have may have saved capitalism. Keynes argued that if capitalism were managed with a coordinated international monetary system, it would lead to peace between countries. His economic contributions were a prelude to the creation of IMF and the World Bank.

Despite criticism of Keynesian policies by American economist Milton Friedman and others, Keynes remains indefatigable. The global financial crisis of 2008 sparked a revival of interest in Keynesian economics as evidenced in fiscal stimulus-based response measures adopted by several countries. His idea that the economy cannot be envisaged as a naturally correcting organism provided the theoretical underpinnings for government interventions. There was general consensus among economists on the relevance of Keynes as they rhetorically announced the ‘death of the dream of free-market capitalism’.

The K-shaped recovery, presaged for the present recession, may lead to changes in the economic and social structures. This is evident in the US where industries like technology, software and retail have recovered faster, while travel, hospitality and food services have continued to decline. The result is that low-end jobs like those of restaurant, transportation and hospitality workers have shrunk. Interestingly, while millionaires have prospered, the poorer have been worst hit. The collective net worth of 400 richest Americans increased by more than $620 billion during the pandemic. Most of the pain has been borne by daily wage earners and small businesses who found it increasingly difficult putting food on their plates. The pandemic’s uneven economic impact was glaring.

This is where Keynes needs a re-entry. Keynes argued that once economic downturn sets in, for whatever reason, the apprehensions it engenders among businesses tends to become a self-fulfilling prophesy that cascades into prolonged economic slump. Though present recession is caused by different forces, in comparison to the Great Depression of 1930s when Keynes’ ideology took roots, it warrants the same response mechanism. The US announced fiscal stimulus in the midst of the pandemic. A total of 1.8 trillion euros is being injected to help rebuild the post-COVID-19 Europe. The Bank of England increased stimulus by 150 billion pounds. The Government of India too upped its stimulus package to make the economy rebound. The IMF invoked using fiscal firepower as recovery lost steam. To avoid a K-curve, governments are contemplating public private partnership to bolster small enterprise and declining sectors. Another recourse is to look at innovative ways of raising tax revenue. The fiscal design that governments have adopted is reminiscent of Keynesian elements.

Keynes was not just an economist. He was a philosopher who investigated economic issues as part of a broader kaleidoscope. He considered economics as a tool to achieve social justice. This was in sharp contrast to the thoughts of later prophets of profits who espoused monetarist economic postulations. For Keynes, economic theory was a way to solve wartime crisis. Covid-19 induced recession is no less than a wartime economy. Industrial production has been hit, workers have lost jobs, spending power has constricted. We need fiscal stimulus to clear the wreckage of the pandemic. It is difficult to plan for the long-term when meeting immediate short-term employment and income needs are the imperative. Otherwise, as Keynes would say, “In the long run we are all dead”.

5,941
Thank you for your comment, we value your opinion and the time you took to write to us!

Tweets by @forbesindia
Prev
Why it makes business sense to flatten the global warming curve
Next
Beyond Paris Agreement: Time for local, national actions to meet to global ambition