What is being played out in the inner chambers of India’s cricket governing body has direct implications on its brand value, business confidence and overall integrity 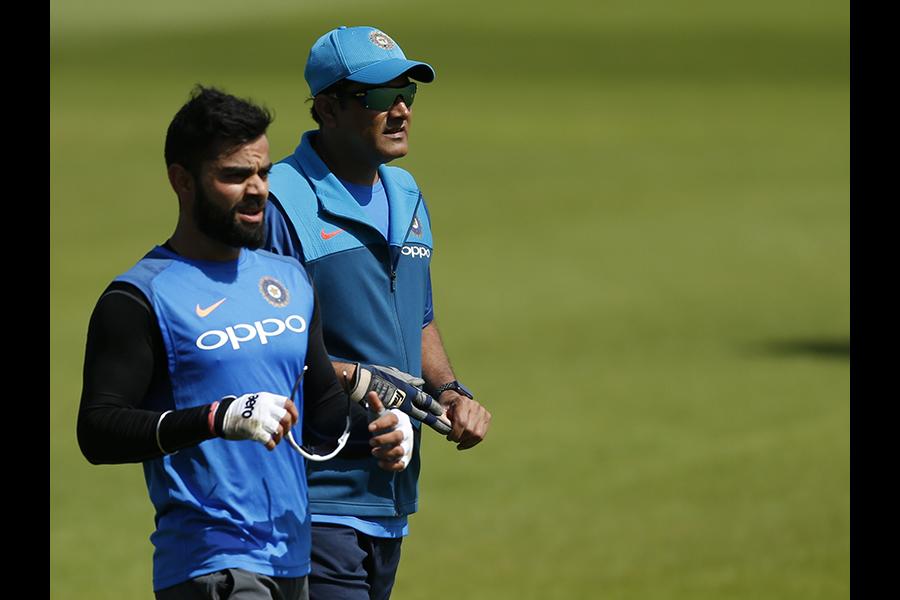 The men in blue are in England to defend their Champions Trophy title. Albeit disconcertingly, the interest of Indian supporters is focussed on a parallel event unfolding in and around the blue wagon.

Obviously, things are not right. The developments between May 21 and May 25, 2017 have shaken the very foundation of sports administration in India. What is being played out in the inner chambers has direct implications on the brand value, business confidence, talent attraction ability and the overall integrity of the Board of Control for Cricket in India (BCCI). There are also sharp management lessons to be learnt from the fiasco.

1. When external headwinds are harsh, never disturb internal calm BCCI compulsively makes a case to be in the news albeit for all the wrong reasons. While most cases can be passed off as daily doses of ‘stop press’, the developments between May 21-25 are disturbing to say the least. These are the most vulnerable times for the richest cricket board in the world. In the external world, they are fighting a near-losing battle with the ICC for their share of revenue. They feel one of theirs has betrayed them. In India, they have been ‘thrown under the bus’ by the Lodha committee. Further, there is a CoA (Committee of Administrators) that has been forced on BCCI to implement the Lodha committee’s recommendations. This group seems to be comfortable in running the operations of BCCI at the expense of the very purpose of their foundation. Powerful state cricket boards seem to be at a cross roads vis-à-vis BCCI and the CoA.

Against this backdrop, it is hard to understand what makes BCCI seek fresh applications for the post of a coach at a time when they have the best person in that seat, India is defending its title on the world stage, the CoA is limping around and the BCCI is fighting an identity crisis of sorts. There are a lot of questions without many straight answers.

When there is an external crisis, most mature organisations keep their internal structures robust and insulate them from any potential shocks.

2. Think before making decisions and then back them with conviction
Even before the coach was appointed, BCCI indicated that someone was their first choice for the post. Even if Anil Kumble was not their first choice they had no business voicing their views when the process was in motion. To make matters worse, they humiliated Kumble by giving him a one-year contract. Those who have played the game in a diverse country like India will realise that it takes 3-4 months to know the team, bench and available pipeline. Every contract till date has always been for a period of three years. Instead of extending Kumble’s contract by two more years the BCCI invited fresh applications on May 25. Kumble’s record in the last year has been solid, he has inspired a bunch of boys to go out and perform fearlessly. He has allowed the Indian captain to be aggressive, assertive and authoritative.

The BCCI unfortunately did not think enough before making a decision and once they made a decision which was correct, they are dwarfed in their conviction to stand by it. These situations lead to unnecessary speculations amongst all stakeholders of the business ecosystem. It smacks of poor transparency and extreme vulnerability in the organisation.

3. Respect your ‘deep sweating’ assets
On June 24, 2016 Anil Kumble was appointed as the coach of the Indian cricket team. Here is a man who, by every measure, is a beacon of Indian cricket. He has played over 130 test matches and nearly 300 ODIs for India in a career spanning 18 years, has nearly 1,000 international wickets to his credit and led India with distinction during its most sensitive period. In 2008, he proved to be the right person in charge of India when the now famous ‘monkey gate’ happened in Sydney. His records are for keeps. It will be very difficult for any player to emulate them. He transitioned the Indian captaincy to MS Dhoni after backing him. What Dhoni went on to do for Indian cricket is history.

Every business has assets and ‘deep sweating assets’. In Indian cricket there are a lot of assets sitting in the commentary box or cashing in on a billion dreams. Deep sweating assets are always actuated and increasingly think hard about the business. Kumble belongs to that category and should therefore be handled with more respect and regard than he has been getting since May 21. It is these assets that work tirelessly for any organisation and help tide hard times.

4. The chairman’s job is to bring the external world into the firm and the CEO’s job is to take the firm global
Healthy organisations always allow for healthy debates. A board is always casted to improve diversity of thoughts and views. The thoughts and views are then debated and an action plan is agreed on. The CEO who is part of the decision making then uses the plan to take the firm to the outside world.

It has been alleged that Kumble was forceful with his views and his decision to introduce Kuldeep Yadav has been sighted as an example. In the Australia series India was in a precarious situation having lost the Pune match and levelled the series through a win in Bengaluru. Given an option, Australia would have been more than happy going back with a 1-1 result. Skipper Virat Kohli, for some reason, did not want Kuldeep. Kumble through a dialogue and opportunity put Kuldeep on the park in Dharamsala. Kuldeep turned the match for India. Kohli and Rahane hogged all the accolades. Kumble like a mentor and chairman remained backstage and allowed his players to enjoy all the credit.

Any effective executive is never an ‘yes person’. Diversity of opinion is what brings organisations the glory they yearn and work for. Effective organisations encourage diversity of views far more than staid crawlers.

5. Hire and work with high achievers
Growth organisations always hire employees better than they have in their existing pool. High achievers and quality leaders help accelerate growth. After a long time, BCCI has hired one such individual in Kumble.

Kumble, in corporate parlance has played the perfect role of a chairman, mentor and guide. He has scripted a comprehensive vision and direction for the group. He is the best person to coach and mentor this team. His achievements are far higher than any player in the team and that alone allows him to command the respect of the team. That unfortunately was not the case with his predecessor Ravi Shastri who Kohli spoke highly about. Captains sometimes like coaches who have achieved less than them for obvious reasons.

Cheerleaders cannot be coaches or chairpersons. They end up being puppets in the hands of a captain or the chief strategy implementer and that does not augur well for an organisation.

6. If you throw peanuts, you get monkeys
BCCI has a formula for sharing revenues with the players. It has not been interpreted correctly or has not been adhered to by the BCCI for many years. Players have complained about low wages in the past and continue to do so. Kumble took up the cudgels at the behest of CoA. Kohli too made a case for the players. Manchester United’s wage bill is £220 million on revenues of £515 million. A whopping 43 percent. In 2014, Mumbai Indians had a wage bill of Rs 60 crore on a revenue of Rs 177 crore—a good 34 pecent. Average corporate wage bills are nearly 25-30 percent of gross revenues. In contrast, BCCI’s wage bill is about 4 percent of total revenues. By this yard stick, BCCI is hardly paying its players who are its core assets. There is a strong case for the players and the coaching staff to be paid more than what they currently make. If Kumble and Kohli have asked more for the players, they have a case.

In a lot of organisations, executives informally handpick a colleague to fight for their collective rights or benefits. The ones who stick together win. Fair wages are always a desired practice. If an organisation does not believe in fair wages, they should allow their employees to freelance. In the case of BCCI, they should allow their contracted players to play in lucrative foreign leagues and also allow their coaches to take contracts with league franchisees.

7. One firm, one voice, one communication. Loose talking, benefits none
No sooner had the meeting ended on May 21, every news website had Kumble’s confidential presentation in their control. Further, his verbatim observations were also reproduced. The BCCI and its fortress leaked albeit selectively. What was discussed in that room had to stay there because it had implications on decision making. Kumble made a presentation at the behest of the CoA on compensation and benefits. There was no reason for that to be leaked and portray an honest individual in bad light.

Successful organisations debate, decide and then communicate to the external world in one common communication. Allowing every person to communicate would mean distorted facts going out. This sends a shrill to external stakeholders who are invested in the organisation.

9,351
Thank you for your comment, we value your opinion and the time you took to write to us!

Tweets by @forbesindia
Prev
RERA : Knight in shining armour for home buyers
Next
Farm loan waivers not a sustainable solution, to have a negative impact on state's fiscal situation