Far from sacking him, Raghuram Rajan is the man the new govt will need the most 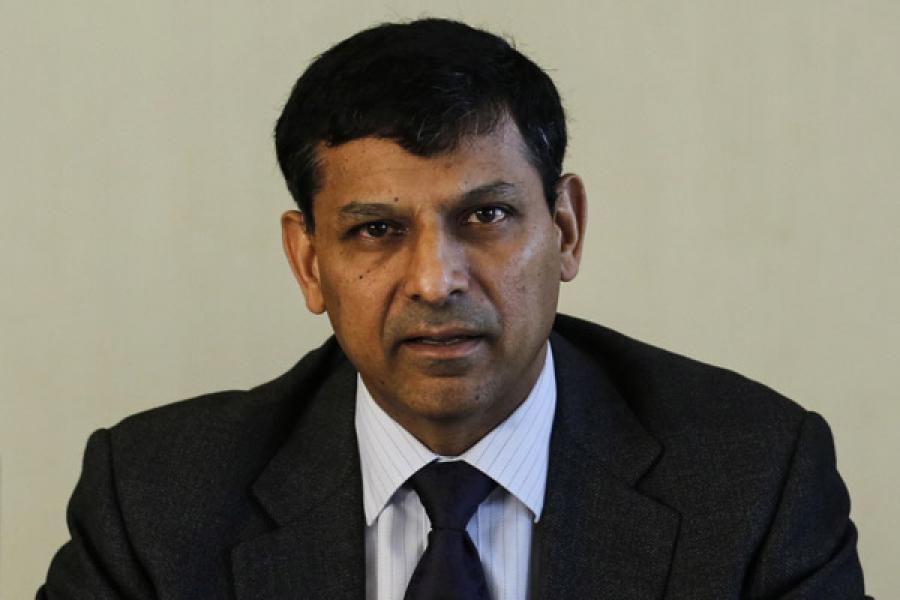 The markets and the business community have begun early celebrations for the formation of a new government in New Delhi which exit polls have said is most likely to be a Narendra Modi-led one. But one look at the latest economic numbers will show that the new government will have a serious challenge on hand in getting the economy back on track and a series of decisive steps will need to be taken on the economic front.

While there were earlier murmurs in some circles about whether the Reserve Bank of India (RBI) governor Raghuram Rajan, who took charge last September amid much fanfare, will be allowed to continue if a non-UPA political formation took charge in New Delhi, the current economic situation brings the spotlight firmly back on RBI and the gentleman who is the chief of the monetary authority.

The consumer price inflation, the figure the central bank has begun monitoring most closely in its shift from wholesale to retail inflation as key benchmark, came in at an ominous 8.59 percent for April, up from 8.31 percent in March, demonstrating that the war on inflation is far from over. The CPI inflation figure stood at a three-month high, driven by a spike in prices of fruits and vegetables.

As if this was not enough, the industrial output figures came in weak as well, with the Index of Industrial Production showing a contraction of 0.5 percent in March, which while better than the sharper 1.8 percent decline in February, still meant industrial production would remain a big worry for policymakers over the next few quarters.

Raghuram Rajan, who took charge when the currency markets were threatening to go into a tailspin last year, has managed to stabilize things with more than a little help from foreign inflows.

In fact, such has been the turnaround that news reports have now begun talking of a new ‘problem of plenty’ for him, with surging inflows likely to take its toll on inflation and the current account deficit (CAD). This is because RBI would have to release rupees into the system to keep the exchange rate in check if dollar inflows keep surging. That, in turn, would take its toll on inflation.

All things considered, despite the uptick in consumer inflation, the June 3 policy review Rajan will come up with is now expected to hold rates. A section of economists feels that this would indicate that inflation trajectory is moving along expected lines, though RBI’s concern over inflationary trends would remain. However, any hopes of a rate reduction which a bullish business community may have been nurturing thanks to a new government coming in will likely be dashed.

Says Indranil Pan, chief economist at Kotak Mahindra Bank: “Inflation trajectory continues to shape up as expected with vegetable prices having normalized. From here, we expect the softening bias to continue till 3QFY15. However, upside risks to inflation remain with the output gap likely to close down in FY2015 and any policy-led momentum swing for the economy by the new government could rekindle inflation fears as supply responses could be lagged. We maintain our call for an extended pause in policy rates by the RBI.”

“RBI is likely to hold its ground in its meeting in June 2014 till the underlying inflation momentum is evident,” adds analytics and ratings major CRISIL.

Evidently, Rajan has no room to pander to India Inc’s expectations on rates. A day before the latest CPI figures came in, Aviral Gupta, founder and investment strategist of Mynte Advisors, said: “Expectation is that, as predicted, a deficiency in monsoon due to El Nino and structural constraints would keep the CPI levels inflated and hence would restrict the much desired monetary easing, as per the stand taken by the RBI in the recent past. Interesting to note is that El Nino has always been active in the parliamentary election years – 2004, 2009 and now in 2014.”

Typical of the markets, celebrations have begun slightly ahead of time as far as the economy is concerned. Even as India Inc hopes for an easier monetary regime, it admits the economy will need some serious fixing by the new government.

Adds Gupta: “The market index level, the euphoria, is not truly reflecting the prevailing India story which has been hit on both the consumption as well as investments side as reflected in the latest earnings. In this regard the expectation is that IIP would remain subdued for some time to come. Even if we have a new government as per markets expectations, the government will take a minimum of a year to bring back derailed issues on track. The pace of reforms will also depend on what all political parties constitute the new coalition and their respective strength in the coalition. In short, it is not going to be easy, such is the froth.”

The froth, typically, will start clearing once the exuberance subsides and the ground realities before the new government is laid out clearly.

However, there is one indisputable fact: far from thinking of replacing the RBI governor, the new government would do well to allow him the flexibility and freedom to keep a close watch on  inflation so that any future reform measures do not lead to serious inflationary consequences.

Rajan knows this only too well, as he demonstrated last week when he said the government could fire him if it wanted but it was he as RBI governor who would set interest rates. A smart government will know that in this situation Rajan is one of the men the economy will depend on the most. Forget firing him, the government will need him for fire fighting. There are quite a few fires still to be fought.

7,137
Thank you for your comment, we value your opinion and the time you took to write to us!