A crepe or an éclair? The world can't wait to lap the French elections up

The emergence of an anti-establishment, pro-business candidate is refreshing, making the French polls an event worth following 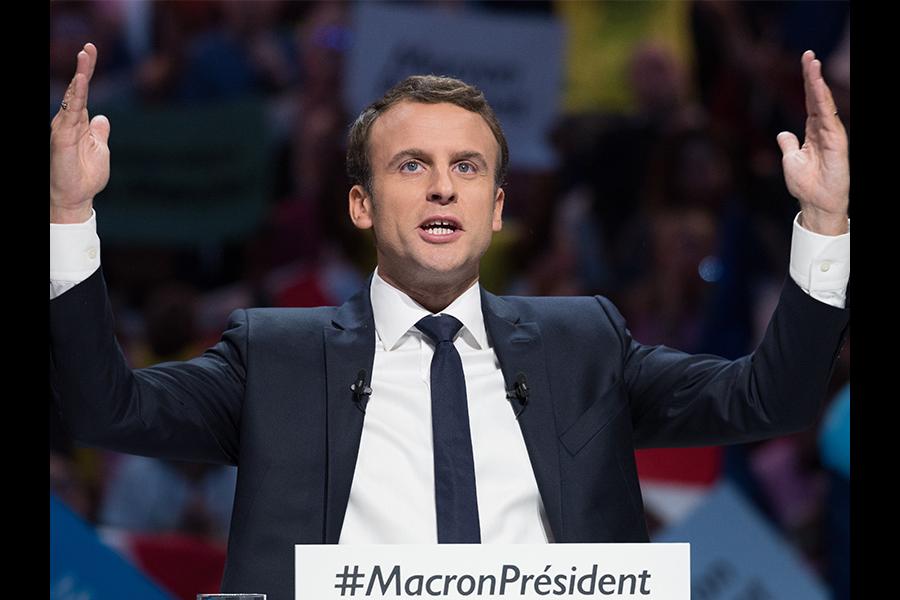 Should Emmanuel Macron win, these elections would go down in history as revolutionary – one that rejected the established, non-performing socialist agenda, one that had the courage to root for a new comer, a rebel and progressive young leader (Image: Frederic Legrand - COMEO / Shutterstock.com)

The French elections are important for many reasons – political and economic. At a time when nationalist, protectionist and divisive politics is making news in every corner of the world, the emergence of a progressive, pro-business and academically strong candidate as the frontrunner is utterly fascinating. It is also most unexpected to say the least.

The man of the moment, Emmanuel Macron, is all of 39, an ex-investment banker. Not only is he anti-establishment (he revolted against the party he was affiliated with, started his own movement by the name “Move forward” in French), he reputedly invited American scientists, academics, entrepreneurs who Trump may be making uncomfortable to move to France. He is an independent candidate, has little or no political experience, was born in a family of professionals and is married to his teacher 24 years his senior. ‘Maverick’ is quite the word for him.

When I first read about Marine le Pen, his closest competitor, I shudder to say, I thought she would have a straight win. Creating borders, protecting jobs and stopping immigration at a time when there have been terrorist attacks and the economy is growing at a zero rate (yes you read that right) for three years sounded to me as just what the citizens wanted to hear. Many have commented that she reminds the world of the Nazis, has a hugely unpopular family background and utters quite a few shockingly divisive things. She is actually a close second and May 7 is one important date to watch out for.

For most of us who have never lived in France and are sitting many miles away, watching the events leading to the election of the French president is much like watching a sport. Apart from the adrenaline rush it is obviously giving us, it is also raising a lot of hope. Should Macron win, these elections would go down in history as revolutionary – one that rejected the established, non-performing socialist agenda, one that had the courage to root for a new comer, a rebel and progressive young leader. Most of all, it is one that voted for a real change. The French will have the world looking at them with extreme admiration. For most of us fence sitters and match watchers, it would ignite hope that their country too will someday, have young educated citizens taking real interest in politics; the go-getters, the achievers may someday, hold more public positions and bring about immense and radical change.

The French are known to throw flour and eggs on people to publicly shame them. John Oliver hilariously commented that “with these baking items, they are on their way to making a lovely crepe, if not anything else”. Here’s hoping that the Elysee serves a perfectly made French dessert - the world can’t wait to lap it up.

6,299
Thank you for your comment, we value your opinion and the time you took to write to us!

Tweets by @forbesindia
Next
From seed to tree: finance function and investor delight