Journey of the 100-Crore Bollywood Film

Salman Khan’s Dabangg 2 which released on Friday is set to breach the Rs 100-crore mark, reckon film trade experts. (It netted Rs 21.1 crore on the opening day, in line with some of the highest grossing films of last two years.) At the end of Saturday, net collections stood at Rs 40.17 crore. Its "Sunday biz (sic) witnessed a massive jump," tweeted film trade analyst Taran Adarsh. With Tuesday being Christmas, collections are expected to pick up significantly and by the end of the first week, the film could well become the latest entrant in the exclusive “100-crore club”.

Now, what really is this 100-crore film that seems to have become the new benchmark in Bollywood, and that which gets producers and distributors to leave no stone unturned in their attempt to break the barrier? Why has the 100-crore film become an essential element in an actor’s CV in order to establish him as a “bankable” star? Is the 100-crore film a myth and a product of impeccable PR machinery? Or is it a result of a transformation in the economics of the film trade? 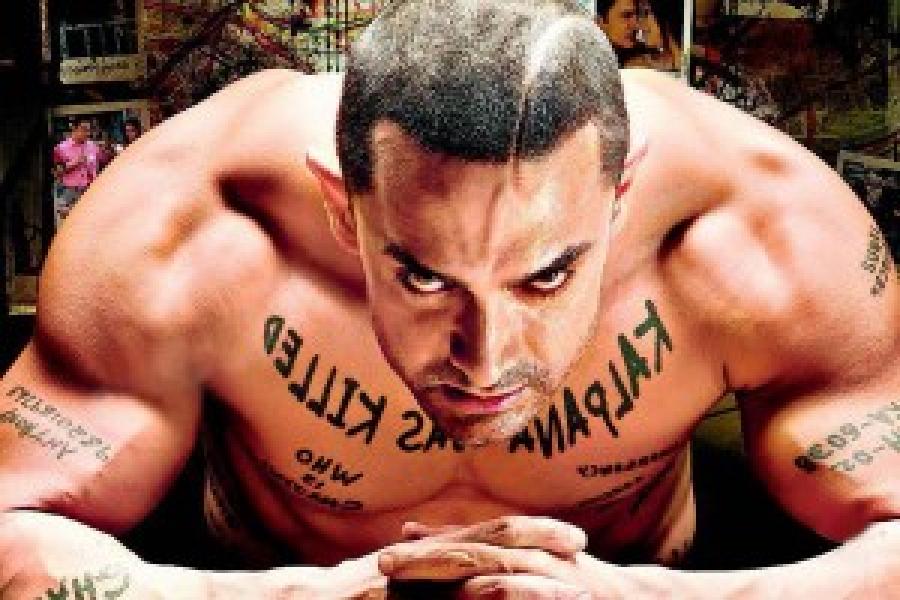 And how, just how, did the elusive 100-crore mark become commonplace over the last few years? Though only a handful of Bollywood movies belong to this excusive and highly aspirational club, the buzz preceding the release of every other big-budget film has its mention. The term has become rather ubiquitous and everyone from the commoner lining the street leading to Film City to the spotboy on the set is talking about it. Let’s trace the journey of the 100-crore Bollywood film and figure out what happened and how.

Aamir Khan was the founder-member of the club in 2008, when his Ghajini became the first Bollywood film to gross 100 crore at the box office, taking only 18 days (less than three weeks) to do so. He followed it up in 2009 with 3 Idiots which took half the time (nine days) to reach the magical figure. Incidentally, 3 Idiots remains the highest-grossing Bollywood film of all time with worldwide collections of Rs 339 crore (domestic + overseas).

In 2011, that figure rose to five films (Ready, Singham, Bodyguard, Ra.One and Don 2) with Bodyguard garnering 100 crore in a record-time of 7 days. Suddenly, every top Bollywood actor (including the Khans most definitely) was in a race to make it to the exclusive club. Salman Khan had breached the mark thrice in succession, while Shah Rukh was the last of the ruling Khans to get an entry into the coveted club.

In 2012, so far, eight films (Agneepath, Housefull 2, Rowdy Rathore, Bol Bachchan, Ek Tha Tiger, Barfi!, Son of Sardaar and Jab Tak Hai Jaan) have grossed 100 crore. Salman Khan, who’s become his own competition when it comes to box-office collections, bettered his previous record set by Bodyguard as his Ek Tha Tiger broke into the 100-crore club in five days flat. (The film is the highest grosser of the year with worldwide collections of Rs 246 crore.)

With about a week to go for year-end, Dabangg 2 could be 2012’s ninth film in the 100-crore club, and Salman’s fifth straight – a “historic record” as trade analyst Taran Adarsh puts it. Meanwhile, Aamir’s Talaash, which is still running in the theatres, has netted Rs 93.4 crore so far (by the end of the third week). From one to two to five to eight [films], and from the Khans and Ajay Devgn to Hrithik Roshan to Akshay Kumar to Ranbir Kapoor – Bollywood’s 100-crore club has only grown manifold. While the number of films making it to the figure has increased, the time taken to achieve the feat has gradually come down. At this rate, 2013 should have many more films and many more actors inhabiting this club which is fast losing its exclusivity.

Here are some factors at work:

Inflated Ticket Prices: The average ticket size at a multiplex today is Rs 140-150, compared to Rs 60-65 in single-screen theatres, according to BoxofficeIndia.com, a film trade portal. Prices at premium chains like Inox and PVR can be as high as Rs 300-350 on weekends (Friday-Sunday), which fetch almost 80% of theatrical revenues earned by a film. (The rest of the business happens during the “lean” Monday-Thursday period.) On festive weekends, multiplex operators undertake a 10-15% hike in ticket prices. For 3D films, the rate is even higher. In big cities, single screen theatres, too, have increased ticket prices. For instance, the average ticket price across single screens in south Bombay is Rs 90-100.

Growth of Multiplexes: Multiplexes have grown phenomenally in the last five years and completely changed the dynamics of the film business. There are close to 1,400 multiplex screens [India has a total of 12,900 screens] which constitute nearly 70-75% of a film’s box-office revenues. By 2015, the number of multiplex screens is estimated to rise to 1,925, according to the FICCI-KPMG Report on the Indian Media and Entertainment industry. Despite high ticket prices, multiplexes have become a preferred choice for cine-goers; the variety of films on offer, a better viewing experience, food and beverage counters and gaming zones etc ensure that audiences keep coming back.

Digital Prints and Wider Releases: Both are correlated.With the adoption of digital technology, more and more screens in India are becoming digitised from analog. This is allowing producers to have a much wider release of their films with a massive number of prints. (Digital prints save costs and can be attained fast.) For instance, in 1995, Hum Aapke Hai Kaun released with 500 prints which was a landmark then; in 2009, 3 Idiots released with 1,000 prints which was considered a huge number; in 2011, Eros released Ra.One in 3,100 plus screens and in 2012, Yashraj released Ek Tha Tiger with 3,400 prints in India and 500-600 prints overseas. This number will only grow and with releases getting wider by the day, sky-high theatrical revenues are becoming a routine of sorts.

Extended Weekends/Festivals: Most 100-crore films have utilised long weekends and festivals to the fullest, during which audiences drop in huge numbers and a film’s repeat value is high. Producers have often sacrificed a Friday (which was once sacrosanct as a release day) and tweaked their schedules to make the most of festivals by clubbing them with the traditional three-day weekend. For instance, Bodyguard released on a Wednesday and a five-day weekend surrounding Eid followed; Ek Tha Tiger released on a Tuesday and a six-day weekend with Independence Day and Eid followed; Golmaal 3, Ra.One, Son of Sardaar and Jab Tak Hai Jaan released on Diwali which fell in the middle of the week and a lengthy festive weekend followed; Ghajini, 3 Idiots and Don 2 released on the Christmas week, gaining heavily from the festive spirit and New Years’ holiday.

All these elements simultaneously create a 100-crore blockbuster. Gone are the days of silver jubilees and golden jubilees which measured the success or failure of a film. Today, the fate of a film is sealed on the opening day itself or at best, on the first week. The biggest of films have a run of only three to four weeks at the theatres as more and more new releases knock at the door and eventually push the incumbent out. Some myths surrounding the 100-crore film need to be busted. The film trade, today, is mostly concerned about the gross collections at the box-office and not the real amount pocketed by the producer. After deducting entertainment tax (35%), the gross collection reduces; the exhibitor’s share of 49-52% (depending on the week) from the new amount further brings down the producer’s share. It is rare when a producer manages to pocket a profit on his film.

For example, Ra.One which netted Rs 107 crore in India failed to recover its cost of production (Rs 150 crore) from theatricals alone. But overseas collections and other ancillary revenue streams (satellite rights, home video and digital) helped it break-even. 3 Idiots, on the other hand, earned nearly four times (Rs 202 crore) its production cost (Rs 55 crore) at the domestic box office itself.

In an increasingly competitive film business, it is left to be seen how many films truly qualify as “100-crore” successes in the years to come.

162,665
Thank you for your comment, we value your opinion and the time you took to write to us!