It was clear from the start that Putin wanted Crimea for Russia and ever since the US took the military option off the table, there’s been only one winner.

The US-EU sanctions against Russia and the separatist Crimeans should have sent a strong message. Well, they did. The message was: we can’t really do much, Vladimir.

The problem for Obama and the Eurocrats is that Russia is not Libya or Iran or Syria – it is a fearsome nuclear power with the ability to wage full scale military war. They cannot simply dictate policy and send in the marines. While Russia may not be the global hegemon that the US is, it is a superpower in Eurasia and Central Asia – a region that will only grow in international significance. It is also led by a (relatively) authoritarian, nationalist leader and as such, the West must rethink the status-quo if it wants to salvage relations after the crisis in Ukraine. 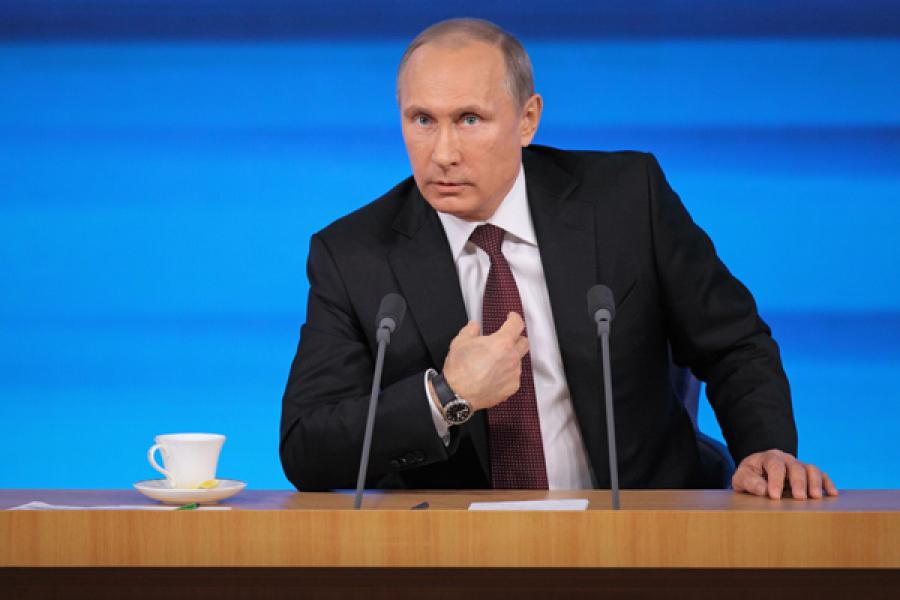 “Putin may have won the battle, but he hasn’t won the war!” says a Ukrainian friend of mine, living in Kiev. The sentiment there is gloomy. It was clear from the start that Putin wanted Crimea for Russia and ever since the US took the military option off the table, there’s been only one winner. Putin has struck when Ukraine and Europe were divided: even in the drafting of the initial sanctions, there was widespread disagreement between EU members. Most critically, Ukraine is not an EU or NATO member and thus, lies vulnerable. The Crimea is also geographically, relatively, unimportant. It isn’t sitting on crucial trade routes or oceans of hydrocarbons like the islands in the South China Sea. Putin made a song and dance about showing Crimea and its parliament going through a ‘democratic process’. In short, America isn’t going to go to war over Crimea and so perhaps Putin has ‘won the battle’. He’s operated with ruthless impunity and put the interests of his country first and foremost – the classic hallmarks of a superpower. Obama’s rhetoric will be strong but beyond inconveniencing a few mid level politicians, he can’t do much.

Ukraine’s only hope – the only major geopolitical player with chips in the pot – is the EU. Unfortunately, the EU is not a single, coherent force. Angela Merkel and Germany have worked hard to establish close relations with Russia (Germany is Russia’s biggest trading partner in the EU) and will not sabotage their economic ties with serious sanctions. The reason is simple: energy. Roughly a third of Western Europe’s natural gas comes from Russia and roughly a third of this is piped through Ukraine (the rest comes through Germany via Poland and to Germany via the Baltic Sea). In 2009, issues of gas pricing led to a stand-off between Russia and Ukraine, similar to the one many commentators foresee happening if full scale economic sanctions are implemented, where Russia cut off gas to Ukraine but still sent it to Europe. Today, energy traders in London say full economic sanctions would lead to gas prices spiking 70-80%, diesel from Russia going up 60-70% and generally ending in disaster for major economies that negotiate these enormous deals on large bilateral contracts.

Ukraine itself needs the income from gas transit through its pipelines and interestingly, all the big Russian gas companies have put out daily statements emphasizing that it’s business as usual. In short: the taps will not be turned off unless something serious happens. In a globalised world, trade trumps troops.

Russia has always been portrayed as a bit of a wild card to the outside world by the global media. Putin is playing to his base at home and ‘reuniting Crimea with the motherland’ will do his domestic ratings no harm. Russian state media will make sure of that. But young Russians themselves, especially the many living outside Russia, are conflicted over the issue. They point out that Russia isn’t in the best shape economically and to divert attention, Putin is ratcheting up anti-American sentiment. What’s striking is the affinity with which many Ukrainians and Russians speak about each other – making sure to leave Putin and the politics out of it. A friend of mine, like many Russians, has relatives in Crimea. She says she feels ‘offended’ that the new government in Kiev wanted to join the EU.

This seemed like a test from Putin, to see how the international community would actually respond. Mere condemnation is no consolation for the Ukrainian people. Whether it’s the EU or Nato or Russia, smaller nations need to a pick a side or risk being pawns on the chessboard.

6,429
Thank you for your comment, we value your opinion and the time you took to write to us!