How YouTube has Changed the Way I Consume Music

YouTube has introduced me to curated music channels that know my taste, which’ll do the listening and screening for me. 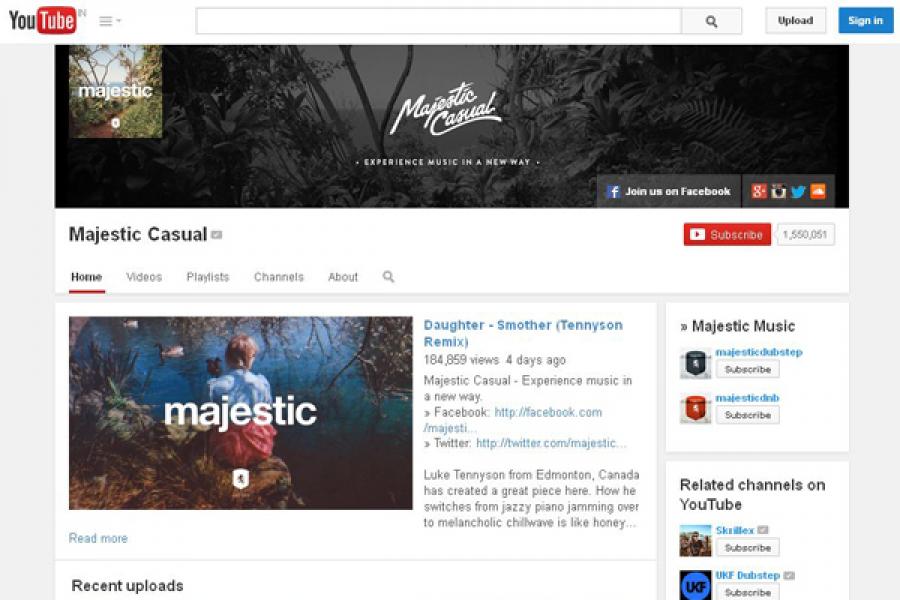 We’ve just had shelves installed at home to house my dad’s vast CD collection. I remember, soon after I got my first laptop in 2007, I’d raid the CD rack and copy everything from The Doors to Miles Davis onto my iTunes. Maybe it was just me, but I’d rarely love more than half the tracks on an album – even a ‘Best Of’ collection. This was fine because, well, the music was ‘free’. But when I bought new albums myself and found that only 3 out of 12 songs were genuinely to my taste, I felt like it was a bit of a waste. I don’t face that problem anymore, because YouTube has introduced me to channels that know my taste, which’ll do the listening and screening for me.

The kind of artists in genres that I like (funk, electronic, lounge, etc...), don’t do conventional albums. They release music on EPs (‘Extended Play’ records contain 4 songs as opposed to 10-12 in a regular album) and many times, the records contain different mixes or interpretations of the same song. With music making tools available for free and talented kids reinterpreting songs from their basements, there’s not enough time to sit and sample everything. Step forward music curator channels like The Sound You Need (Over 1.2 million subscribers) and Majestic Casual (over 1.5 million subscribers); by comparison, mainstream content juggernaut, Sony Music India’s YouTube channel has just under 1 million subscribers. Music Channels like Majestic Casual will post 1-2 of the best new songs in their particular genre each day via Facebook, Twitter and YouTube so subscribers can keep up with new sounds and not get lost in the maelstrom of modern, Indie music.

Just like BuzzFeed or Huffington Post curate news content and trends, YouTube Music channels allow music fans – especially those interested in music outside the pop songs played on radio and TV – to get the new tunes they like without having to listen to everything out there. I don’t buy the argument that modern music is any worse or less nuanced than it was in the past – something many from older generations usually point out. I simply believe that because everyone has the ability to share their music over the internet, there’s a lot more music out there than ever before and sifting through the mediocrity to find artists and sounds you like is harder than ever.

That’s why I welcome the platform that YouTube has given competent curators. If there was a channel catering to funk music on TV, I’d watch it all the time. But music channels on TV are mostly just commercials with a few songs in between. And there’s probably a reason for that: hardly anyone is paying for music any more. Every video Majestic Casual posts gets hundreds of thousands of views in its first few days; maybe YouTube music channels and the artists they showcase are making money from the ads their pages host. I don’t know whether artists can sustain themselves only on gigs/touring in the internet generation. I do know, however, artists like the brilliant Slovenian producer, Gramatik, who releases all his work for fans to download for free and takes donations from a global army of online followers.

In the age of the smartphone and, more importantly, the auxiliary input cable (colloquialised by youngsters simply as ‘the Aux’), everyone is a DJ. At social gatherings or during long car rides, people constantly jostle for the honour of playing their music and as soon as interest in their tune wanes, someone else steals the cable and plays his or her set. What I like most about music platforms like YouTube and Soundcloud, is that music fans can download entire (ad-free)1 hour sets from the DJs they trust. Just as a journalist, Twitter allows me to follow other journalists whose views I find relevant to get the insights I want, as a music fan I no longer have to pick and create my own playlists because talented musicians have already done it for me.

Maybe I’m just the kind of person who prefers professionals fund managers to handle my investments rather than stock-picking haphazardly myself. The same logic applies to my music: I trust channels to deliver new tracks that I’ll almost certainly end up liking. No more wading through albums for songs that you might like – just find a set or a playlist you trust and let the curator do the rest. I would love to sit and sort through tracks all day but there is just too much good music in the world and not enough time to consume it all!

8,182
Thank you for your comment, we value your opinion and the time you took to write to us!