The Indian in Berlin Who's Planning Your Euro Trip

Imagine you’re in the UK on holiday and you want to get from London to Edinburgh quickly, on a budget. At £35, a 90-minute flight is clearly the best way to go, right? A train would surely take much longer? Wrong. Perhaps you haven’t factored in the time, cost and effort it takes to get to one of London’s far-off airports by train. Or the convenience of arriving by train directly into central Edinburgh, as opposed to taking a taxi from the airport.

Travel route comparison and booking website GoEuro.com takes all this into account, giving travelers a comprehensive end-to-end booking option. Naren Shaam’s Berlin based start-up shows that a train/flight/taxi route to Edinburgh would take 4 hours 25 minutes and cost £ 46.69, whereas going by train alone would cost only £5 more, take just as long and be far more convenient. 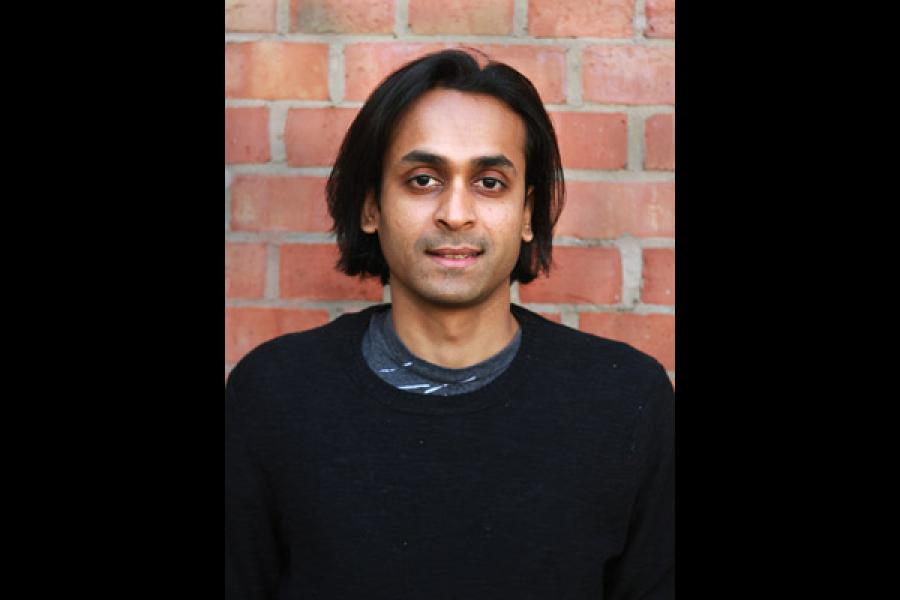 Founder and CEO of GoEuro, Naren Shaam, 31, a Harvard MBA from Bangalore, moved to Berlin 2012 after leaving a high paying Wall Street job. He got the inspiration for his start-up after traveling around Europe himself. “I've traveled to 50 countries and Europe has the best ground transport infrastructure I’ve ever seen” he says “But the consumer experience is fragmented, because each country’s rail and bus services have different systems.” His 55 strong team, comprising 22 nationalities with an average age of 24, crunches data from private and state transport operators to give customers an easy way to plan travel. GoEuro works by providing them with aggregated air, rail, bus and car travel options, allowing them to book their travel – often at a discount – in a bundle. “The airline industry was one of the first to go online” he explains “The 3 letter code for London Heathrow, LHR, is the same anywhere in the world. The ground transport industry hasn’t caught up for 20 years.”

Replicating the standardization for ground transport is a huge challenge. The UK and Germany have some 25 airports each, says Shaam, but the UK and Germany have 4,000 and 10,000 train stations! The task is difficult but the potential for market dominance led investors like Battery Ventures, Hasso Plattner Ventures (HPV), Dave Baggett and Jeff Sagansky to put in some $4.5 million at the seed stage in March 2013. Shaam says the prize is the €350 billion European travel market (excluding hotels) which is two thirds rail and buses. GoEuro currently operates in the UK, Germany, Spain, Belgium, the Netherland and Luxembourg and attracted another multimillion dollar investment (exact figure undisclosed) in January 2014 from Lakestar Venture Capital. “Every day in Europe there are roughly 19 million passengers on ground transport.  I invested in GoEuro because of its ability to bring functionality and data to all them” says Manu Gupta of Lakestar.

Berlin’s burgeoning tech start-up scene is 7 hours flight from Shaam’s brother in New York and 7 hours from his parents in Bangalore. He left India 12 years ago and has had to adjust to a new pace of life in Germany. “The US is a very open culture, Germany is a little more closed in making friendships” he says, “But things work on time in Germany! I don’t ever have to ask for something twice. I can focus on the bigger things because people stick to their promises.”

He travels to 2-3 countries a week, building extensive relationships with large rail monopolies that have historically never shared data. “Naren is a great guy and we were impressed by his achievements and tenacity. The fact that he swooped in to Germany and got so many rail and bus partners in such a short time while companies with much more funding weren’t able to achieve that is a testament of both” says Yaron Valler of HPV.

Already onto his 4th passport book, Shaam is only in Berlin for 10 days a month. Shaam has watched the city blossom as a creative hub for the tech scene. “High quality founders attract talented young people” he says, “A year ago, there were less than 5 good companies - Soundcloud being the biggest. Now there are 15 company raised from blue chip funds like Sequoia. What’s missing is one round of exits, so early employees cash out and reinvests in new start ups”. He says company has grown too fast and instilling a cohesive culture into the young team while holding off potential competition from Google will be a tough task. Indeed, for all their praise, investors will want to see revenues and return on their investments, something that Shaam is not focused on at the moment. His primary concern is perfecting the product and getting to market; since GoEuro have not disclosed revenue or user data, it is difficult to see how their business model will pan out.

Holding on to their techies won’t be easy either: in an ecosystem like Berlin, with relatively cheap rents and a large English-speaking techie crowd, there is no shortage of enterprising start-ups looking for talent. But for now, the former investment banker is relishing the new challenges in his frantic life. “I can explore cities as part of my job” he says excitedly, “On Thursday and Friday I work in Rome and on Saturday and Sunday I can explore Pompeii!”

15,843
Thank you for your comment, we value your opinion and the time you took to write to us!