Pivoting out of a commitment trap 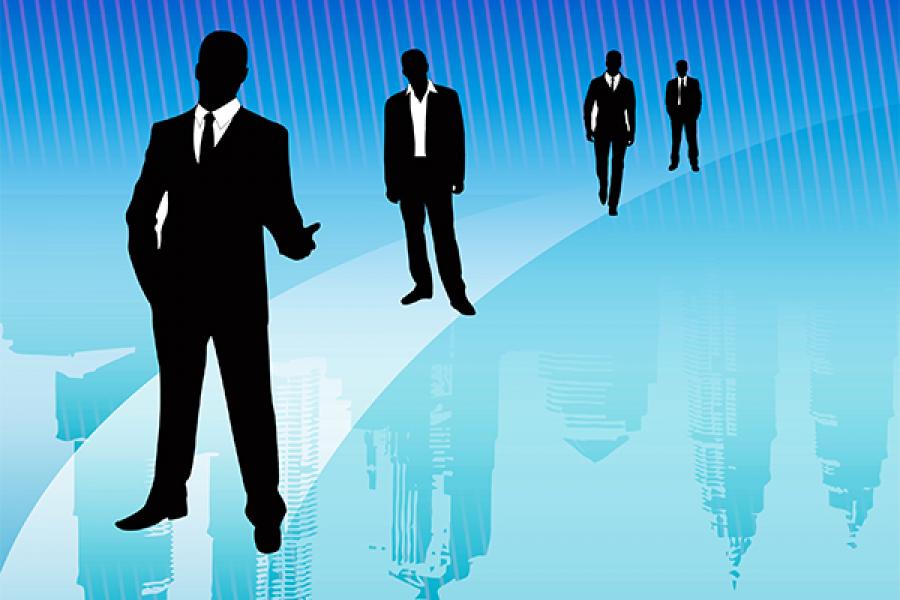 In January 1992, my wife and I pulled out our roots and moved across the US with our one-year-old son to Silicon Valley, the global mecca for tech startups. It was a big bet – I was leaving a well-paying senior engineering role at Sun Microsystems, and my wife was quitting her job of managing a team at spreadsheet pioneer Lotus Development. But the startup call could not be ignored. How often does one get a chance to co-establish a company at the forefront of what appeared to be a new wave of personal computing?

After closing Series A funding for Ink Development and working like crazy for two years, building a team, shipping products, and closing distribution deals, my partners and I determined that we had massively misjudged how fast the market was maturing. It was not slow – it was not happening at all! Looking back, it turns out we were off by about 19 years. We were building applications for iPad-like computers about 19 years before the millionth iPad shipped. Without a fast-growing high-volume device market, there was no hope of low-cost consumer applications making any money. There we were, committed to our ideas, to customers, and to our team, building products for a non-market.

The word “pivot” had not yet been applied to tech startups, but that’s what we had to do – to make a major change in strategy and/or execution. Pivoting was a gut-wrenching experience, for in our case, it was no small course correction. When we saw that our bets in the tablet computing non-market were not materialising, we made a “side bet” on ecommerce. Ultimately, our side bet had to become our only bet. And we had to raise more money and keep the team going at the same time.

There were three key factors that made our early 90s pivot a success. First was leadership alignment. Everyone on the team agreed we had to pivot. We divided responsibilities, some keeping the revenue-generating commitments of the old biz going, while others focussed on the new opportunity. Second was revenue. We managed to close an ecommerce development contract with AT&T that paid the bills for quite a while. We could not have succeeded without that revenue that bridged us from old biz to new. And the third was having good investors. Our VCs had bet on us as a team, and when they saw us finding a path out of the wilderness to what appeared to be a brighter future, they were 100 percent supportive. They got out of the way and let us make it happen. Without all three of those factors in our favour, our pivot could not have created an entirely new company called eShop that we ultimately sold to Microsoft three years later for a handsome return.

As my partners and I at Unitus Seed Fund invest into aspiring entrepreneurs in India, we look for more than talent and a promising business. We look for entrepreneurs who we believe have the tenacity and courage to get through the hardest times of a startup, which could mean a complete pivot, like the one I experienced some 20 years ago.

Sometimes we get this right, and sometimes not. This brings me to the story of a more contemporary company in South India, VillFarm, which is still in the midst of a hopefully life-rejuvenating pivot. We invested in Chennai-based VillFarm about three years ago. The founders were onto what looked like a breakthrough in the model for distribution of agricultural products used by rural small-holding farmers. Over the following year, it became clear that while their new take on the “village level entrepreneur” model could work at a small scale, it was not going to be able to grow with sufficient profit margins to ever produce material scale, little less an acceptable return to investors. We and the co-founders realised fresh thinking was needed. So we brought in an entrepreneurial strategy consultant, Sundar Mahadevan. He worked with the team to analyse what was working and what was not, and to identify key assets and insights developed over the previous two years. They concluded that using farmers as entrepreneurial micro-distributors was not going to work. But they also found that they had some diamonds in the rough, discovered via their work with university and government agricultural labs. Thus began their pivot from product distributor to product innovator. Recently I asked Sundar (who ultimately took the role of VillFarm CEO) if he felt the founding team truly understood the need to pivot, or were they too close to the biz to see the need for change? His view was that they had an inkling of what was working and what wasn’t, but that they were somewhat caught in a “commitment trap” – of having said something in the past and now not wanting to say something to the contrary.

As I look across all the startups I’ve known to have successful pivots in comparison to those that failed to do so, it’s clear to me that one common and fundamental need is having leadership with the courage to escape past commitments and move on to new opportunities. Doing so is especially hard when commitments were made to friends and family who invested, to team members you’ve hired, and to customers who’ve signed on to your vision and your products. But when looking at the reality of a startup path that has no future, there comes a time when there is no other option. In some cases, the most viable path requires that you break – or, preferably, renegotiate – commitments, and in these cases, it’s critical to do so in the highest-integrity way possible. And then you pivot to the new direction and put all you’ve got into succeeding.

Entrepreneurs who can execute such a pivot are those with courage, conviction, and tenacity to ultimately come out winners. These are the types of entrepreneurs we and every other VC looks to invest in.

- By Will Poole, Co-Founder and Managing Partner, Unitus Seed Fund

4,347
Thank you for your comment, we value your opinion and the time you took to write to us!