Is bigger better? Study shows that people choosing bigger are more likely to steal, cheat and break the law

The title of this article might lead you to believe that I'm writing about Toronto's rotund and infamously dishonest mayor—Rob Ford—and it may just be that I am, even though I am not. Do read on...

This post is in fact about a very interesting research paper I came across a few days ago via the Harvard Business Review. The paper posits that  the increasing size of our man-made environmental choices correlates to the increasing propensity to lie, cheat and steal. This has vast (pun intended) implications on the size of the spaces we occupy, live in, and build into cities.

In a paper published in the November 2013 edition of Psychology Science, compellingly titled The Ergonomics of Dishonesty- The Effect of Incidental Posture on Stealing, Cheating, and Traffic Violations, the authors state that the "design of human-made environments influences thought, feeling, and action". In their words, "If expansive postures can lead to a state of power, and power can lead to dishonest behaviour, this suggests something of real concern—the ordinary expanded (versus contracted) nonverbal postures forced upon us by our environments, which we happen (sic) or choose, could impact our decisions and actions in ways that render us less (or more) honest."

The results of their experiments in lab and field environments are both striking and important. The team found that choosing more space or a bigger size had a direct correlation to the abuse of power. Study participants who adopted more expansive postural choices were more likely to be silent when overpaid i.e. more likely to steal. Participants in larger cubicles cheated more often on tests. Drivers in larger cars with larger seats, incurred more traffic violations. The research paper states that the probability that the [larger] vehicle [with larger seats] would be double-parked increased from 51% to 71%. That is no small difference.

In the context of a corporate environment, and in the design of offices, it forces us to ask whether the larger office accorded to leaders, incents corruption. In terms of the cities we live in, it begs the question whether large, suburban communities are in fact neighbourhoods of individuals who are unknowingly being conditioned to lie, steal and cheat. 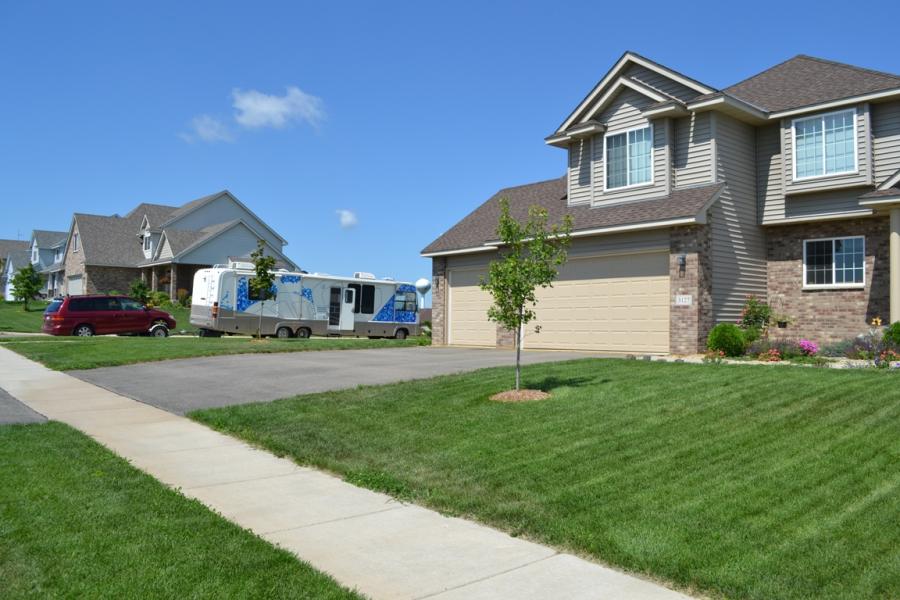 The size of the average new, suburban, single-family home in the USA (and generally across Canada as well), has grown from 1,660 sq ft in 1973 to 2,392 sq ft in 2010 (source: www.census.gov), even as the average family size has declined from over 3 persons per home in the early 70s to 2.58 persons per home in 2010--that's more home per person. Has this need and greed for more impacted a generation's ability to distinguish right from wrong?

Urban economists and researchers generally agree that sprawling suburbs are more expensive to build and live in, and far more environmentally destructive in their making than more urban, compact communities. Car-dependent, suburban development also leads to lower health and quality of life outcomes (see: Sick of the Suburbs, a PBS miniseries). This research, though qualified as needing more investigation, begs the added question: Are suburbs with their large homes and footprints also turning us into more likely liars, cheats and thieves?

Turning for a moment to the globally infamous Rob Ford, Mayor of Toronto, my friend Zack Taylor's mapping of the 2010 election results for Toronto by geography clearly shows how the suburbs voted very strongly for a candidate who even then was recognized to be a dishonest and lying individual. Rob Ford has been in the news lately for his (near-)criminal behaviour, drug and alcohol addiction, bullying, intimidation and lying, and a lot more that doesn't befit his office. The further to the periphery one goes, and the more suburban and larger-sized the urban footprint, the stronger the support for Ford. This contrasts dramatically with the support for his opponent in the more compact, urban core of the City. Not everyone in the swathe of blue voted for Ford, but a lot of them did. Was his opponent better? What does that say about the choices residents in suburban communities in Toronto made? Who votes for a mayor like Rob Ford. Map courtesy: Zack Taylor http://www.huffingtonpost.ca/zack-taylor/who-votes-for-rob-ford-_b_4275869.html

The next time you make a choice about size—be it a new house, a car or even an office chair—think a bit about what that choice might mean in terms of its subconscious impact on your ethical constitution. Is this need for bigger and more a slippery slope that confuses your ethical compass? This piece of research has touched on a yet unexplored facet of urbanism and human behaviour, that I believe may merit more attention. It may be yet another evidence-based reason to curb sprawl and build more compact, walk-able communities, ironically in a society less and less inclined to believe in facts.

P.S. My Toronto is far more than a dishonest, lying and bullying politician (who is the best thing that happened in recent memory to late-night comedy circuits). In defence of one of the most diverse, inclusive and vibrant metropolises in the world, do give us a chance. Come visit, come stay!

8,789
Thank you for your comment, we value your opinion and the time you took to write to us!