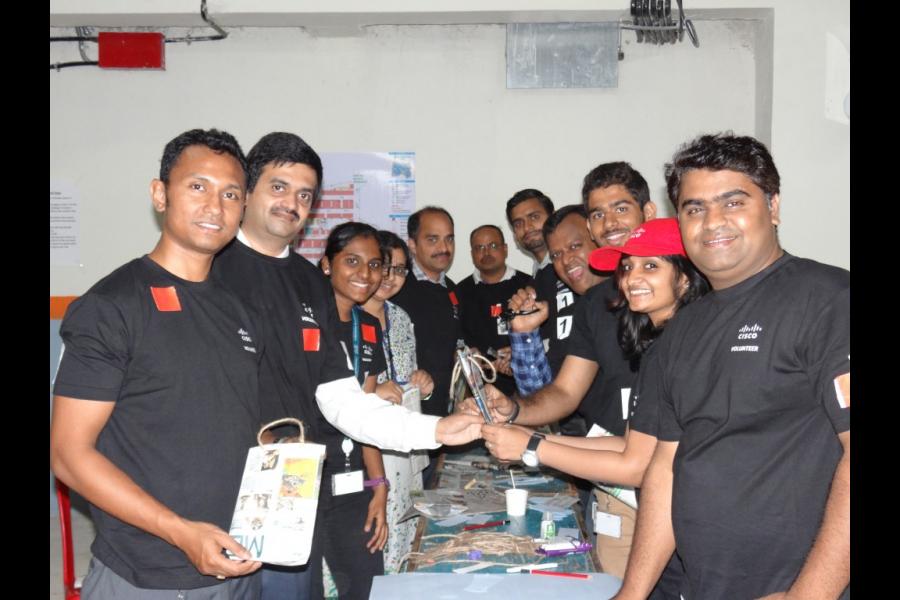 Since its establishment in the country, Cisco India has been committed to drawing upon its technology leadership to give back to society. From cutting-edge telemedicine initiatives to children’s health care programmes to childcare services, Cisco India takes the lead in integrating with the country’s recent CSR law and adapting and extending the reach of global CSR strategies to ensure maximum impact. Not only this, Cisco India aligns its social responsibility strategies with the company’s focus on government initiatives such as Digital India to ensure maximum positive impact on the community it operates within.

NextGen spoke to VC Gopalratnam, head of Cisco Civic Council in India and member of Cisco Foundation for the Asia-Pacific Japan and China region, to understand the company’s views on the impact of the law on the Indian CSR landscape as well as Cisco’s initiatives in the local CSR domain.

Welcoming the CSR mandate While the ministry of corporate affairs released the draft rules governing Corporate Social Responsibility (CSR) under the New Companies Act 2013, CSR has long been an important area of focus for Cisco India, thanks to the importance it has been given at the global level. In 2015, Cisco was named in Fortune magazine’s first ever “Change the World” list, which recognises companies that have made significant progress in addressing major social problems as part of their core business strategy.

“The Companies Act was less of a challenge for firms like Cisco that were already very active in CSR in India prior to the law’s enactment,” says Gopalratnam. “The landmark legislation, although a mandate, gives corporates in the country the flexibility to implement activities that fall within their strong-suits. This law has been perceived positively within the organisation as another opportunity to give back to the community.”

Extending the power of global CSR strategies for local impact
As an organisation, Cisco sees digitisation as a powerful enabler of change when it comes to solving some of the world’s most pressing problems.  The company states that its CSR vision is ‘to empower people and societies to thrive in this new digitised economy to create exponential social, environmental, and business impact’. Given this goal, at a global level, Cisco has identified five focus areas to function as core pillars of their CSR strategy: Governance and Ethics, Our People, Society, Environment, and Supply Chain. In India, the company’s CSR initiatives are focussed on three core areas:

a. People
Childcare services are offered at the Bengaluru campus to help employees put their families first. The centre provides summer camp facilities for school-aged children and facilities for children of three to six months.

Aligning with national strategy
Cisco’s CSR strategy doesn’t just stop at furthering global CSR objectives: It also extends to becoming involved in national initiatives. During the inauguration of the Cisco Smart City, the organisation demonstrated the immense potential of the government's Digital India programme. The company is focussed on partnering with the Indian government to digitally empower citizens with the Internet of Everything. According to Executive Chairman John Chambers, “The success of the Digital India programme lies in increasing digital literacy among people apart from large-scale digital infrastructure and digitally-enabled government services.”

Employee volunteering
“We believe in a layered level approach for our projects. This means we ensure our set of projects provide an opportunity for employees to be engaged,” says Gopalratnam. Cisco follows a two-pronged approach where employees can contribute their time according to requirements provided by empanelled NGOs, or make contributions in the form of technical expertise to aid NGOs.

The way forward
“The CSR law has now been greeted by corporates with enthusiasm, and to ensure its effectiveness, corporates need to work in unison to make the best use of resources,” says Gopalratnam, who zealously believes in the power of collaboration as the next steps of growth in the CSR space.

11,370
Thank you for your comment, we value your opinion and the time you took to write to us!