Jerusalem - The land where it all began

'Is it safe?' is a question I get asked a lot when a conversation veers towards my recent trip to Israel; Jerusalem in particular. This city often finds itself in the news given its geographical proximity to the Palestinian territory, the ensuing conflict, and has, so far, lost out to its trendy counterpart, Tel Aviv, owing to the latter’s advantage of white, sandy beaches, modern architecture, and its reputation of a party town in the Middle East. My answer to this question however, is always a resounding yes!

Jerusalem is intense. There is no doubt that religion is the main draw for millions of pilgrims walking through the cobbled streets of this ancient land. But the city has also worked hard to shed that tag, and I was pleasantly surprised to see that Jerusalemites can live it up as well as any! While a visit to every place of historical significance could leave you culturally overwhelmed, here are a few experiences that will make your stay worthwhile. 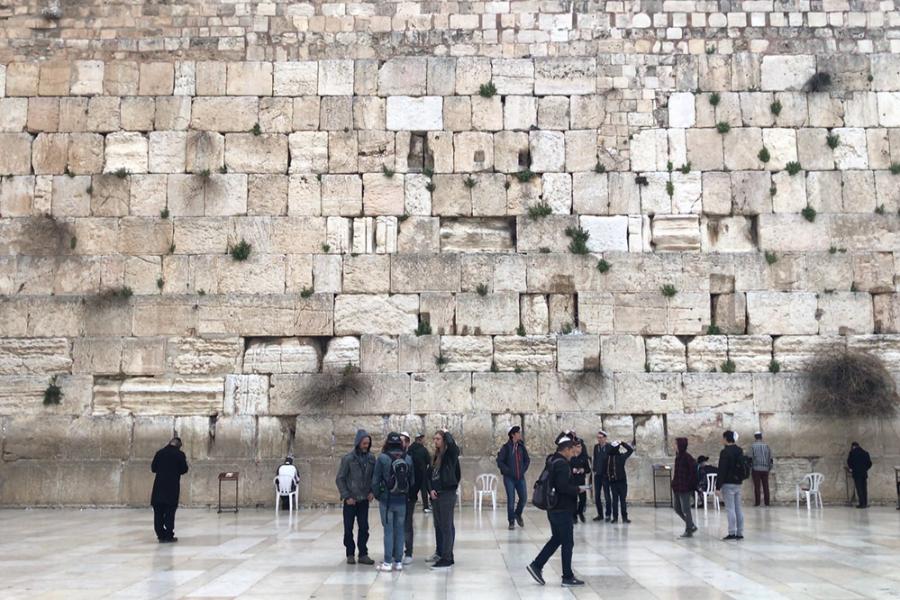 Old City
This tiny 1 square km land is the closest thing to ‘heaven on earth’ but not for the reasons you may imagine! The Old City, in which three major religions are rooted, is divided into Christian, Muslim, Jewish and Armenian quarters. Major points of interest in the Old City include:

Western Wall: Located In the Jewish Quarter, this is the holiest site in the world currently accessible to the Jewish people. The Western Wall is the last remains of the Second Temple that was destroyed by the Romans in 70 AD. Here, Jews mourn a tragic past and pray for a better future. They leave prayers in little notes in the cracks of the wall, believing they will be answered.

Dome of the Rock and the Temple Mount: In the Muslim Quarter and just beyond the Western Wall lies the Dome of the Rock, on top of the Temple Mount. It is here, that Prophet Mohammad is said to have journeyed to heaven. Right next to it is the Al Aqsa Mosque, the third holiest site in Islam after Mecca and Medina in Saudi Arabia. 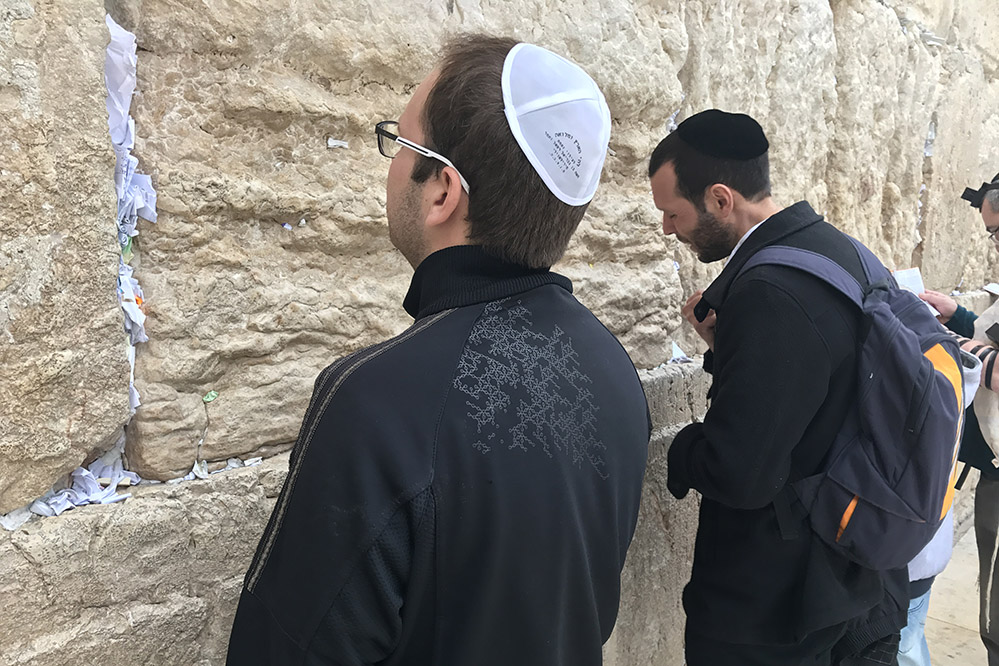 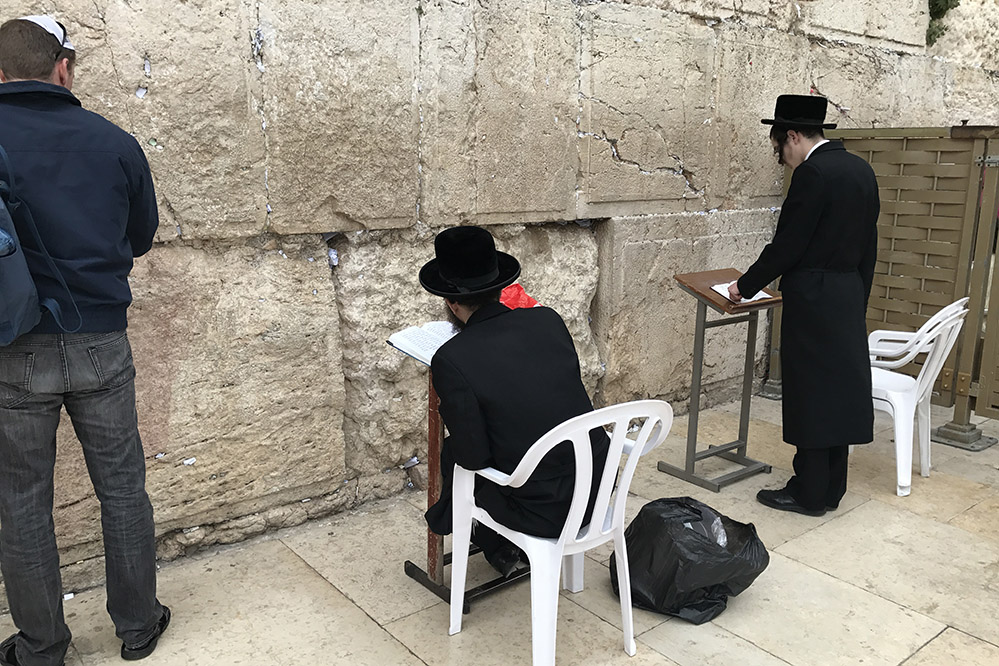 Church of the Holy Sepulchre: Located in the Christian Quarter, this church houses the two holiest sites in Christianity. The Calvary, where Jesus is said to be crucified, is also the most lavishly decorated. The second one is the tomb where Jesus is said to be buried and where he resurrected. As you enter the church, you will spot the prominent Stone of Anointing – the spot where Jesus’ body was prepared for burial. I also found it really remarkable that the responsibility of holding the 500-year-old key and opening the door of the church lies with two Muslim families. This is a tradition that has been passed down several generations. 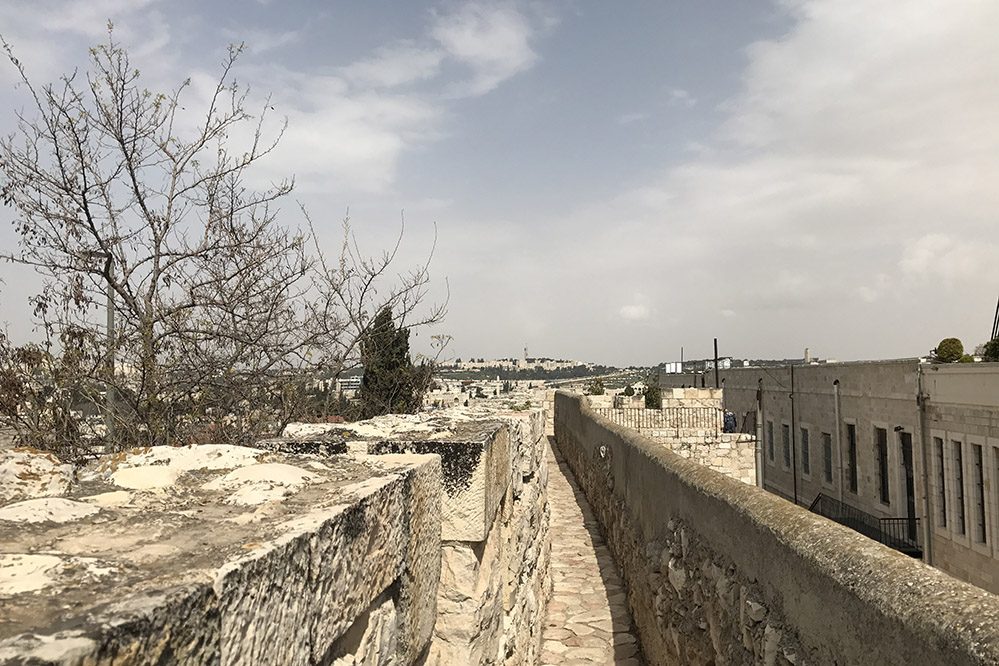 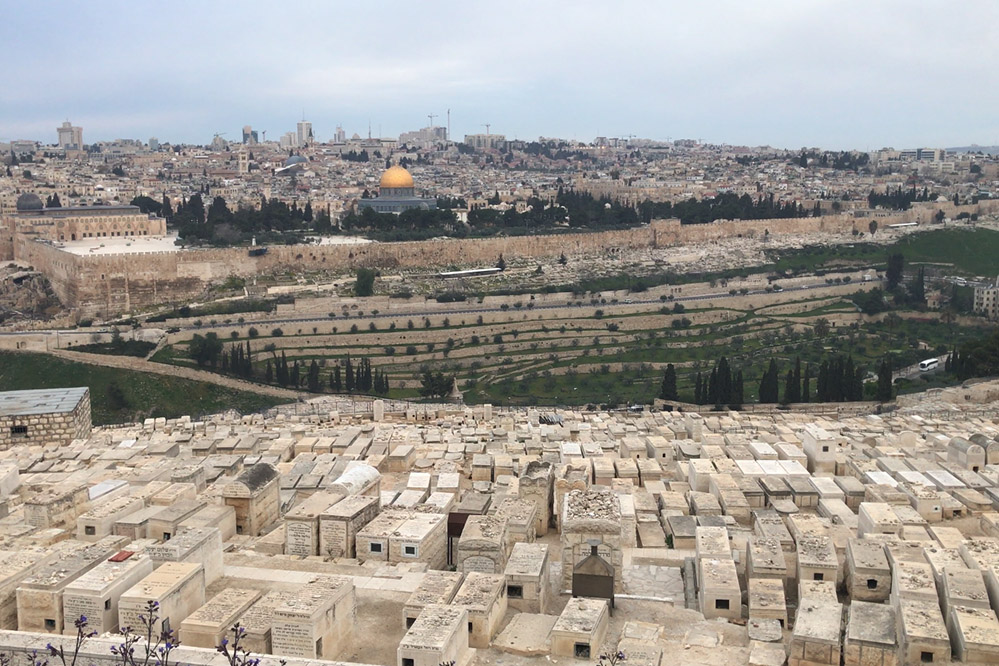 Mount of Olives: Arguably offering the best view of the Old City, the Mount of Olives is an important site for Jews, Christians, as well as Muslims. It is here that you will find a 3000-year-old Jewish cemetery, the oldest in the world. According to tradition, this is where the Resurrection of the Dead will take place once the Messiah appears. For the Christians, it is the place from where Jesus rose to heaven after his resurrection. Muslims believe that a bridge with seven arches will be built from the Mount of Olives to the Temple Mount, and the resurrected will cross it. The righteous among them will go to heaven, while those who have sinned will fall off and go to hell.

City of David: A few minutes away, lies the City of David-known to be older than the Old City. Explore this place for its archeological tours, as your friendly guide quotes passages from the Holy Bible and regales you with fascinating stories. The highlight for me, however, was wading through the waters of a 500m long underground water tunnel built 2,700 years ago by King Hezekiah. It was built to protect the city’s water from the Assyrian army during war, this was a bit of an adventure, right in the middle of an important history lesson. 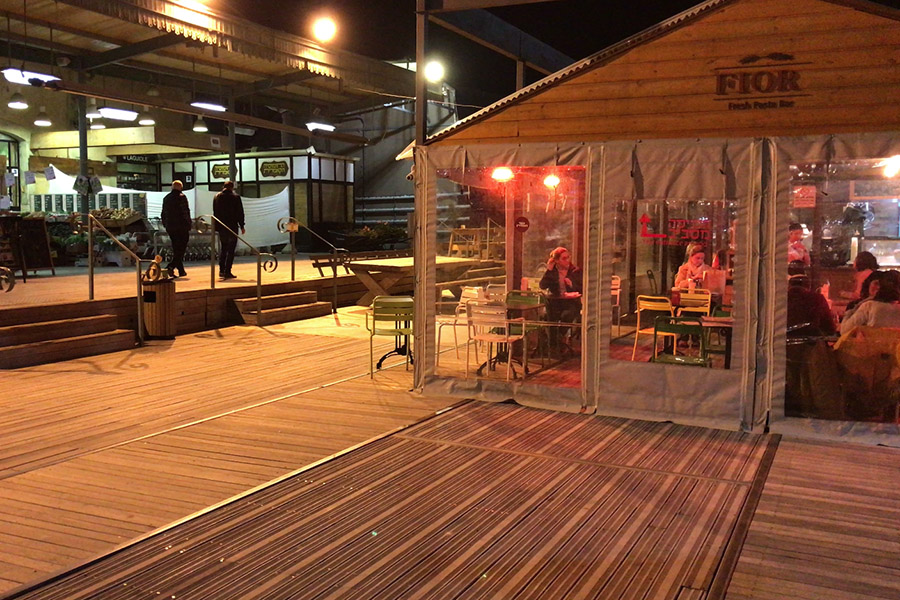 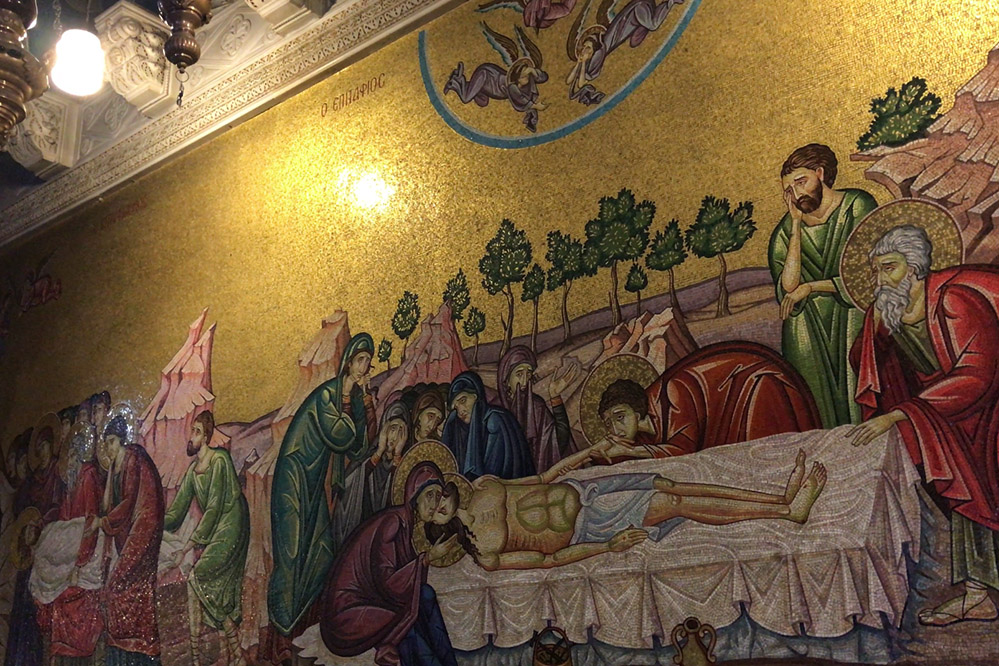 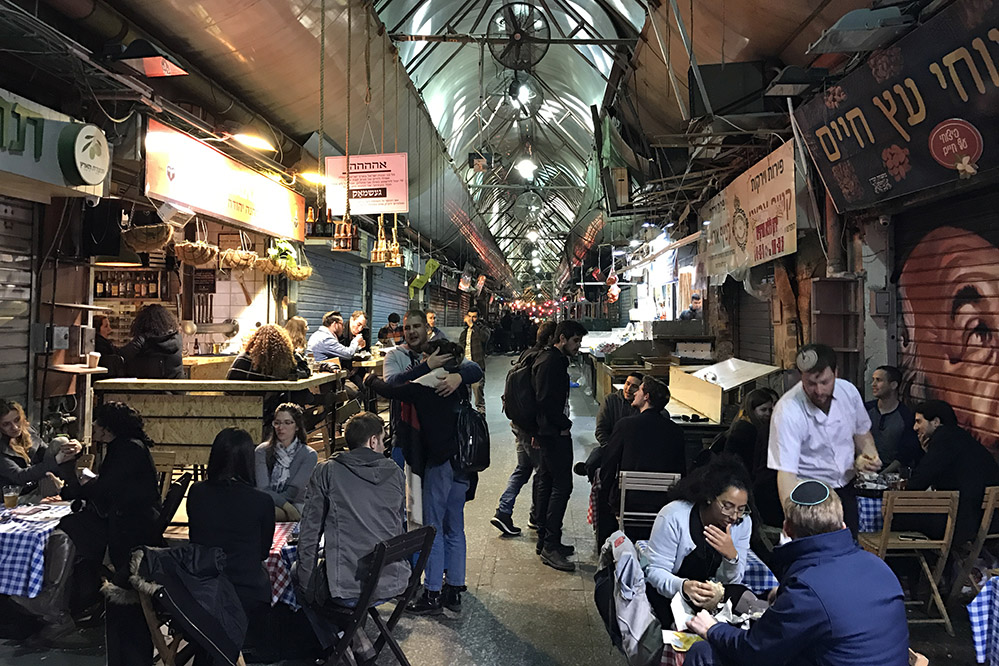 Nightlife: As you step out of the conservative confines of the walled Old City, a new Jerusalem awaits you. The Mahane Yehuda, a bustling food market during the day, transforms itself into a restaurant and bar hub at night, and is one of the top spots for locals to come out and enjoy a night of fun and revelry. Plan a couple of hours to sample some of the best hummus and other Israeli delicacies, before you get chatty with the friendly Jerusalemites!

For a more discerning experience, try the Mirror Bar at the plush Mamilla Hotel. For an open air experience, especially when the weather permits, the Rooftop bar offers an excellent view of the Old City. Satiate your food cravings with the delectable offerings on the menu, which can be washed down with an eclectic mix of cocktails.

Another venue I discovered that offered a unique experience was First Station – once an abandoned railway station which has now been converted into an entertainment hub with concept restaurant and bars.

A trip to Jerusalem will change you like no other. While all the highlights of the holy city could be covered over a weekend, I’d definitely recommend you stay at least five days to soak in this culturally rich experience of a lifetime, where the amalgamation of the old and new will leave you renewed.

- Images and Text by Rahul Jagtiani. He is a producer and host of a travel show, and the founder of a gifting company. Views expressed are personal.

13,414
Thank you for your comment, we value your opinion and the time you took to write to us!

Tweets by @forbesindia
Prev
Top gifting ideas from the Hong Kong Gifts & Premium Fair 2017
Next
Top 10 celebrities in India, according to Social Media