From cash crunch to conflicts with investors: The early signs of crumbling businesses

If people think that a company is set for success by getting access to money, they are mistaken. As is often the case, many companies that look promising today might not last in the future 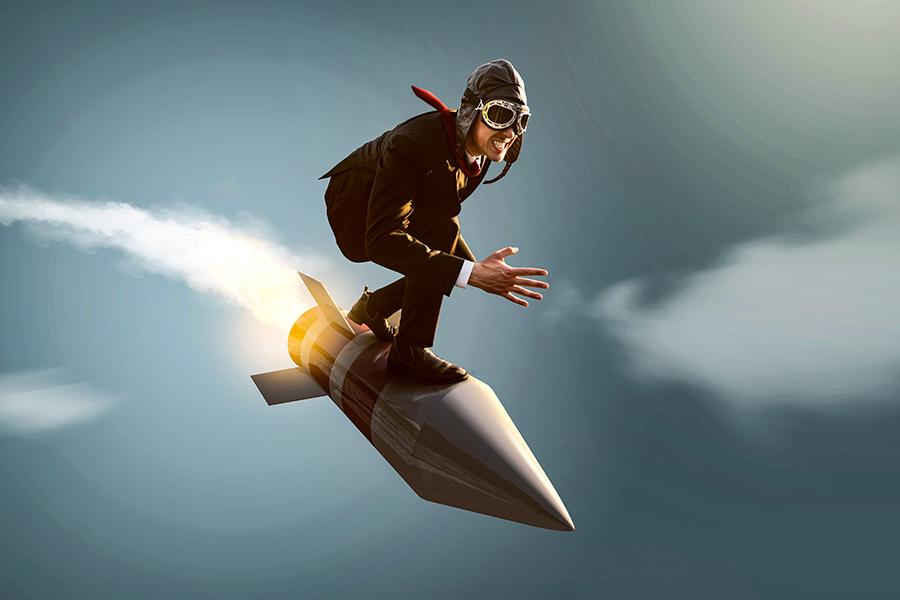 Startups with high cash burn and over-reliance on venture capital funds mostly die due to their inability to raise the next round of funding. Image: Shutterstock

These days, a large amount of money is moving towards fast-growing startups. IPOs are happening, new unicorns are emerging, and valuations are rising rapidly. Such achievements should be celebrated because very few startups can accomplish them. But, if people think that a company is set for success by getting access to money, they are mistaken. It is often the case that many companies that look promising today might not last in the future.

While entrepreneurs cannot eliminate the risk of failure, they can minimise it by watching the early signs of the cracks and resolving them on time.

Cash crunch: The most fundamental requirement for a business is capital, and the most challenging thing in business is to raise capital. Many start-ups don't get a chance to grow because of lack of funds. Raising money takes at least five to six months. Running a business, along with raising funds, is a difficult task.

Startups with high cash burn and over-reliance on venture capital (VC) funds mostly die due to their inability to raise the next round of funding. For example, once TaxiForSure (TFS) was a solid contender to Ola and Uber. In 2014, Ola had raised significant funding from Softbank. To fight for survival, TFS had to raise a big round. Unfortunately, when TFS was close to getting the money, an Uber cab driver raped a woman passenger in New Delhi, and the future of taxi aggregators began looking bleak. With it, running out of cash, and no investors coming forward, in early 2015, TFS was acquired by Ola. In 2016, it shut down.

Valuation trap: Sometimes, entrepreneurs focus on getting higher valuations rather than getting more supportive VC funds on board. However, the highest valuation is not necessarily the best valuation. Higher the valuation, higher the investor's expectation. To meet targets, entrepreneurs have to chase fast growth, which usually requires cash burn. Tomorrow, if a market correction happens or the company underperforms, valuation shrinks, leading to lowered market perception about the company. When that company looks for a new funding round at a lower valuation, the new investors may ask for better terms for themselves. Simultaneously, due to anti-dilution clauses, the existing investors could demand additional shares to balance the value of their prior investment. Consequently, founders have to dilute their stake, which reduces their skin in the game and perhaps motivation level.

Conflict with investors: Conflicts between investors and founders could arise due to multiple reasons ranging from bad chemistry to differences of opinion over how to run the company. For instance, Housing.com was once a prominent startup in India. However, its CEO, then Rahul Yadav, got into a war of words with the board and other influential players in the startup ecosystem. Eventually, in 2015, he was fired by the company's board. In early 2017, Housing.com was sold to rival PropTiger.

Corporate governance issues: Corporate governance constitute rules by which companies are run and reviewed. Even one unlawful incident could tarnish the company's image and wipe out its worth. In 2015, Amazon was in talks to acquire Jabong for approximately $1.2 billion, around four times what Flipkart paid to acquire Myntra in 2014. But instead of entering Amazon's portfolio, Jabong went into a downward spiral. In 2015, an audit commissioned by Jabong's most significant investor, Rocket Internet, unearthed some corporate governance violations. Meanwhile, Jabong's financial health continued to degrade. Having reviewed multiple options over several months, in 2016, Rocket Internet managed to sell Jabong to Flipkart for around $70 million.

Co-founders' conflict: According to Harvard Business School professor Noam Wasserman, 65 percent of high-potential startups fail due to conflict among co-founders. If trust between co-founders breaks, the company breaks. Board, vendors, partners, and employees get the negative signals; competition takes advantage of the situation, and customers build up negative perception. Eventually, performance suffers.

In January 2016, ShopClues was valued around $1.1 billion. It was founded by a couple Sandeep Aggarwal and Radhika Aggarwal. They split up in 2017 and had an ugly public spat. In the same year, the company's revenue began slowing down. Then onwards, the company was unable to raise any significant funding. Meanwhile, competition from other e-commerce players became intense. In 2019, Shopclues was acquired for around $70 million.

Unsustainable business model: An entrepreneur should not only focus on growing the business but should also focus on extending it efficiently. The risk that entrepreneurs run is that they assume they have product-market fit, spend a lot of money, and then find that their hypothesis was wrong. One can't become efficient after hypergrowth. So, a start-up needs first to figure out the core metrics to improve on and then scale up.

Groupon was once named the fastest-growing company in the history of the internet. In 2011, during its IPO, Groupon was valued at almost $13 billion. Groupon positioned itself as an intermediary between customers looking for deals and businesses looking for new customers. There is no guarantee that discount-oriented customers would be loyal to any particular brand and would ever come back without a discount. As of November 2021, Groupon’s market cap is $0.75 billion, which is around 6 percent of its valuation in 2011.

Culture breakdown: In a start-up, along with hiring top talent, an entrepreneur has to ensure that ambitious talent is not competing amongst each other beyond reasonable measure, and not getting into ego clashes. To achieve collaboration in an organisation, an entrepreneur has to build the right culture. However, many talented people leave to start something of their own or join another startup. Also, when a startup is growing fast, people join from various companies and bring their own culture with them. So, a start-up culture becomes a mix of multiple cultures instead of the original one instituted by the founders. Such an environment could cause organisational chaos and can lead to poor performance.

Poor execution: Entrepreneurs can't achieve the next level of growth the same way they reached the previous one. The dynamics of growing fast in multiple geographies or numerous fields are very different from growing at a single location or in a single space. When founders have huge growth targets, inefficiencies emerge.

For instance, after its promising start, TinyOwl grew fast to multiple cities and hired many employees. The rapid growth did not give the company time to stabilise. To attract customers, the services were offered at a discounted rate. This made the growth expensive. To control its cash burn, the company scaled down and laid-off employees. These layoffs were not processed properly and were covered by media, which perhaps led to reputation loss of the company and a drastic reduction in customer orders. Eventually, another startup, Runnr, acquired TinyOwl in a fire sale and closed it later.

Entrepreneurs need to be optimistic, but they should never forget the precious words of Andy Grove, former Chairman and CEO of Intel. He famously said, "Success breeds complacency. Complacency breeds failure. Only the paranoid survive." Being paranoid is not about getting paralysed with fear. Instead, it is about preparing for perfection and filling the cracks before they break a startup.

7,456
Thank you for your comment, we value your opinion and the time you took to write to us!

Tweets by @forbesindia
Prev
Simplicity is important to win the market
Next
Creator economy is here. How to stand out in a world of creators and influencers?