A neighbourhood store is in a marriage with the customer. It needs to feel friendly and predictable, a place where she can go in a jiffy and load up her shopping trolley without much thought 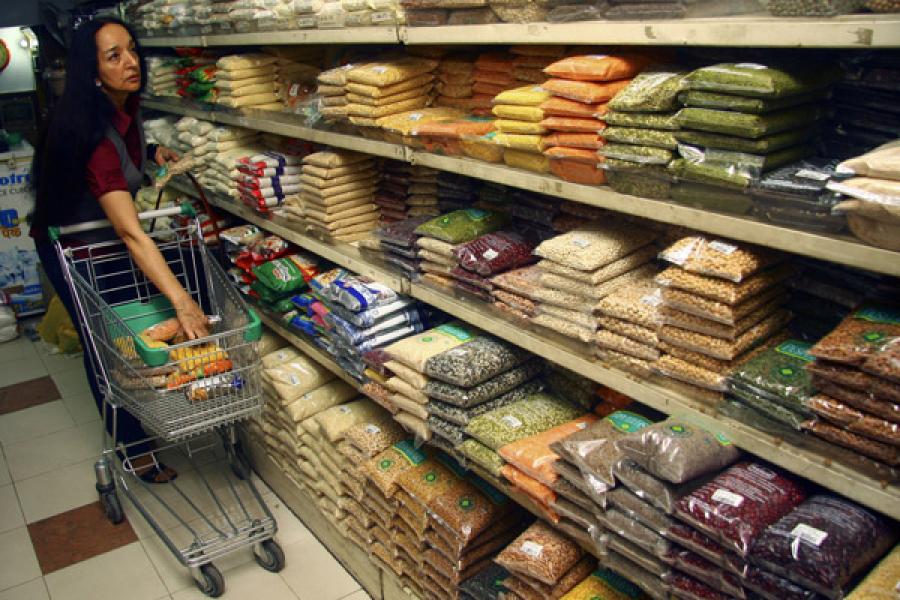 A neighbourhood store is in a marriage with the customer. It needs to feel friendly and predictable, a place where she can go in a jiffy and load up her shopping trolley without much thought ( Photo: Ajay Verma / Reuters )

Kavita and Sanjeev met each other at a blind date. Kavita, since she didn’t know the other person and really wanted to have a long-term relationship, pulled out all stops to attract him. She wore her hottest dress, did her makeup perfectly, put on high heels. Ditto for Sanjeev. They both looked their best. However, it didn’t work out, and they both moved on. And repeated the manouvre.

Every time she went to meet a man, Kavita dressed to kill. And the men, too, were out to impress her. She kept ‘trying out’ new partners, until she met the right man: Solid, dependable, and one who knew her tastes and preferences. Ravi, she knew, was the one with whom she was going to spend the rest of her life. That’s when she became comfortable. The high heels were discarded in favour of comfortable flats; easy-to-wear jeans and tops replaced sexy dresses; and it was a relief not having to put on makeup every time she met Ravi. Kavita now sought steadiness of temper, not flash, and in Ravi she got that.

How she wished her neighbourhood supermarket would also follow Ravi’s example. When supermarkets started out in India, it was all very exciting! There were offers, deals, product samples and festivals all the time! Six years ago, Kavita first visited one such place; she put on her ‘going out’ clothes, as if she was attending a party and not making a trip to a grocery store.

The place did, after all, provide a party-like atmosphere with all the hoopla around it. The children, too, loved the carnival-like setup, with balloon-sellers and toy rides providing added excitement. It was fun to look for new offers during every visit and gawk at the cosmetics on display.

But after a while, as Kavita became a regular visitor, she gave up dressing well for it. There was no real need to frequent a grocery store in an Anita Dongre outfit. Her casual outfit would do just as well. In fact, when she looked closely, there were many women there who seemed to have simply picked up their purse and come there, without bothering to change into anything more formal than what they wore at home.

Visiting the grocery store had become a habit; the novelty factor had withered away just like in Ravi. There were women in bathroom slippers, in nightgowns with a dupatta thrown in, or simply in casuals. Clearly, they were there for the serious business of picking up groceries for the household and not for entertainment.

The store, on the other hand, hadn’t yet caught up with the fact that their dates with customers had matured into a marriage. Customers who treated the store as a ‘marriage partner’ wanted a different set of attributes. They wanted stability and predictability from it, not a casual flirtation with flashy displays and loud offers. They were regulars there not because the shop windows were beautiful or there were store-wide danglers promoting products, but because they knew they would get their milk and bread at the same price every day.

However, the store continued to treat its regulars as casual dates: There today and gone tomorrow. They'd come, indulge, make instinctive purchases and move on. Each day, the store adorned itself in the anticipation of a new batch of customers, and seemed to forget the regulars. And these regular customers wouldn't be satisfied with a six-pair-socks combo on a given day; instead, they needed to know if they could buy their entire month’s stock of sugar in one large pack.

A neighbourhood store is in a marriage with the customer. It needs to feel friendly and predictable, a place where she can go in a jiffy and load up her shopping trolley without much thought. It has to be committed to the relationship, to understand what the customer needs on a regular basis and give her all that unfailingly.

In terms of store-behaviour, this means simple pricing, some unchanged facets, a stable arrangement of products, good quality of food grains, less noise every month and most importantly, a consistent availability of all items she needs.

A store in a mall has to have good aesthetics; it has to show its best during its brief interaction with the customer. If it is late for the date, it can smile, say sorry and give a rose to the customer. There’s no problem if it runs out of orange juice as long as it gives a ‘buy one get one free’ on the muesli.

The neighbourhood store, on the other hand, is heading for divorce if it forgets to pick up the child from school, and buys the wife a nice dress to tender an apology. She is never going to forgive him, just as she isn't going to forgive the store for not stocking sabudana on the eve of Janmashtami. A 20-rupees discount on detergent is no compensation for the oversight whatsoever. Making the sabudana available would imply that the store understands her and lives up to her need for predictability and consistency. This is an instinct that is most important in a relationship.

There’s a place for both neighbourhood and destination stores [the ones within malls] in the market. The former offers a habit-formation proposition while the latter provides a ‘filler’ space to the casual customer. The store should understand what need it fulfills in the customer’s life, and behave accordingly. A mismatch here, and the ‘marriage’ is bound to collapse there!

And do note that most women, even in their shoppers role, are not keen on endless flirting and dating!

5,532
Thank you for your comment, we value your opinion and the time you took to write to us!