The resurgence of hockey, propelled by national teams' performance at the Tokyo Olympics, has given brands an opportunity to own hockey in a manner that is impossible in a sport like cricket, marketing and media executives tell Storyboard 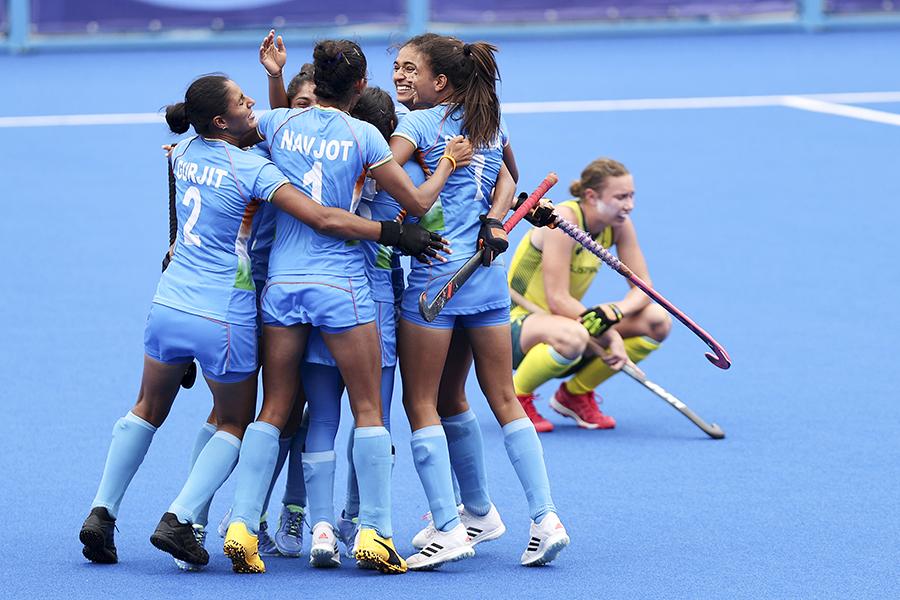 The Indian women’s hockey team made history when they won against Australia in the quarter-finals at the Tokyo Olympics. Amidst the millions of celebratory posts by individuals and brands, Sanjiv Mehta, chairman and MD of Hindustan Unilever, shared this on LinkedIn: “What a stunning victory by the Indian Women’s Hockey Team over the Aussies to enter the semi-finals of the Olympics… wow...they have made the nation proud. I hope this is the resurgence of hockey in India!!”

We hope so too. But will it also be the resurgence of big brands' interest in the game and its players?

Hockey has given the country 11 Olympic medals since 1928, and legends like Dhyan Chand, Balbir Singh Sr, Mohammad Shahid, Dhanraj Pillay and PR Sreejesh. But the sport’s and its stars’ dominance faded with time, eventually overrun by the overwhelming popularity of cricket and its larger-than-life personalities on and off the pitch.

According to media planners Storyboard spoke to, today, more than a tenth of the total advertising spends in India is channelled into sporting events. A whopping 80% is spent on cricket events, leaving the rest to battle it out for a share of the remainder.

The Odisha Government is the biggest supporter of hockey in the country. The eastern Indian state has been called the “cradle of hockey”. As per reports, the state signed a Rs 100 crore deal with Hockey India in 2018 to sponsor the men’s and women’s teams over the next 5 years. In 2019, the state government's department of sports and youth services, in partnership with HAF (Hockey Ace Foundation) and under the aegis of Tata Trusts and Tata Steel introduced Naval Tata Hockey Academy to train and groom upcoming talent. Future Olympians, perhaps. Still, despite India’s rich history in the sport, major brand interest has remained low.

Priti Murthy, chief executive of media buying agency OMD India, believes “lack of viewership in comparison to cricket has been the primary reason” for lack of advertiser interest in hockey. “Hockey draws even less viewership than badminton,” she says. Part of the reason why badminton has surged past hockey in popularity is due to the performances of current generation players like Saina Nehwal and PV Sindhu.

Jigar Rambhia, national director – sports, Wavemaker India, a GroupM media agency network, adds, “Any sport does well when it creates icons.” This then generates brand interest. For instance, there is a brigade of cricketers who have been ruling the endorsement charts for a while now. Top on the charts are Virat Kohli and MS Dhoni. Badminton star PV Sindhu is expected to see a 25 percent increase in her brand value after her historic win at the Tokyo Olympics. In the case of hockey, Rambhia argues, India hasn’t managed to produce ‘icons’ in recent times. This is a challenging area, he says.

In the last few years, sports like kabaddi and badminton surged ahead of hockey–the former on the back of a long-term media tie-up with Star India and the latter on Indian athletes’ growing success on courts all over the world.

Mathias says, “Some large brands can try to ‘own’ hockey in a manner that is impossible in a sport like cricket. This might take a deep involvement but also skills to garner media support and help build a few hockey players as superstars.” There’s certainly no dearth of stars with real and marketable stories of grit, hard work and determination. For instance, captain Rani Rampal’s journey to the national team and Olympics has been condensed into a viral post that’s currently doing the Internet rounds.

The performance of the men and women’s hockey teams at the Olympics is building a “new wave of enthusiasm for the sport,” says OMD’s Murthy. But how do you fuel and sustain momentum beyond the Olympics calendar? For starters, brands have “to get behind-the-scenes stories of our players and weave them for better relatability as per audience segmentation, specifically for young people who have been overly infatuated with private leagues like IPL,” says Murthy.

In 2005, the Indian Hockey Federation conceived the Premier Hockey League (field hockey), which was three years before cricket’s richest league–Indian Premier League (IPL), was introduced. The hockey league wrapped up in 2008 after the federation faced corruption allegations. In 2013, a Hockey India League was introduced. However, due lack of funds and sponsorships there hasn't been an HIL game since 2017.

Wavemaker’s Rambhia reckons it’s time for large marketing companies and brands to think of “partnership” and not just “sponsorship”. “Most brands look at immediate returns on their investments and are not willing to stay invested for a long time. Cricket offers that immediate return on investment and can also be measured really well. Hence, most of the other sports aren’t able to get as much brand money as they actually deserve,” he says.

In India, after the men’s team lost the semi-final match against Belgium, all eyes were on the women’s hockey team playing Argentina in the semis. They lost the match but not the long game. Author and journalist Nikhil Naz commented on Twitter, “The fact that India was watching Hockey while India was playing Cricket is bigger than any medal one can win.”

1,901
Thank you for your comment, we value your opinion and the time you took to write to us!