The era of platforms and production houses being the arbitrators of talent and their audience is fast changing. The economy of intimacy and the economy of recognition will drive the creator universe 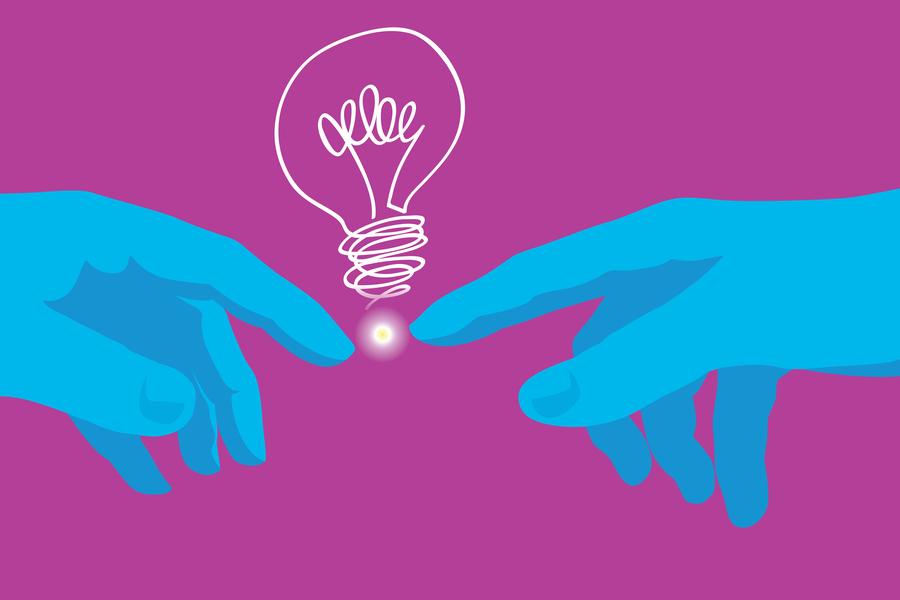 It was in 2010 when our content division at Encompass came up with a unique TV concept. When I discussed IP ownership with the TV channel, I was asked, “Beyond the idea whose risk is it?" And glibly told them, if I offered to fund the show, I could claim IP. We were happy to see our work on a screen and moved on. Most creations in India have suffer like this. The hit-making machines claim their fair pound of flesh, and royalties were almost always written off to music producers and labels. A decade later things are changing.

Take these examples for instance.

Megha Rao is a 23-year-old poet who fondly refers to her followers as wolves. She launched a newsletter this week. Already a well-known slam poetry artist, she took her poetry workshops online during the pandemic and now conducts a workshop once a month. With a podcast that sits pretty in the Top 100 on Spotify, she quit her full-time job a year ago.

Amit Varma, a journalist, poker player, and cricket commentator turned podcaster four years ago. Initially working with a network, he went solo around 2019. During the pandemic, he launched a course 'The Art of Clear Writing’. Sold at Rs 10,000 exclusive of GST, the course has had over 800 students so far. Varma often puts shoutouts on his podcast, asking for a contribution to help the show. He has just launched a newsletter as well.

This is the intimate economy, one fueled by creator tools and the vast audience that the internet provides to the creator directly. The era of platforms and production houses being the arbitrators between talent and their audience is fast changing. Today, you can use Anchor to make your own podcast, publish your book on Kindle Direct publishing, offer music royalties in exchange for funding an album on Royalties exchange, and get super fans to tip you on Patreon for exclusives. If you are a journalist, Mirror and substack let you publish and get paid on your own dime, and there's Twitch and Discord for gamers. Every day, multiple new technologies and apps are putting more power into the hands of the creator.

Platforms have noticed this and that brings me to the second type of economy. The economy of recognition. Content creators who cross the one million followers have, over time, cultivated their audience which will follows them to any new destination they choose. Platforms recognise this, and from meagre cheques, now grants and revenue distribution are becoming larger and more transparent. Many are building creator funds. YouTube distributed $4 billion this year to creators. Spotify has built a music fund. Clubhouse is offering key creators money, Snap and TikTok ($200 million creator fund) are doing the same. Creators should be happy but they live in a constant fear that the platform may cut off the monetisation tap or change the algorithm. As of now, an uneasy calm remains, with mega deals keeping creators satisfied.

But for intimate creators with deeply invested fans, there is a growing opportunity, either via shoutouts or exclusive events. This gap is filled by Cameo, OnlyFans and Patreon. If you are recognised, you can sell merchandise, GIFs, courses, and much more.

Bollywood superstars, musicians, and sports stars sit at the top of the celebrity funnel. They are not creators and are run by a parallel image economy. An industry feeds off them but is struggling to keep them relevant when the glamour of paparazzi, premieres, and player tournaments are missing.

In the digital universe, the economy of recognition is mostly self-created. Prajakta Koli, Zakir Khan, Tanmay Bhat have huge fan bases today, and they are far more in control of their narrative. Koli has transformed into the honest take-it-or-leave-it persona; Khan is the sakht launda (strict guy), Bhat, the gamer boy. All of them are gatekeepers to their tribe and have also become content houses, seed investors, and entrepreneurs.

The next wave is what Ranveer Allahbadia has done. He found a partner in Viraj Sheth early and set up his own agency called Monk entertainment. Today they represent creators across major genres as they have first-hand experience of working with brands, understand creator problems, and also know how to scale. Allahbadia's podcast is the first to rest exclusively on Spotify. Joe Rogan did this for $100 million in the US.

In the US, creator houses are becoming a trend. Creators don't just live here but create here, collaborate here, and have all the tools at their disposal. Think of it as a commune for creators. Direct monetisation is the buzzword, NFTs and tokens are the latest craze. Keeping the creator at the center of the deals and not cutting them out is a new way forward. A slew of Saas companies is taking to serve the creators.

Archimedes said, “Give me a lever long enough and a fulcrum on which to place it, and I shall move the world”. Creators are finding new ways to move their audience and new levers are being made every day for them.

The writer is managing director of Encompass, a VMLY&R Commerce company

1,129
Thank you for your comment, we value your opinion and the time you took to write to us!

Tweets by @forbes_india
Prev
Privacy Sandbox: What Google needs to speed up deprecation of cookies
Next
Will artificial intelligence be a marketer's new best friend or foe?