Live the moment to seize the moment: Lessons from the latest Fevicol ad 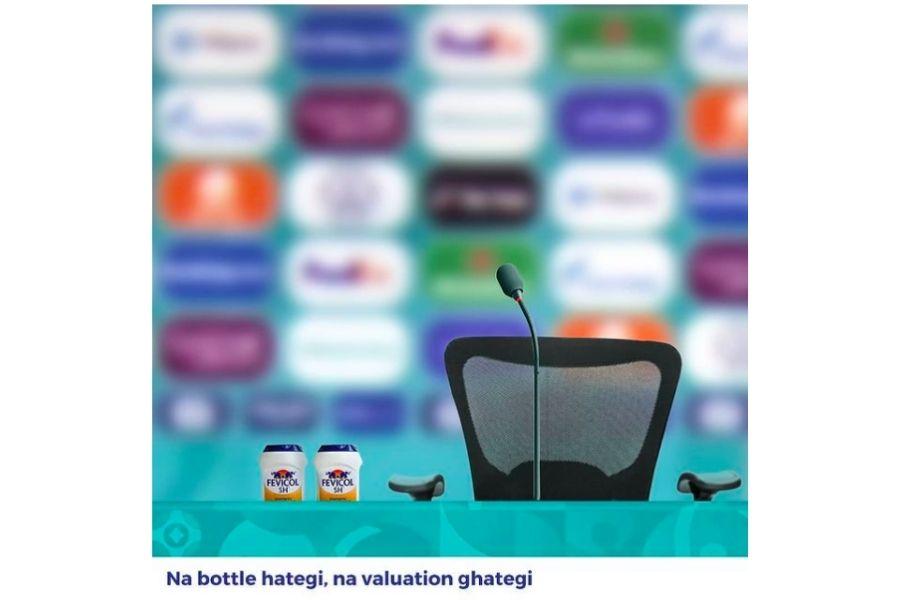 Around January last year when the world was talking about Meghan and Harry’s royal family split, our creative teams made a cheeky statement with Fevicol.

In a message to the royal family the creative said “Kohinoor nahi, Fevicol le jana chahiye tha” (Instead of the Kohinoor, [the British] should have taken Fevicol). It hit all the right nerves because it was saying to the British something that all Indians have said in some form or the other for years (and will continue to say it). More importantly, it was giving sweet words to an indwelling exasperation that still lives in the gut of every Indian. But it wasn’t a vindictive message, it was characteristically Indian. And it could be truly understood only if you speak the national language of India in whatever form that you do. In the sense it was Birbal-like. It didn't even need to force its point. It was something you could share as a badge of honour. That’s what good moment marketing in India has always been about. In a sense, it has to be unique to us.

The opportunity to ride a wave presented itself to us again in the form of the actions of a global footballing superstar whose moves at one of the world’s biggest footballing stages made waves and had the whole world talking about how one action shifted the stock price of a sponsor of the event in an almost Elon Musk-esque way.

The inherent power of the Fevicol brand was used to insert itself within the tension of the conversation and open up a flood of conversations. The immovable nature of the adhesive was used as the perfect decoy to induce smiles among everyone who saw the piece of work. And again, in a characteristically Indian way, the copy—“na bottle hategi, na valuation ghategi” (neither the bottle will move, nor will the valuation drop) made this our own little joke. It had hundreds of Twitter users talking about how one of the greatest marketing teams in the world was given a lesson by an Indian giant. The message just doesn’t deliver the same punch in English no matter how hard one may try.

Riding a wave is a bit like hitting an effortless six. It's about using the force of the delivery or the inherent force that rests in the willow or a combination of both to deliver a shot that goes out of the park, all while delivering stunning beauty and entertainment.

This message would not have created the kind of reverberance it did at the moment had the brand not been made powerful enough with consistent investments and the magical creativity that Ogilvy and the legendary Piyush Pandey breathed into it. The willow would have simply not been up to the task. A reminder perhaps for marketers that it all adds up.

Along with the willow, seizing a moment is also about inserting a message and finding the right tension with the right kind of wit, without being overly pompous about it. With brands that’s an art. It’s something that the creators do almost every week with the kind of memes they create. But to fit a brand into a wave, one needs the right kind of mind, and it takes the right kind of free-spirited thinking. A free spirit who lives, breathes, and feels the ethos of the brand. I wonder how many of us marketers are able to really do that, to ruminate upon and discover all aspects of our brands.

I also use the word ‘free’-spirited deliberately, because in a world where marketers have been pressured to release one to three pieces of content a day to game the algorithm or leverage new trends like (Instagram) Reels and create with an almost factory-like approach, here’s a brand that says do nothing. But do something when it's relevant. That’s a critical factor to ride the wave of creativity. An open mind practising the craft and really being able to sense the wave and then ride it is what’s critical. Doing nothing is critical for creative minds. 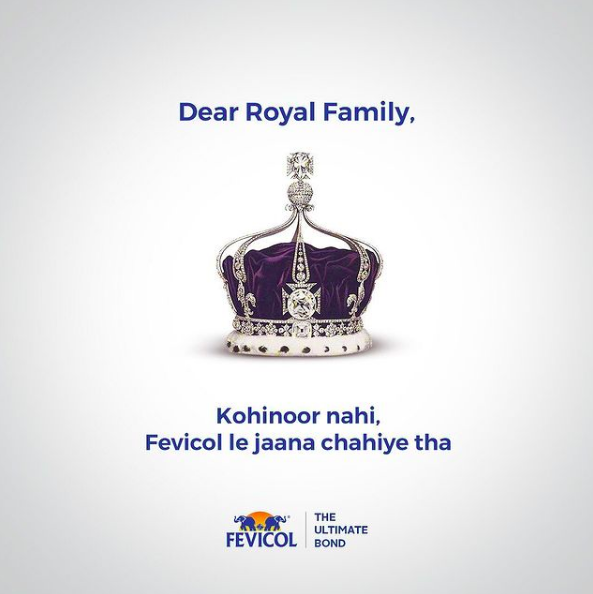 One could really dissect the creative for what it is. It’s got good language, it’s got good craft. It’s carrying forward the legacy of the lexicon that its original creators put together. It’s contextual to today’s times. However, the biggest takeaway for brand teams who want their teams to be creative, is to allow them to have fun and not cramp their plates with daily fodder every day.

A factory-like creative approach to churning out work is sometimes necessary. And it is not an evil. Because one cannot survive without the other to make the power of marketing complete. But in digital teams, it's important to have a couple of free minds and for clients to value that sometimes paying for free minds can give them significantly higher output. It's from those free minds that the disproportionate gains of marketing can truly unleash—something that is unfortunately out of the reach of accountants like myself (unless measured mathematically in hindsight) and procurement departments.

Being far away from the realm of creativity myself, in terms of ability, and being an entrepreneur, I do understand that large companies have needs where messages may need to be churned out on an almost daily basis to communicate to its various consumer cohorts about all that is being done in the company. But that is not creativity in the strictest sense. And that isn’t the output from the creative soul.

It’s important to have fun and collaborate in the process. Case in point, this reply to a tweet was created by the brand client team on Fevicol paying a cheeky homage to its sister brand Fevikwik. All while breaking the ‘rules’ of branding. Free spiritedness is infectious.

Thank you, Mr. Goenka…we agree with you, timing is definitely an art. 🙏 pic.twitter.com/ipGFjAQODT

And that’s where real creativity lies. The power of creativity is best unleashed when it is practised consistently but not performed all the time. Allowing creative people to really ‘live’ in the moment to let them have the ability to seize the moment and make memorability stack up for brands.

The writer is founder of digital ad agency network Schbang

1,528
Thank you for your comment, we value your opinion and the time you took to write to us!

Tweets by @forbes_india
Prev
Philanthropy has changed in the times of Covid-19
Next
Satire: The making of a Father's Day ad for a ceiling fan brand