Storyboard | Cred to Cadbury, nostalgia in advertising should be handled with care

Brands remix old ideas and use nostalgia as a marketing tactic to stay relevant. But there are rules if you want to go retro 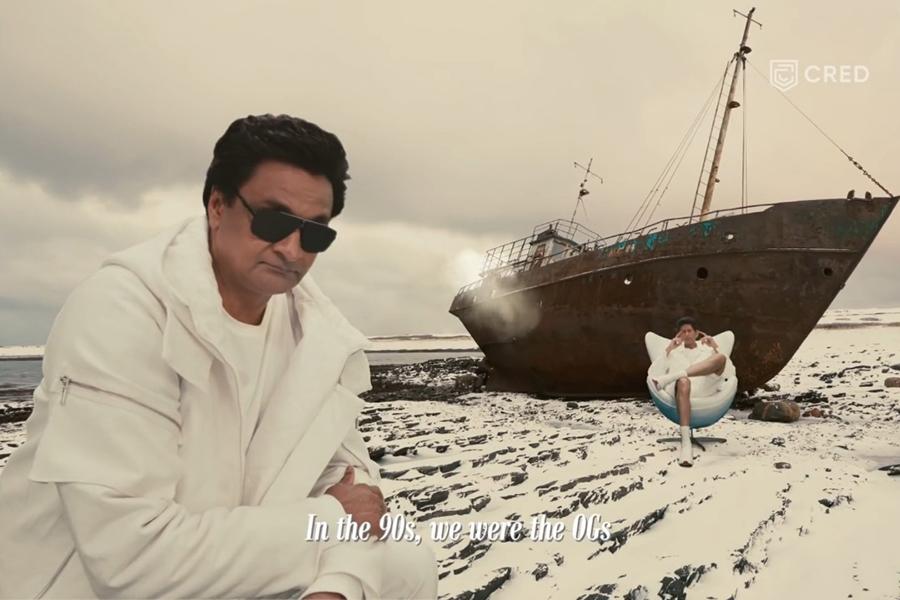 In a socially-distanced world, some brands have used the power of nostalgia to help people feel closer and more connected, and find a sense of continuity in tough times. It’s not just a marketer’s instinct driving brands to dial up the nostalgia quotient in marketing. Scientific studies show that feelings of nostalgia can make consumers more optimistic and even reduce their rational tendency to conserve spending.

Brands have remixed old jingles, reimagined a decades-old iconic ad, and brought back old logos and yesteryears’ celebrities in their marketing campaigns of late.

Think of it as the advertising equivalent of comfort food.

Brands go back in timeSpeaking of food, in early 2021, Burger King refreshed its logo after twenty years. But the new logo emulates an identity the fast food giant used from 1969 to 1999. The "minimalist logo meets the brand evolution of the times,” the company noted in a statement about the new visual identity.

But nothing brings the past back to life faster than music. While the RPG Group-owned music company Saregama’s Carvaan is a product steeped in nostalgia, it attempts to elevate the narrative with every product campaign. In 2020, during the first lockdown, the brand released an ad that addressed loneliness among the elderly, with a touching narrative and familiar old tunes evoking a flood of emotions in the viewers.

Retro rocksInterestingly, Saregama was in the news recently because of a five-decade-old tune it owns. Apple’s latest iPhone 13 launch video used the song 'Work All Day' by Footsie, which samples the 1971 hit ‘Dum Maro Dum’. The combined effect of the Apple launch event and the brand’s use of the popular song from the film ‘Hare Rama Hare Krishna’, created tremendous excitement. On YouTube, the video has garnered over four million views. Vikram Mehra, managing director of Saregama, wrote in a post that Apple using the retro hit is an “indicator that Indian music has arrived at the global stage and, more importantly, retro music rocks.”

But nostalgia as a marketing tactic must be handled with care and there are rules when it comes to remixing old ideas. Bodhaditya Deb, vice-president of advertising agency AutumnGrey, says, “Rule No. 1 of using nostalgia in advertising is that one should use it only if it provokes positive responses from the past in consumers’ minds.” The other rule: Always seek to elevate the old with the new in a relevant way.

Kuch khaas haiIn a “brave” move, Mondelez-owned Cadbury Dairy Milk remade a classic commercial, one of India’s most iconic ads, the Cadbury Cricket ad from 1993. In the 2021 version, however, instead of the ‘dancing girl’ on the cricket field, we have a ‘dancing boy’ who runs onto the pitch to celebrate his girl’s victory. The headline-making ad created by ad agency Ogilvy was widely shared on social media, getting many of those who remember it humming the famous tune all week. But while the spot resonated with generations that are familiar with the original film, advertising and branding experts suspect younger generations are unlikely to understand the hype around it.

Vani Gupta Dandia, founder of consultancy firm CherryPeachPlum, says the commercial attempted “to recreate the magic of the past which worked for the socio-cultural context prevalent then more than for the current context”. In Dandia’s view, the ad also “paid a token tribute to girl empowerment”. She sums up the inherent challenge for brands channeling the past in contemporary advertising—it doesn’t work if the target consumer group is too young to understand the idea and sentiment.

AutumnGrey’s Deb, however, believes the ad works because it not only “connects with consumers at a deeper, personal level” but also “the brand had something new to say,” which is relevant to the current times. In a previous conversation with Storyboard on CNBC-TV18, Anil Viswanathan, senior director—marketing, Mondelez India, said, the ad is “topical, celebrates women achievers in sports and women achievers in life”. A strategy that cuts across different generations.

Use nostalgia sparinglyIndependent digital marketing consultant Sukhada Chaudhary tells Storyboard, nostalgia works when “the historical context of the association or the emotions involved in the original event is honoured. That includes not milking nostalgia routinely”. For instance, brands like Coca-Cola (around the holidays), Nike, McDonald’s, Nintendo and Bacardi, use nostalgia in their contemporary marketing on special occasions only. Pepsi recently released a Doja Cat remake of the song ‘You’re the one that I want’ from 'Grease' (1978) to promote the brand’s new retro-soda-shop inspired flavours.

Shrenik Gandhi, co-founder, and CEO, White Rivers Media, says, “It is advisable that the marketing agencies only experiment with nostalgia if they firmly believe that their customers will seamlessly connect to the brand, otherwise there is no merit in doing it.”

The bottom line is there's no point going back in time if the brand can't connect the past to the present.

3,392
Thank you for your comment, we value your opinion and the time you took to write to us!

Tweets by @forbes_india
Prev
Storyboard | At 71, Brand Modi has seen some Achhe Din
Next
Storyboard | Practo gets a new friend in Rahul Dravid