Storyboard | Who knew Air India's Maharajah was born on the corner of a letterhead? 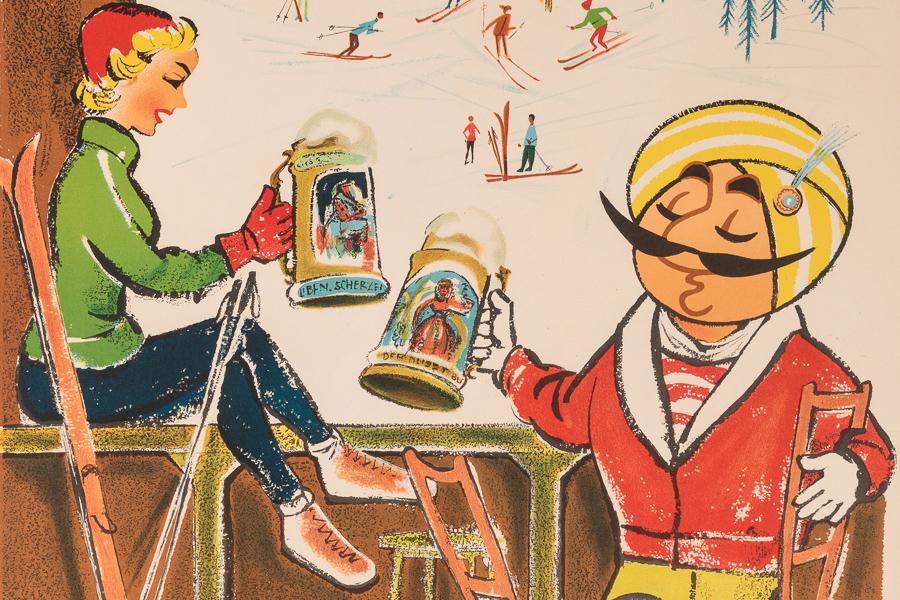 Air India was started by JRD Tata in 1932 as Tata Airlines and it was nationalised in 1953, but JRD was its chairman till 1977 and he continued the high standards. Image: Potter and Potter Auctions/Gado/Getty Images

In the corridors of Wunderman Thompson—which in its earlier avatars was Hindustan Thompson Associates (HTA), J. Walter Thompson and JWT (and I had the fortune of working in each of these avatars spread over 19 years)—many stories are told about the fantastic relationship between HTA and its client Air India in the days when JRD Tata was still at the helm of the airline.

We have heard that the symbol of the Maharajah was once drawn on the corner of a letterhead by HTA artist Umesh Rao. Bobby Kooka, then the commercial director of Air India and the chairman of HTA—also a good friend of JRD Tata—saw huge potential in it and the rest is history.

According to former national creative director of HTA, Ivan Arthur, who has worked extensively on Air India ads, there were some unwritten rules to drawing the Maharajah, “He cannot open his eyes; he cannot open his mouth, and he cannot be shown with a bare head—the turban or some headgear must always be there.”

Come to think of it, have we ever seen the Maharajah’s bare head? Mercifully not. But in the later years—when the Tatas were no longer a part of Air India and HTA no longer handled the business—some artists did draw the Maharajah with his eyes open. And a change of personality was evident! Instead of a suave and regal Maharajah, he looked more like a fat, sleazy, old uncle. Those unwritten rules sure needed to be followed.

Ivan also says that though it was never put down formally anywhere, every person working on the business knew instinctively that everything done for Air India “had to carry its DNA—a double helix of exotica and charm”. The Maharajah had it, the cabin crew had it, the advertising had it, and even the people handling the business at Air India appeared to have had it.

Prabhakar Mundkur, former senior vice president at HTA handled the Air India business for many years. He remembers S.S. Dabholkar of Air India very fondly, who always wore a bow tie and drove to the office in a 1935 Austin. Uttara Parikh and he were very appreciative of the good work and often came to the HTA offices in Laxmi Building to check out the work being done on tough deadlines.

Air India was started by JRD Tata in 1932 as Tata Airlines and it was nationalised in 1953, but JRD was its chairman till 1977 and he continued the high standards.

In keeping with practices followed by all government organisations, a certain percentage of all new hires had to be from the Scheduled Castes and Scheduled Tribes. These bright-eyed new hires underwent rigorous training at Air India. By the time they were done, they could tell every variety of wine and cheese from the other and each one embodied the values that Air India stood for.

All of India is waiting with bated breath to see if Air India will become a part of the Tata family again. Perhaps because somewhere deep down, we all yearn for a return of those gracious days when the double helix of charm and exotica were a part of the airline’s DNA.

1,945
Thank you for your comment, we value your opinion and the time you took to write to us!