Digital payments that surged during the heady days of demonetisation have proved to be a flash in the pan given the resurgence of cash once they became available in ample quantities. 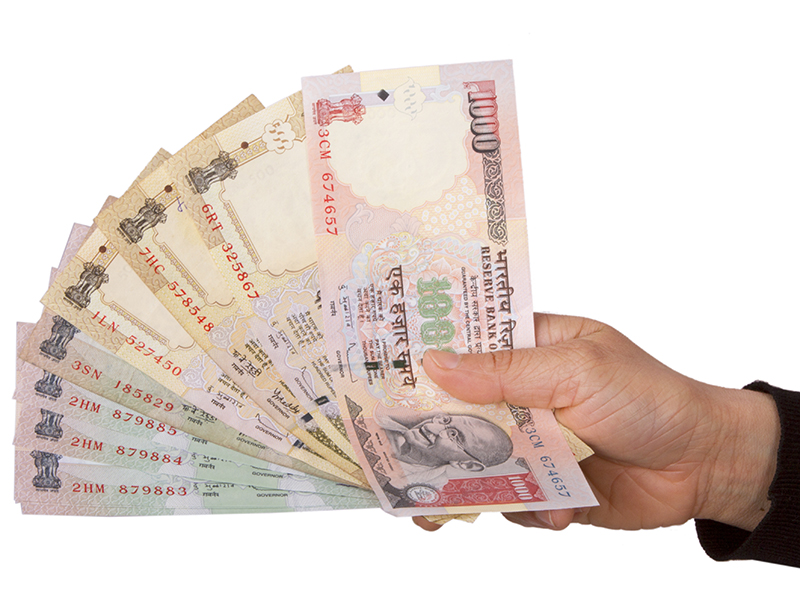 Image: Shutterstock
Three arguably cataclysmic post-Independence events rock India on their anniversaries. The internal emergency the then prime minister Indira Gandhi declared in the summer of May 1975, suspending right to liberty and freedom of speech, the demolition of Babri Masjid on 6 December 1992 and demonetisation of Rs 500 and Rs 1000 notes on the night of 8 November 2016 by Prime Minister Narendra Modi that sucked out almost 86 percent of the currency in circulation throwing pell-mell the nation's economic activity.

The jury is still out on the last event-demonetisation. With the economy in a long slowdown mode if not in a comatose state, the prime minister's detractors glibly say we-said-so. That is, the nation has still not recovered from the demonetisation announcement made three years ago.

Another glib and smug proof they offer is the Reserve Bank of India (RBI) statistic that 99 percent of the banned notes found their way back into the banking system-which according to them shows that the crooks far from losing their ill-gotten wealth have had the gumption to launder them by blithely depositing them in their bank accounts. Small wonder they brand demonetisation an official money laundering scheme.

The government's riposte is scrutiny of 'suspect' bank accounts is still a work in progress. But this defense is losing its steam and appeal and doesn't strike a chord even with the prime minister's die-hard supporters as it used to. Around 18 lakh bank accounts do indeed pose a challenge. What is inexplicable, however, is how come in these three years not even a single crook's bluff has been called.

Let us face it. Narendra Modi's intentions were good. In a country where elections have been bankrolled by cash substantially, all the previous prime ministers and their governments were winking at the monumental black money circulating nonchalantly in the economy. The prime minister dared to take them head-on but sans preparations.

Ironically, the lack of preparations on remonetisation has been paying him rich dividends despite the Opposition's attempt to drive a wedge between the prime minister and his supporters who hold him in worshipful reverence for his probity and fight against black money.

The serpentine queues they had to stand for nearly two months repeatedly to withdraw small amounts of cash far from angering them have served to endear them to Narendra Modi the messiah, the crusader against black money. However, the lack of preparedness in nabbing the banned notes has cost him and his government dearly. Indeed, the escape routes-exchange counters at banks, acceptance of demonetised notes at petrol bunks and hospitals-would haunt the Narendra Modi government for a long time. Crooks are still laughing up their sleeves.

Tax compliance has since improved markedly. The total number of income tax filers when the Modi administration assumed office in 2014 was 38 million. The taxpayer, the minister said, had to pay not only his taxes but in order to run the system of governance, also pay the share of the evaders. "Hence there was a need to formalise the Indian economy," Arun Jaitley, the then finance minister said in an interview to national broadcaster Doordarshan. In FY18, 68.6 million income tax returns were filed.

There is considerable truth in the government's assertion that the back-to-back demonetisation and Goods and Service Tax (GST) rollout have served to mainstream the economy like nothing else has. Digital payments that surged during the heady days of demonetisation have proved to be a flash in the pan given the resurgence of cash once they became available in ample quantities. But the government can still take heart from the fact that people, especially in the hinterlands, are now aware of the potential of digital payments on the back of bargain hunting on online purchases.

The bottom line is, just as the path to hell is paved with good intentions, the path to heaven can be marred by bad implementation. The flagged bank accounts of depositors of banned notes and shell companies must be scrutinized on a war-footing and their owners must be brought to account. That would redeem the Narendra Modi government and silence the critics including economists. Indeed, their approbation also matters if only to spur economic activity.

Voters approbation has of course been seen a number of times but even they can get restless the moment their bread and butter are affected as the recent Maharashtra and Haryana assembly results have shown. After all, demonetisation was an event but economic activity is a continuum that alone provides employment and income.

(The author is a senior columnist and tweets @smurlidharan)