For the FDs maturing between 46 and 179 days, the interest rate has been slashed BY 50 bps. Now, these deposits will fetch an interest rate of 5 percent. 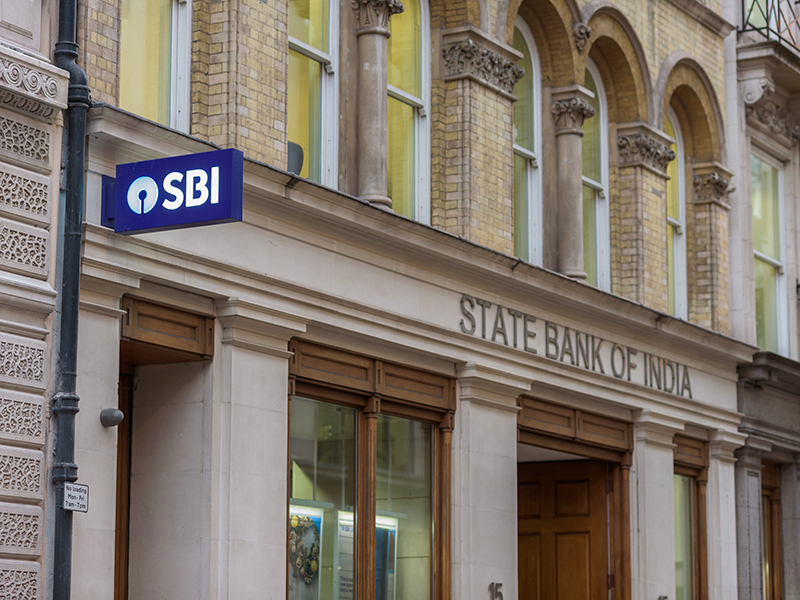 Image: Shutterstock
The country's largest lender State Bank of India (SBI) slashed the term deposits rates by 10-50 bps in the retail segment and 25-50 bps in the bulk segment last Friday and the new rates have come into being from today (10 February).

SBI had also announced a 5 basis points reduction in its MCLR across tenors, effective 10 February.

The public sector bank (PSB) had said that in view of surplus liquidity in the system, it realigned its interest rate on retail term deposits (less than Rs 2 crore) and bulk term deposits (Rs 2 crore and above).

SBI reduced the rates of fixed deposits (FDs) after the Reserve Bank of India (RBI) announced incentives for banks to boost credit growth in the form of relaxing cash reserve ratio (CRR) norms in its Monetary Policy Committee meeting on 6 February. The central bank had kept the repo rates unchanged at 5.15 percent.

SBI has cut the FD rates across all tenors except those with a maturity period between 7 and 45 days.

For the FDs maturing between 46 and 179 days, the interest rate has been slashed BY 50 bps. Now, these deposits will fetch an interest rate of 5 percent.

After the latest revision, the bank will give an interest rate of 5.50 percent for FDs maturing within 180 to 210 days and 211 days to less than 1 year. SBI reduced the interest rate on these deposits by 30 bps.

The bank has slashed the interest rate by 10 bps on deposits maturing in one year to 10 years. These deposits will now fetch 6 percent interest.

On Thursday, the RBI scrapped the mandatory requirement for banks to set aside cash of 4 percent for every new loan extended to retail automobiles, residential housing, and small businesses till July 2020 in order to boost credit growth.

There is a need for "adjustment" in interest rates on small saving schemes, the Monetary Policy Committee (MPC) said, adding that the external benchmark system adopted from 1 October, has strengthened monetary policy transmission.

The government is likely to revise small savings rates downward in the coming quarter beginning in April.