We are interested but can't do it alone, says Sanjay Viswanathan. 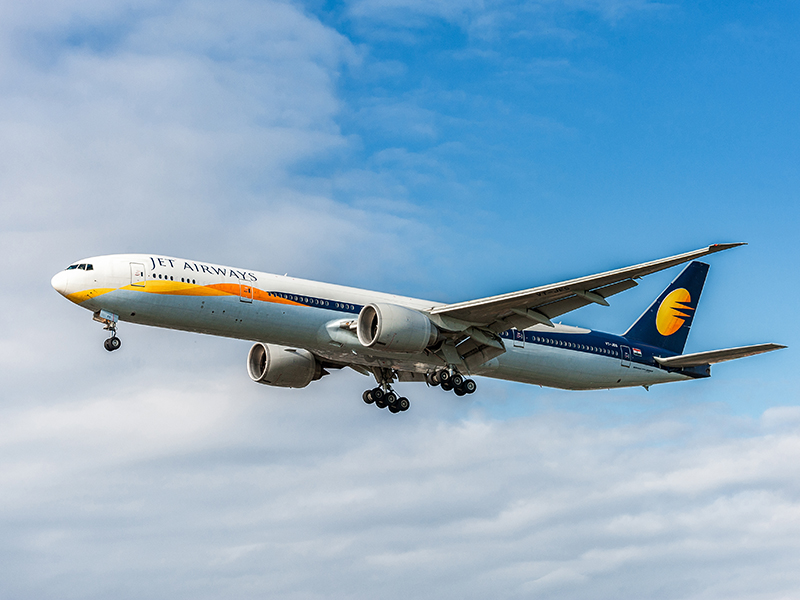 Image: Shutterstock
AdiGro Aviation continues to be interested in investing in Jet Airways but is waiting to hear from Etihad Airways with whom it was in talks, said a senior official.

A part of the London-based AdiGroup, AdiGro Aviation earlier offered to invest Rs 2,500 crore for 24.9 percent stake in Jet Airways, as a part of the talks that involved Etihad Airways and Hinduja Group to revive the Indian airline.

"We are interested but can't do it alone. We need an operator to operationally turn around the company," AdiGroup founder Sanjay Viswanathan told Moneycontrol.

"Etihad is the linchpin in this. We are waiting to hear from it," added Viswanathan.

He, however, added that if Etihad did not get involved, AdiGro would explore opportunities with other operators. "There are three operators who are willing to partner us," he said.

While reiterating that time is of essence, Viswanathan said, "My cheque is ready. I am happy if the banks take even 75 percent haircut, instead of 85-90 percent."

The haircut by banks on Jet Airways' debt of over Rs 8,000 crore has been one of the hurdles in the talks to revive the airline. Sources told Moneycontrol that both Etihad Airways and Hinduja Group were hoping for up to 90 percent haircut from banks. But, the lenders, led by State Bank of India, have been reluctant to do so.

While there have been indications that the government may have cleared the decks for the lenders to take the haircut, other hurdles remain.

One of the biggest right now is of two Jet Airways operational creditors approaching the National Company Law Tribunal to recover dues. The tribunal is hearing the petition on June 13, and its decision either to submit the appeal or not will have a bearing on the bidding process.

In a reply to Moneycontrol's query on Tuesday, Etihad Airways said it would continue to work for a possible solution to revive Jet Airways. It, however, declined to comment on reports that talks had come to a standstill.

In a mail to Aviation Secretary Pradeep Singh Kharola, Viswanathan made a case for higher investment in the Indian aviation sector, which needs $100 billion by 2024 to add capacity.

To spur the growth, the letter asks for three “key incentives” – enable FDI to 100 percent from the present 49 percent, enable debt restructuring to enable new investors in Jet Airways and Air India, and reduce tax on ATF by bringing it under GST.