Have got 'interim offer' from Boeing on 737 Max compensation: SpiceJet

Boeing was forced to ground its bestselling 737 Max aircraft in March 2019, after twin air crashes involving the plane led to death of over 300 fliers. 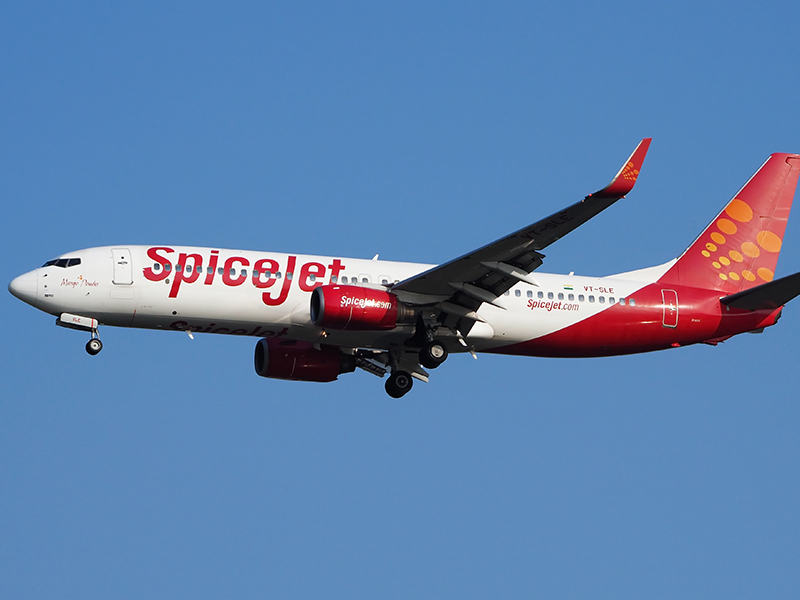 Image: Shutterstock
SpiceJet has received an 'interim offer' of compensation from aircraft manufacturer Boeing over grounding of the 737 Max aircraft.

The airline, which has 13 Max aircraft that have been grounded, has also calculated an expense of Rs 537 crore, because of the planes not taking off.

"Company has initiated the process of claims on the aircraft manufacturer towards costs and losses, which are currently under discussion," SpiceJet said in a statement while announcing its quarterly results on February 14.

The company listed out the costs incurred because of the grounding of the planes. These included: aircraft and supplemental lease rentals and 'certain other identified expenses relating to the Boeing 737 Max aircraft.'

Boeing was forced to ground its bestselling 737 Max aircraft in March 2019, after twin air crashes involving the plane led to death of over 300 fliers.

"We were expecting the MAX to return to service by January 2020 but that hasn't happened. The continued grounding and the delay in its return to service has undoubtedly hit our growth plans adversely and resulted in inefficient operations and increased costs," said Chairman and Managing Director Ajay Singh.

Boeing has been in discussion with its clients world over, and has settled the compensation amount with a few, including American Airlines, Southwest Airlines and Turkish Airlines.

Demands for compensation increased after Boeing revealed that it will take more time, than earlier imagined, to get the Max aircraft back to operations.

In the case of SpiceJet, apart from the 13, about 15 more of these planes were ready to be delivered. Overall, the airline had ordered 205 Max aircraft.

"Based on current stage of discussions with, and considering the interim offer of compensation received from, the aircraft manufacturer, its own assessment and legal advice obtained by the Group, management is confident of collection of the above income recognised by the Group," SpiceJet added in its statement.
Subscribe to Moneycontrol Pro's Annual plan for Rs 399/- for the first year. Use coupon PRO2020 (Available on Web & Android only).