As uncertainty prevails over crop outputs, weather needs to be closely tracked, particularly in the cotton, jeera and coriander-growing belts of Gujarat. 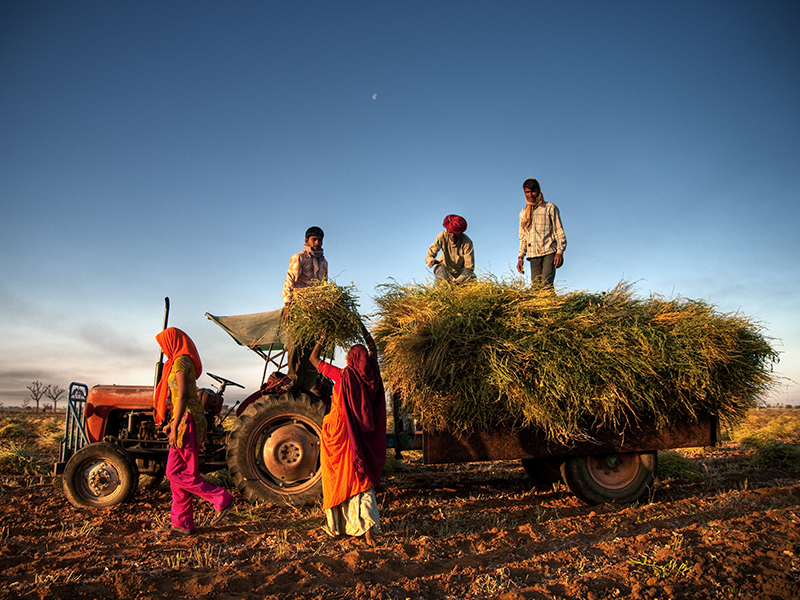 Agricultural commodities started the week on a positive note, with prices of a few commodities touching the upper limit of 4 percent on November 4. But, in the next trading session, prices fell sharply on expectations of pressure building up on arrival of the kharif crop.

The protracted southwest monsoon, which continued till mid-October, followed by back-to-back cyclonic storms--Kyarr and Maha--with yet another, Bulbul, on its way have raised concerns about excessive rainfall in several parts of the country. Both rabi and kharif crops are likely to be affected by these weather patterns.

Oilseeds and pulses have taken a beating this season. Main kharif oilseeds, groundnut and soybean, have been hit by incessant rains. Mustard seed acreage may also decline as the sowing period for the largest rabi oilseed had to be put off. It could lead to a drop in the availability of edible oils this season.

This is positive not only for prices of soya, mustard and groundnut oils, but also for palm oil as the demand for less expensive edible oils will be firm in the coming season.

Markets are due for a technical correction. However, buying on dips is still advisable, considering the weak supply-side fundamentals in the home markets and strong demand-side fundamentals of palm oil in Malaysia and Indonesia.

Soybean arrivals have been delayed considerably and October supplies are reported to be half of what they were in the same period last year.

Recent storms have further stressed the crop. Thus, 2019-20 output, already pegged at around 18 percent lower, may now see another drop.

The weather has held up this week in the major growing areas and arrivals are reported at more than 7,00,000 bags. Smooth arrivals may lead to a temporary fall in soybean prices, but it should be a good buying opportunity.

Kharif pulses such as urad and moong have been hit by incessant rains, and now the sowing of the largest rabi pulse crop --channa--has been delayed. Late sowing means delayed harvesting. The channa crop in the current season is already smaller; the season-end could see a tight supply pipeline.

As there is uncertainty over crop outputs, it is best to keep a watch on the weather, particularly in the cotton, jeera and coriander-growing belts of Gujarat. Cyclone Maha is expected to bring rain to the state, which could affect the quality of the cotton crop and delay the sowing of spices.

In a nutshell, the long-term outlook for the prices of most agri commodities is positive. In the short term, though, the market is due for a temporary fall if the weather favours smooth kharif harvesting, followed by rapid sowing of rabi crops.