The customs authorities have not cited any particular reason to importers, while hinting at the delays. 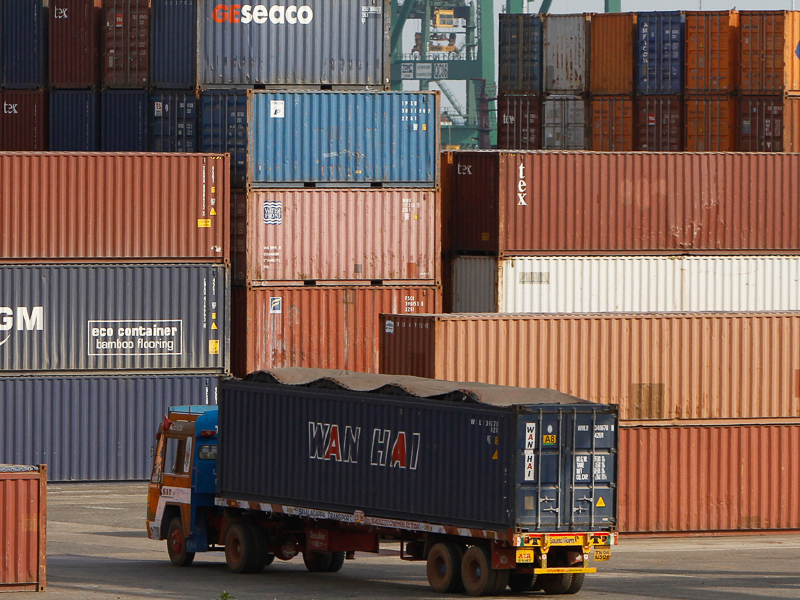 Photo by Babu / Reuters
Import consignments from China are reportedly facing difficulties at ports in Chennai and Mumbai, as clearances are being held up by the Indian customs authorities, amid the ongoing border dispute between the neighbouring countries, The Indian Express has reported.

There has been no written or verbal command from customs authorities or the Central Board of Indirect Taxes and Customs (CBIC) but the disruption in clearances has emerged over the last fortnight, said the report citing three people in the know.

The customs authorities have not cited any particular reason to importers, while hinting at the delays, said the report.

The officials have recommended to not deliver any container that has come from China, even if it is having been issued the Out of Charge (OOC) order for clearance, a Chennai-based importer told the paper.

An ‘Out of Charge' order is issued for the clearance of the goods from the customs area only after no discrepancy is found in a consignment after several procedures for examination, the report noted.

Clearances are being skipped for Chinese consignments, especially for non-essential items, said the report, quoting a Mumbai-based industry source.

According to the source, certain categories of goods from China are taking longer to get cleared, as customs authorities are not immediately checking those containers. They have categorised the goods, and the non-essential items have been pushed into the background for examination at a later day, said the source, adding that they are not saying that the examination of said items will not be carried out, but not giving it importance as imported items from other countries.

The delays in clearances especially for non-essential goods are being looked at as a nudge for importers to change their import patterns from China, since consumption patterns won't change immediately, said the report.

The delays in customs clearances are likely to offset the gains from the imports from China as the demurrage charges will go up, the report said.

Customs authorities examined certain types of cargo based on intelligence inputs as part of the routine inspections, and some of the import consignments in question are from China, a senior official in the Chennai customs zone told the publication.

However, the government has said that no consignments from China are being held back at ports, according to a report by The Times of India.

According to a senior customs officer in Chennai, the reports are incorrect. Goods are releasing wherever duty is being paid, the officer was quoted as saying. The speculation may have been triggered by the search for a few containers on which intelligence inputs had been received about a large narcotics consignment, the officer told the publication.

China accounts for around 14 percent of India's total imports.