Covaxin approval: Beyond the emotional outburst, here’s what Bharat Biotech’s Krishna Ella said about the vaccine

The approval of Covaxin, which is still undergoing phase-3 clinical trials and yet to have efficacy data, has been roundly criticised. But Krishna Ella, Chairman and Managing Director of Bharat Biotech, the maker of Covaxin, feels a lot of that criticism is not justified. Here's a look at what he had to say about its efficacy and immunogenicity data, administering it in ‘clinical trial mode' and whether it is just a ‘back-up' vaccine 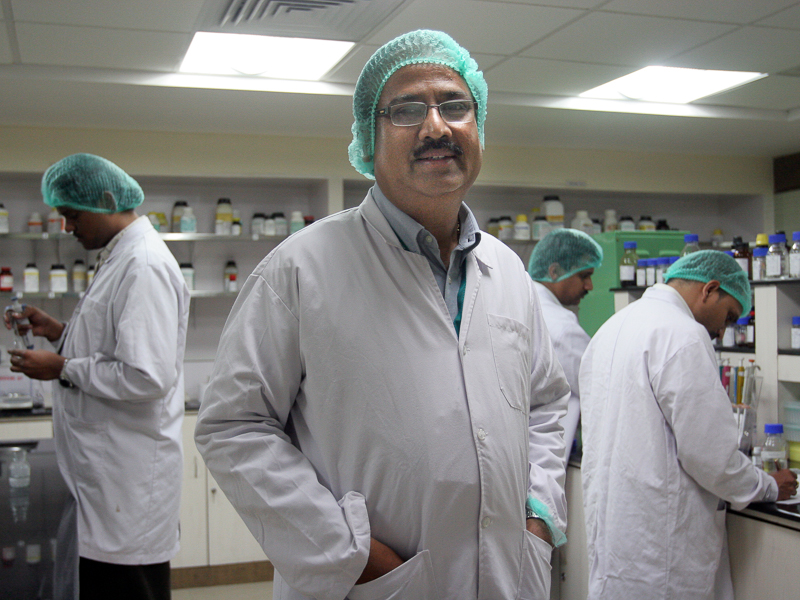 The approval of Covaxin, which is still undergoing phase-3 clinical trials and yet to have efficacy data, has raised uncomfortable questions.

Ella said that his inactivated vaccine was approved based on well-established Vero cell manufacturing, strong animal and human data for safety and immunogenicity. (Vero cells are a type used in cell cultures and have been used for decades in the manufacture of polio and rabies vaccines.)

He also made an emotional appeal, invoking national sentiment and pride of Indian scientists, slamming experts on why they weren't questioning the approval of the AstraZeneca-Oxford University vaccine in the same breath.

Ella said he is a scientist hailing from an agriculturist family in Tamil Nadu. He emphasised that he and his family have no political connections, and said that Bharat Biotech is the only company that took the risk.

“I haven't got any (Bill & Melinda) Gates Foundation money, I have not got any money from (the) government of India, I have taken all the risk of creating a BSL-III facility. We have done clinical trials at our own cost, and manufactured 20 million doses at risk, I never said the government should buy; it's a moral responsibility as a scientist that I should do for the country,” Ella lamented.

Here are excerpts, edited and paraphrased for clarity, of what he said:

Why did Bharat Biotech seek approval when the phase-3 trial for Covaxin is still ongoing?

Immunogenicity refers to the ability of the vaccine to provoke an antibody and T-Cell response. He also cited the 2019 gazette notification on CDSCO guidelines for drug and vaccine approval that allows an emergency approval based on Phase 2 data if the vaccine is on a known and established platform and if Phase 2 trials show good immunogenicity data.

Ella said that his vaccine is based on the virion-inactivated platform (where the SARS CoV-2 virus's disease producing capacity is inactivated), and produced using well-established Vero cell technology. The Bharat Biotech CMD said that he has safety data of phase-3, immunogenicity data of 1,000 people, as well as preclinical animal data. Ella said the vaccine showed less than 10 percent side effects in trials.

What about efficacy data?

There is no efficacy data at the moment, said Ella, as the phase-3 trial is ongoing and is yet to hit the 146-Covid infection mark, which triggers an interim analysis to measure the efficacy of the vaccine.

He said that in the next 2-3 days, the company intends to complete dosing of Covaxin in 26,000 subjects with the first dose. Bharat Biotech expects to complete the second dose by February-March. He said that in the past, vaccines were approved based on immunogenicity data if they hit a certain threshold. Ella expressed confidence that Covaxin would meet or exceed the 50 percent efficacy benchmark.

We have done clinical trials at our own cost, and manufactured 20 million doses at risk, I never said the government should buy; it's a moral responsibility as a scientist that I should do for the country - Krishna Ella

Publishing of data in journals

Ella said that he would have five pre-prints (scientific research papers), which is much more than SII, Zydus Cadila and Biological E, and only comparable with Pfizer. The pre-prints have been submitted to international peer-reviewed journals, four of which have been accepted and will be published soon. The publication of phase II trial data is undergoing the peer review process.

“We are under pressure as we are developing vaccines at such a fast pace… hence we haven't got time to publish our data in the public domain,” Ella said.

What does ‘clinical trial mode' mean?

Ella said he doesn't know what the regulator meant when it accorded approval under ‘clinical trial mode', the first such approval. He said he is in the process of getting more clarity from the drug regulator.

But Ella added that the clinical trial mode would possibly mean there is no need for a placebo. It is an open-label undertaking, where people keep getting vaccinated and are monitored. He did not provide any clarity on whether the company is liable to provide compensation in cases of serious adverse events. Ella said that all the subjects participating in the ongoing clinical had been insured.

About Covaxin being termed a ‘back-up' vaccine to SII's Covishield

Ella said he doesn't know what was meant by calling Covaxin a &#8220back up”. The Bharat Biotech CMD insists his vaccine isn't a back-up. “It's sad. There is no back-up anywhere in the world. For humans there are no back-up humans, for a virus you don't have a backup. It is a vaccine, and another vaccine. That's it. People should be responsible before making such statements,” Ella said.

On whether Covaxin covers the UK mutant strain

Ella said as per hypothesis, Covaxin, which is based on the whole virion-inactivated platform, generates immune responses to multiple viral proteins, as opposed to only the spike protein. He said Covaxin has demonstrated broad spectrum neutralising capability with heterologous SARS-CoV2 strains, and the company would soon come up with data on this.

When is Covaxin being rolled out?

Ella said that 5 million doses of Covaxin are currently under testing at the Central Research Institute (CRI), Kasauli, Himachal Pradesh, before being released for vaccination. He added that the company has another 15 million vaccines in its stock pile.

On critics and competition

Ella lashed out at critics. He complained that the people criticising his vaccines were not raising questions over the AstraZeneca-Oxford Covid-19 vaccine, which is being manufactured and distributed in India by SII. He said that his competition had only submitted immunogenicity data for 100 people. Ella also questioned the real efficacy of his competitor's vaccine: was it 62 percent, 70.4 percent or 90 percent?

The Bharat Biotech CMD said he came to know about the word ‘serendipity' following the AstraZeneca-Oxford interim data — pointing to the British-Swedish drug maker's two readouts for a half dose and full dose, as well as two full doses of the vaccine. Ella said that even the US and Europe have sought more data from AstraZeneca-Oxford while reviewing its application for emergency-use approval.