The Xiaomi Mi Band 4 is expected to come with a 0.95-inch AMOLED touchscreen colour display. 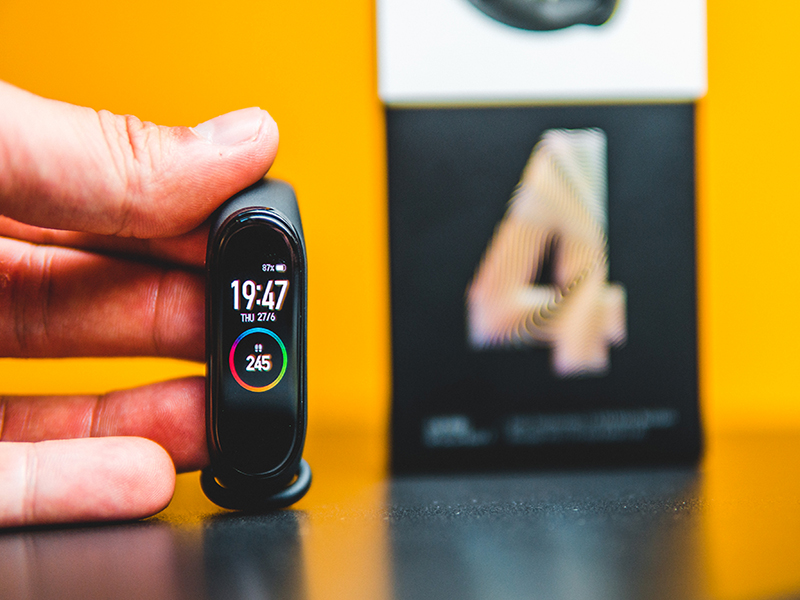 Image: Shutterstock
Xiaomi is expected to launch its Mi Band 4 in India on 17 September along with some other products. Xiaomi's Global VP and India MD Manu Kumar Jain tweeted about the same in a not-so-cryptic tweet and shared a short video that confirmed that the company will also be unveiling one smart TV on the same day. The predecessor of Mi Band 4 was the Mi Band 3 (Review) which was launched back in May this year at a price of Rs 1,999.

The upcoming Mi Band 4 has already been launched in China at a starting price of CNY 169 (around Rs 1,700) and it is expected to be priced under Rs 2,000, just like its predecessors.

Mi fans! Come September 17th, we will unveil a product that you have been waiting '4'.

Another blockbuster in the making from the house of Xiaomi. Get set for #SmarterLiving 2020!

RT with your guesses. Am sure this is going to be easy. #Xiaomi ?? pic.twitter.com/YvpPVXjrhJ

The Xiaomi Mi Band 4 comes in the following variants in China:

The Xiaomi Mi Band 4 sports a 0.95-inch AMOLED touchscreen colour display that comes with a resolution of 240 x 120 pixels. On the design front, this smart wearable is available in five colours -Orange, Purple, Black, Burgundy and Beige. It also comes with features like heart rate sensor, step counter and so on. Since there is a digital assistant inbuilt in the device, the wearable supports voice commands as well.

Moving on to connectivity, the latest Mi Band offers Bluetooth and NFC support. Just like the Mi Band 3, the 4 is also rated for 5-ATM water resistance.

The good news for swimmers is that with its six-axis accelerometer, the Xiaomi Mi Band 4 can also identify swimming strokes and offer SWOLF scores - a measure of your swimming perforamnce.

As for the battery, it houses a 135 mAh battery which has clearly been updated from its predecessor (110 mAh). According to Xioami, the Mi Band 4 battery can last up to 20 days on a single charge.