Realme XT vs Realme 5 Pro vs Vivo Z1X vs Redmi Note 8 Pro: Battle of the mid-rangers

The main highlight of the Realme XT happens to be the 64 MP quad-camera setup on the back. 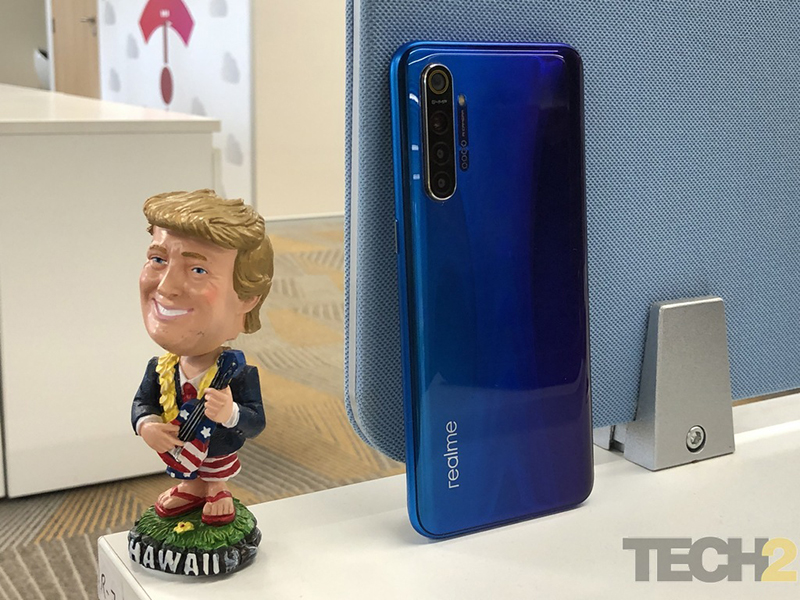 Realme has officially announced the price of its latest smartphone which is the Realme XT, which starts at Rs 15,999. The device, which the company mentions is not a successor to the previously launched Realme X, will start selling from 16 September exclusively on Flipkart.

The main highlight of the Realme XT happens to be the 64 MP quad-camera setup on the back of the device, making it the first and only such device in the Indian markets at the moment. At least until the Redmi Note 8 Pro arrives in November.

The primary sensor uses the highest resolution in Samsung's 0.8-?m-pixel image ISOCELL sensor lineup and also features the "industry's highest resolution" lens. Besides that, Realme has also revealed that the Realme XT will be powered by Qualcomm Snapdragon 712 SoC. Additionally, the smartphone will feature a Realme X-like in-display fingerprint sensor. The Realme XT will be fuelled by a 4,000 mAh battery support for a 20 W VOOC 3.0 Flash Charge.

So what smartphones does the Realme XT compete with in terms of specs on paper? Well, there is certainly the Realme 5 Pro (Review) along with the recently launched Vivo Z1X and also the upcoming Redmi Note 8 Pro. Since we have not reviewed the device we can't draw any final verdicts on the Realme XT but it will give us a rough idea on how the device stands against the competition.

From what we can see in terms of specs, the 64 MP camera, on paper, puts the Realme XT and Redmi Note 8 Pro on a higher pedestal in terms of camera but we will need to test that out when we review the device. Display-wise, the Realme XT packs in an AMOLED display with an in-display fingerprint sensor, both of which are present on the recently announced Z1X but are lacking on the Realme 5 Pro and Note 8 Pro.

Talking about the processing power on the device Realme has kept the Snapdragon 712 on the Realme XT, just like the Realme 5 Pro and the Vivo Z1X. However, the Note 8 Pro comes with the new MediaTek G90T SoC which should hold up fine or be even be more powerful which is something we will need to test once we get the device. The Z1X has the biggest battery of the lot at 4,500 mAh but it is not substantially more than the rest of the devices, all of which have a 4,000 mAh battery. Stay tuned for the full review of the Realme XT which drops soon.