Failing to keep up with growing competition, these stars couldn't make the cut 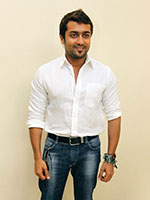 Suriya
Suriya’s only release in 2014, Anjaan, was a dampener at the box office. For the first time in five years, the South superstar failed to deliver even one blockbuster film in the year. His earnings more than halved to Rs 22 crore from Rs 49 crore a year ago. The absence of a big hit along with no official presence on Facebook and Twitter made him a low scorer on the fame front too. 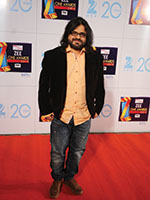 Pritam
Arguably the most prolific composer today, his is a notable omission, especially after the high of 2013. (He had swept most music awards for Yeh Jawaani Hai Deewani and was ranked 29th on the list.) Pritam’s earnings dropped to Rs 10 crore from Rs 54 crore last year. A subdued presence on social media also led to his omission from the list. 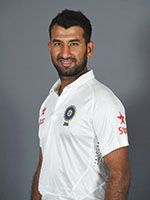 Cheteshwar Pujara
After averaging 70 in South Africa last year, Pujara has struggled for form. He averaged just 15 in New Zealand and 22 in England. While others like MS Dhoni and Virat Kohli made Rs 12.5 crore each in the IPL, Pujara got just Rs 1.9 crore. His earnings went down from Rs 7 crore to Rs 4 crore. 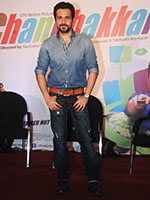 Emraan Hashmi
He’s had a steady run at the box office, but 2014 was lacklustre for Emraan Hashmi. With only one release (Raja Natwarlal) which fared poorly at the box office, the actor’s stock has been low. His earnings for the year fell to Rs 7 crore from Rs 22 crore in 2013. The absence of any big endorsements added to his poor performance as well. 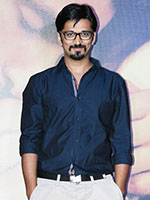 Amit Trivedi
His fame score is always low courtesy his media-shyness. Though he joined Twitter in August, he is yet to notch up a wide following on the platform. And with just one film (Queen) this year compared to six in 2013, Trivedi naturally finds himself off the list. His earnings, too, declined sharply from Rs 22 crore last year to Rs 2 crore in 2014.

Tweets by @forbesindia
The Celebrity sweepstakes of 2014
Thoughts: Being a celebrity