Here are some achievers who narrowly missed out making it to the final 30 in our Class of 2018. But who knows? Some could make it to the main list as soon as next year! 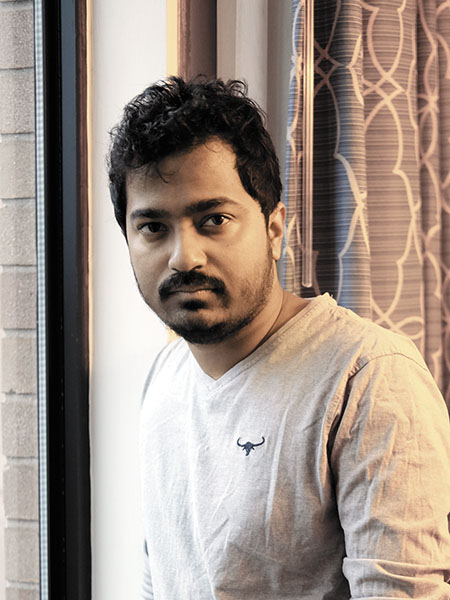 Image: Lindokuhle Sobekwa
Art
Soumya Sankar Bose | 27
Photographer
Soumya Sankar Bose, from Paschim Midnapore district of West Bengal, started out to be an engineer. But after his graduation, he decided to study photography and pursue it as a career.

He is the recipient of the Toto-Tasveer Emerging Photographer of the Year, 2015, and the Magnum Foundation’s Photography and Social Justice Fellowship in 2017. In 2015, he also received a grant from the India Foundation for the Arts to document the lives of jatra (Bengali folk theatre) artistes. Coming from a family of jatra artistes, Bose’s work evolved from merely photographing the performers in staged environments to include archival photographs, found letters, used items and lived spaces, as well as audio and video recordings of his subjects.

His works have been published in leading publications of the country.
—Jasodhara Banerjee 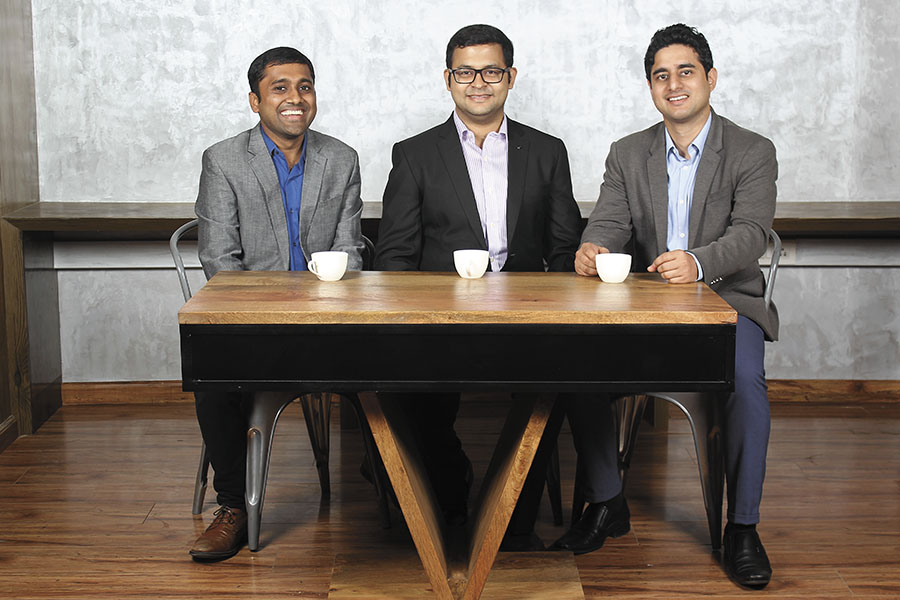 Ecommerce
Aniket Deb | 28
Sachin Agrawal | 27
Ankit Tomar | 27
Co-founders, Bizongo
In February 2016, Aniket Deb, Sachin Agrawal and Ankit Tomar took a tough call to down the shutters on the chemicals and polymers segment, which accounted for about 90 percent of their business-to-business marketplace Bizongo’s revenue.

The plan was to instead focus on packaging materials, a fledgling, but high-margin segment. “The month after [closing the chemicals and polymers segment], revenue dropped by 90 percent, but we knew that we were doing the right thing,” says Deb, the chief executive.

Today, Bizongo, which works with about 3,000 manufacturers, has emerged as the go-to destination for companies such as Flipkart, Myntra, Lenskart, Cadbury and HUL to source packaging materials.
Backed by Accel Partners and IDG Ventures, it facilitates transactions worth almost a $1 million every month. 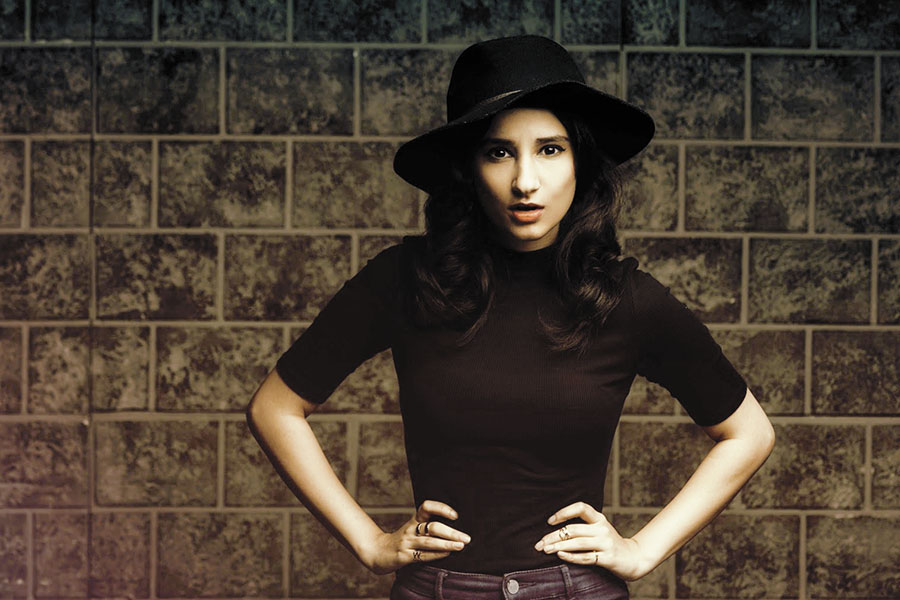 Entertainment
Yashaswini Dayama    23
Actor
If her debut as the protagonist’s spirited neighbour in Phobia (2016) made audiences take notice of her, Yashaswini Dayama’s portrayal of Jackie, Alia Bhatt’s friend in Dear Zindagi (2016), established her as a ‘natural’ performer. The Mumbai girl began her career as a child voiceover artist, and later as a model for TV and print advertisements. She will next be seen in a web series, Made in Heaven, directed by Zoya Akhtar, Nitya Mehra, Alankrita Srivastava and Prashant Nair, and will play a lead role in a feature film, The Odds, directed by Megha Ramaswamy.
—Neeraj Gangal 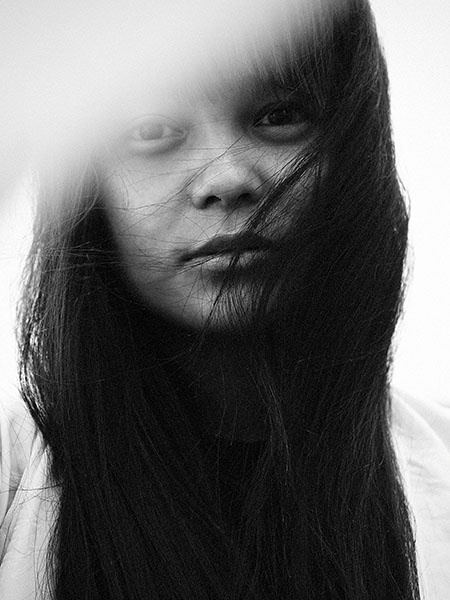 Fashion
Priyanka Ella | 26
Lorena Lama | 26
Founder and creative director, P. E. L. L. A
When it comes to design, Priyanka Ella Lorena Lama’s designs stand out for their innovativeness—every design is developed out of a single block of fabric. The technique, along with her choice of fabric, means there is a certain fluidity to her garments. Besides, the designs involve minimum sewing and are painstakingly blind-hemmed.

She has also been championing the cause of promoting indigenous handwoven eri (peace/ahimsa silk) and being sustainable by employing zero waste pattern-making techniques in her designs. Apart from eri silk, Lama sources pashmina, cashmere, angora and other ethical fabrics from weavers and she showcased a capsule collection at the HUL Green Wardrobe Week with Lakmé Fashion Week. “Lama’s garments reflect a deep understanding of technique and design, with great use of textile, all sustainably,” says Narendra Kumar, creative head, Amazon Fashion.
-Benu Joshi Routh 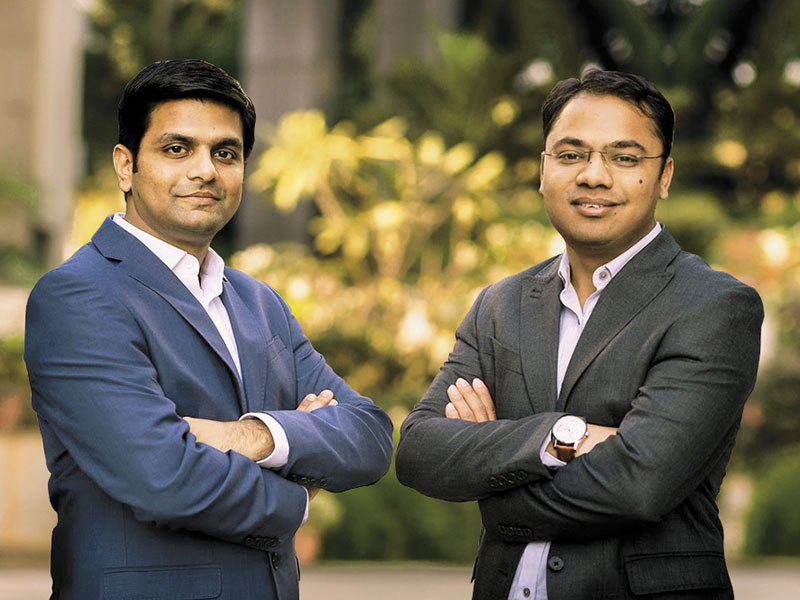 Anshul Rai with co-founder Varun Rathi (left)
Finance
Anshul Rai | 29
Co-founders, Happay
The IIT-Kharagpur batchmates (Varun Rathi is 30) built an expense management software, which corporates provide to their employees. The staff can use the Happay prepaid Visa cards for their official spends, which are then approved. Happay started off as a peer-to-peer transaction payment wallet in 2012 and now clocks over a million transactions a month, with volumes estimated to be `250 crore monthly. Its investors include Prime Venture Partners, Sequoia Capital, Axiom Capital and AME Cloud Ventures.
—Salil Panchal 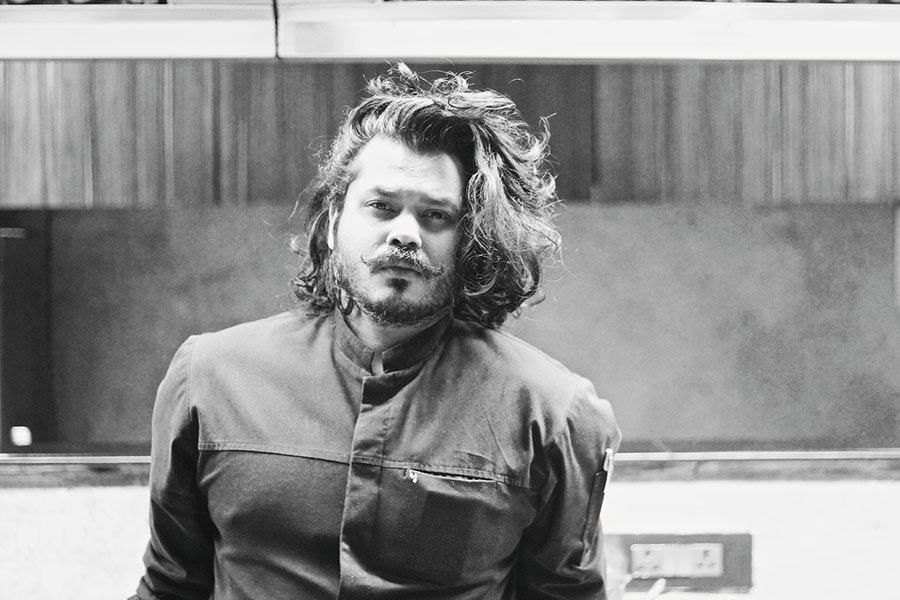 Food & Hospitality
Priyam Chatterjee | 29
Head chef and director, QLA
Priyam Chatterjee had an early inclination for art. When he became a chef instead, he decided to create art on the plate. At Delhi’s contemporary European restaurant QLA, where he is the head chef and director, he splashes paints with coriander, orange and lime, celebrates a winter flower garden with charred and braised cauliflower, and recreates the colours of the ocean with a plate of fresh rock lobsters, cream of black cod, tiger prawn tartare, tomato confit and salmon roe. Having worked with top culinary masters like Matteo Grandi and Jean Claude Fugier, among others, Chatterjee has brought to the table delicate European touches along with bold flavours. He’s been a Southeast Asia semi-finalist for San Pellegrino Young Chef 2017 and has also been voted by a popular food guide as 2017’s chef of the year.
—Kathakali Chanda 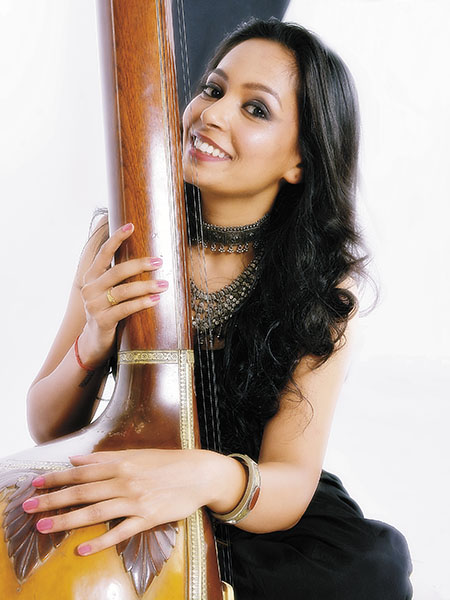 Music
Ankita Joshi | 29
Singer
Ankita Joshi, from Maharashtra’s Nanded district, comes from a family of kirtan singers, and started training under her maternal uncle from the young age of six. She subsequently moved to Mumbai to train under Pandit Jasraj.

Having grown up amid a culture of devotional music, Joshi took to this genre naturally. However, she has expanded her horizons to include ghazals and fusion music and is able to straddle multiple genres with ease. It is this versatility that has grown to be her biggest strength. Joshi has collaborated with world music band Maati Baani to produce music that is classical in nature, but set within the cultural contexts they come from.
—Jasodhara Banerjee 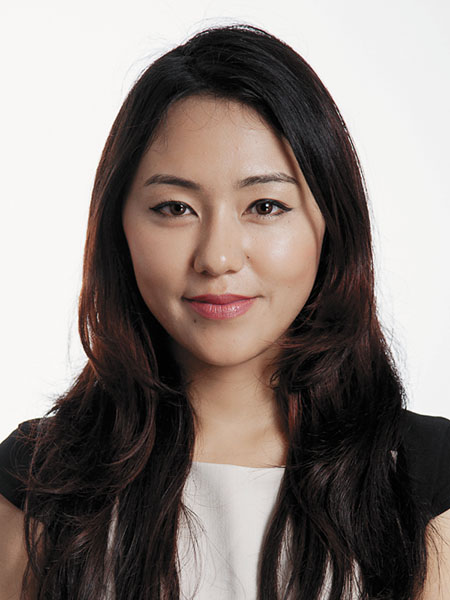 NGO & Social Entrepreneurship
Shiroi Lily Shaiza | 28
Managing director, Aspora Nagaland and advisor at Entrepreneurs Associates
Shiroi Lily Shaiza, an alumnus of Symbiosis International, Pune, set up Aspora Nagaland in 2017. It promotes entrepreneurship through livestock training, particularly in raising pigs and selling pork products. Shaiza’s goal is to promote the microenterprise model to ensure that the youth of Nagaland are trained to set up their own ventures. This apart, Shaiza is also an advisor to Entrepreneurs Associates (EA), which runs an NBFC called Ganpati Stock Ltd which lends capital to the youth in Nagaland where commercial banking operations are almost non-existent. EA has financed 200 entrepreneurs and provided microfinancing to 1,200 individuals. The company also trains entrepreneurs for business growth and basic business skills.
—Sayan Chakraborty 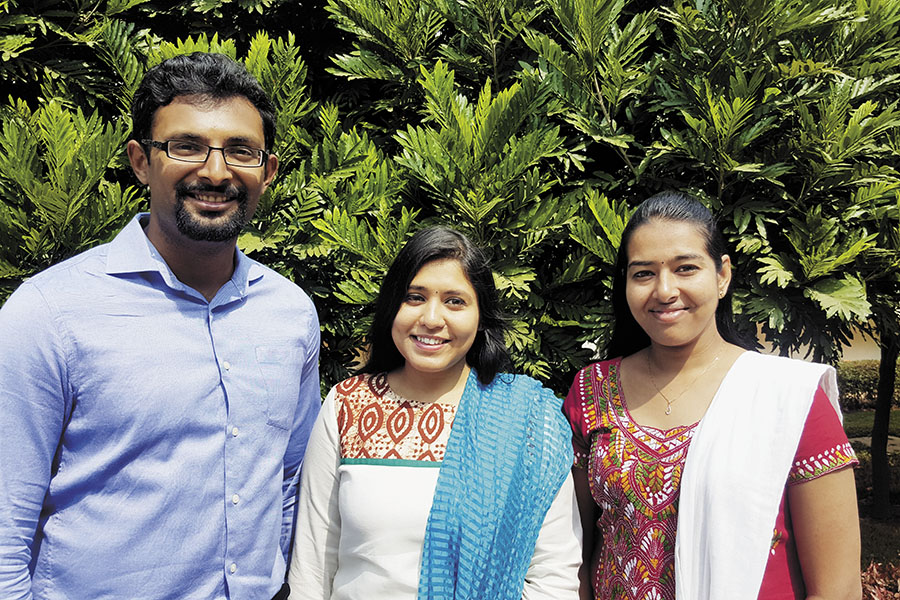 Science & Green Tech
Nelson Vadassery | 29
Sri Sailaja Nori | 29
Sowmya Balendiran| 29
Co-founders, Sea6 Energy
Biotech company Sea6 Energy, started by Indian Institute Technology, Madras, students Nelson Vadassery, Sri Sailaja Nori and Sowmya Balendiran in 2010, is on the cusp of commercially generating the synthetic fuel biocrude from macroalgae (seaweeds). Backed by several investors, including Biocon’s Kiran Mazumdar-Shaw and Tata Capital Innovation fund, the laboratory-tested concept is expected to be commercialised in the near future. Meanwhile, to earn revenue, the startup, based at the Centre for Cellular and Molecular Platforms in Bengaluru, has been successfully marketing its bio-fertiliser Jingo NXG, also manufactured from seaweed, since 2016.
—Pramod Mathew 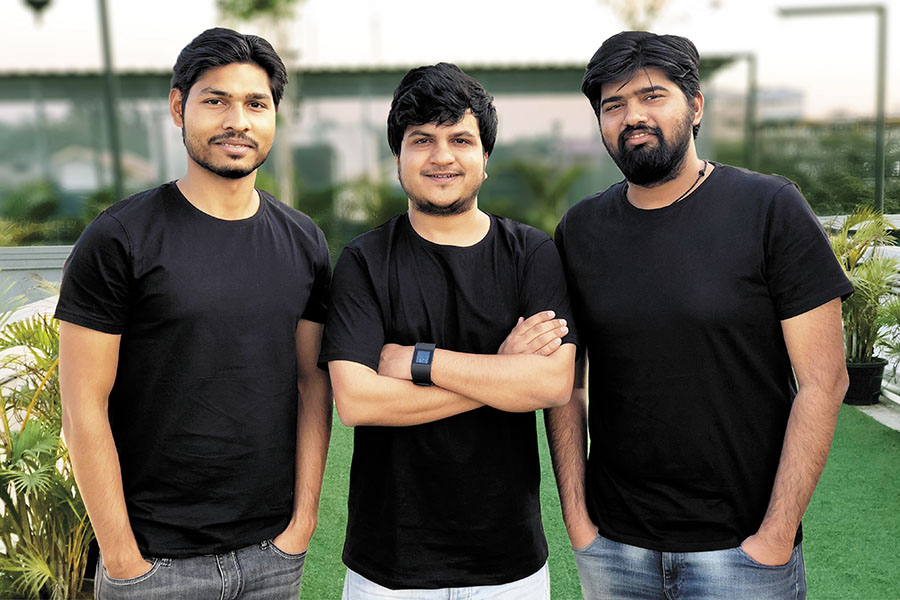 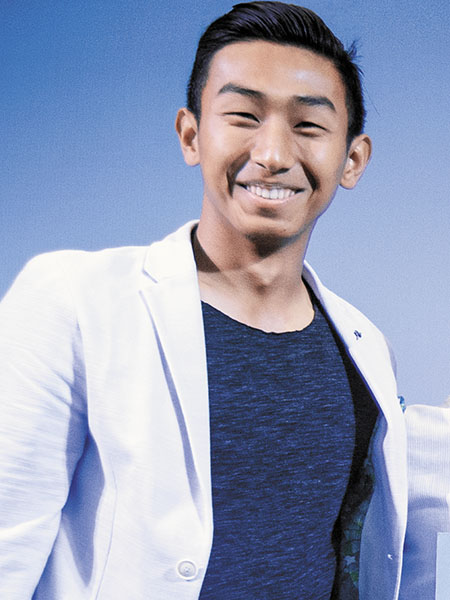 Sports
Dheeraj Singh Moirangthem | 17
This Manipuri goalkeeper’s impressive performance at the 2017 Fifa Under-17 World Cup—with a save rate of 64 percent—made former captain Baichung Bhutia call him the find of the tournament. He was picked by the Indian Arrows squad for the 2017-18 I-League season. The crowning glory was an offer from Motherwell FC of the Scottish Premiership for trials and training.
—Kunal Purandare 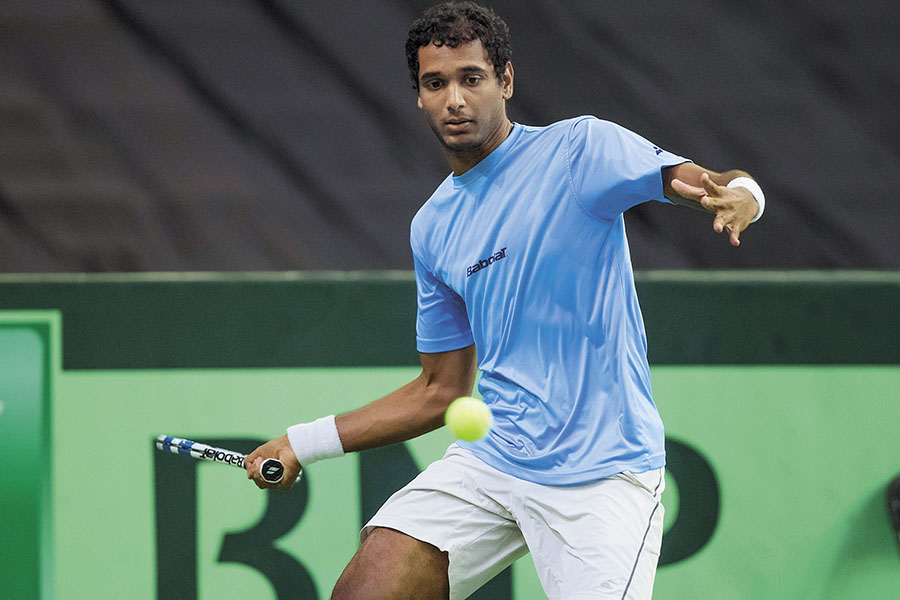 Ramkumar Ramanathan | 23
Tennis player
In 2017, Ramkumar Ramanathan not only beat the World No 8 Dominic Thiem in straight sets at the Antalya Open, but also qualified for the ATP 500 event in Washington and made his masters debut in Cincinnati. He started the year with a tame loss to Yuki Bhambri, but climbed over 130 spots in the ATP rankings to No 136.
—Kathakali Chanda

Tweets by @forbesindia
Ten interesting things that we read this week
Indian conglomerates: Getting India EV-ready