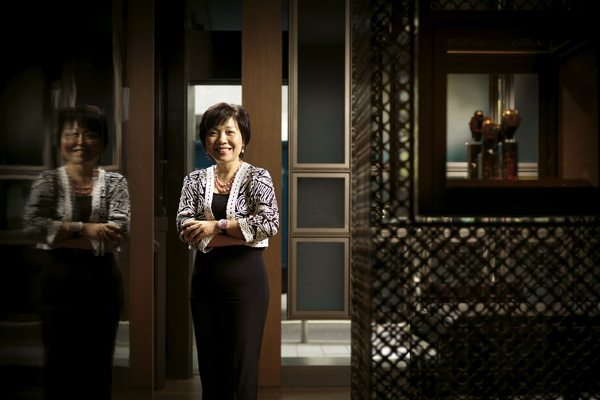 Readers with a sharp memory will see this year’s entry for Sincere Watch of Hong Kong and recall earlier BUB listings—in 2004-05, to be exact—for Sincere Watch of Singapore. Therein lies a story of a business that was sold twice by its founding family and is now in the hands of an ambitious Hong Kong securities industry figure and her son.

Sincere Watch was formed in 1954 by Tay Boo Jiang, who foresaw a consumer spending boom in Asia. Tay not only turned Sincere into one of Singapore’s biggest watch retailers but also moved it outward in the region. Sincere went public in Singapore in 1993, and a greater China spinoff listed in Hong Kong in 2005. By that time it had become a key distributor for luxury watches made by Franck Muller of Switzerland.
Suitors were lured over the years, and by the end of 2007 the Tays finally received an offer too good to turn down from Peace Mark, a big watchmaker and seller out of Hong Kong, which was looking to expand in Southeast Asia. Now headed by the founder’s son, Tay Liam Wee, the clan agreed to a bid that valued the business at $368 million. After suggesting it wouldn’t delist the Singapore company, Peace Mark did just that, however. 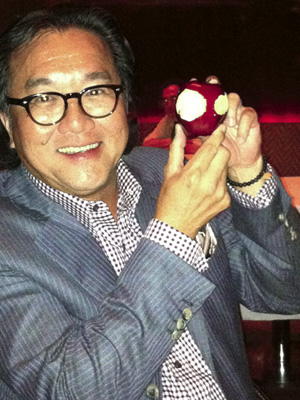 Image: Virgile Simon Bertrand for Forbes
Tay Liam Wee and Family got another bite from the Sincere apple
That wasn’t the only surprise. In the financial crisis aftermath of 2009 Peace Mark became bankrupt. Tay Liam Wee returned as chairman and part of a new ownership group that included L Capital Asia, an investment arm of LVMH, and Standard Chartered Private Equity. It bought back the whole company for a reported $81.4 million, a fraction of what it had sold for a year earlier. The new owners added other prestige watch brands, and sales were buoyant as greater China led Asia’s recovery. Hong Kong unit sales last year rose by 36 percent to $143 million, helping to lift net profit by 76 percent to $18 million.
Enter Pollyanna Chu, 53, a watch enthusiast since her teens and current CEO of Hong Kong brokerage Kingston Securities, who ranked No 32 on this year’s Hong Kong rich list at $1.2 billion. In May Chu, for $186 million, bought the private parent of Sincere Watch from the 2009 consortium. Celebrations all around: Having sold the company twice in four years, Tay was feted in Hong Kong with a symbolic twice-bitten apple. “Sincere Watch was a big part of my life,” Tay, 53, e-mails. “I remember spending many summers behind watch counters learning the ropes. Doing business and having the entrepreneurial spirit has long been ingrained in me, and I do believe I will continue to be involved in the business world in one way or another.” Meantime, the stock market has welcomed Chu. After key acquisition details were finished June 28, shares of Sincere’s Hong Kong-listed unit have risen nearly a fourth.

Chu expects to push Sincere deeper into China, widely expected to become one of the world’s largest luxury markets in short order. The company currently has 69 Franck Muller stores or sales points in 14 cities, and is looking to reach more than 20 cities in three years. As part of that it is exploring markets such as Inner Mongolia, Heilongjiang and Xinjiang.

“Franck Muller has been very supportive during our acquisition process,” she writes to Forbes Asia. “In our eyes the success of Franck Muller and Sincere is synonymous.”  Chu says there are no plans to inject Sincere’s Southeast Asian business into the Hong Kong-listed subsidiary that is now joining the Best Under A Billion. She didn’t rule out acquisitions in the future, however. “We have the existing expertise, the network and the capital base,” she says.

Son Kingston, 27, a USC grad, will be running the company day-to-day as vice chairman and managing director. Yet don’t expect the busy Chu to stay clear of Sincere. “As a general rule, I am very passionate about any business that I engage in. Taking a backseat role is not in my nature.”