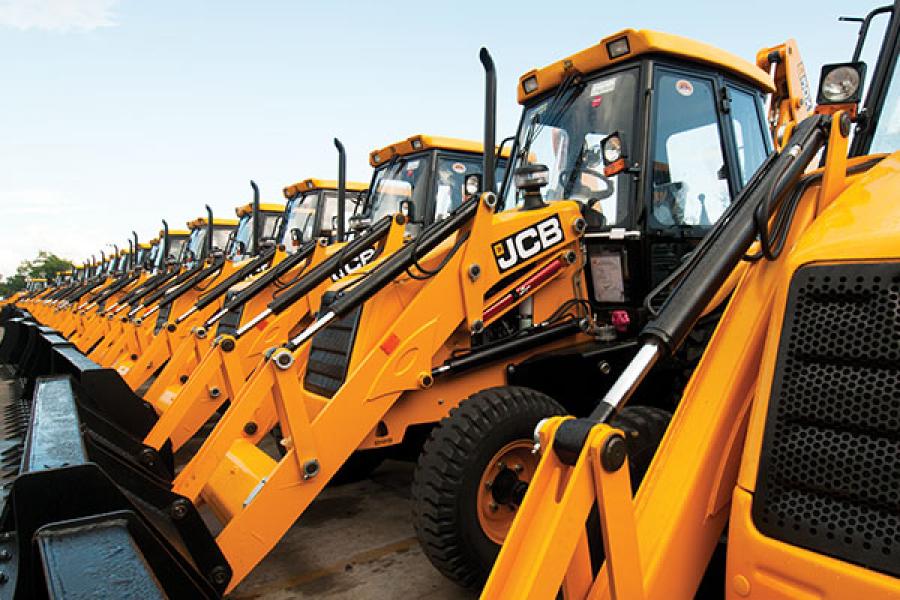 Image: Amit Verma
Three out of four construction equipment sold in India is from JCB

In Staffordshire, England, Lord Bamford is tracking every paisa he’s earned so far. “We are very obsessed with every rupee that we make in India,” he says. And with good reason, too. Anthony Paul Bamford is chairman of British construction and agricultural equipment maker JCB, which—since it entered India in 1979—has come to dominate the market, so much so that three out of every four construction equipment sold here are from JCB. This is despite the fact that JCB’s sales in India has been on a decline since 2011 when it peaked at Rs 6,000 crore.

There is a reason why Bamford is more bullish on India than on any other emerging market: Even with the drop in sales, India accounts for about 17 percent of JCB’s revenues, including exports. It is the third largest revenue contributor, after Europe and North America. More importantly, JCB expects India to become its largest market in terms of revenues by 2018. In terms of machines sold, it is JCB’s largest market. Though the privately-owned company refuses to give country-specific revenue data, analysts peg its India turnover to be nearly Rs 5,000 crore.

With its global headquarters in Staffordshire, JCB operates in Asia, Europe, South America, Australia and the US. Its annual earnings for 2014 stood at £303 million (down 3.2 percent from 2013) and revenues fell by 6.3 percent to £2.5 billion, according to its global earnings results released on May 22.

This downward trend plays out even in the emerging markets of Brazil, Russia, India and China: The construction equipment market in Brazil dropped by 17 percent in 2014, in Russia it fell by 27 percent, in India by almost 15 percent and in China by 17 percent. (Markets in the UK and the US, however, grew by 30 and 13 percent respectively.)

Bamford is convinced that the downswing is a minor snag, especially because JCB India is one of the few international companies to have established a strong hold over the local construction market. India is also an important manufacturing hub for exports: Machines made by JCB India are exported to 53 countries.

The company’s India plans are tied to the government’s promise to give infrastructure a big push. In the 2015 Union Budget, the government proposed to increase investment in the infrastructure sector by Rs 70,000 crore in the next financial year. “When it starts, growth will come in very quickly in our industry, and that is why we have invested heavily in the past five years, despite the economic slowdown,” says Graeme Macdonald, CEO, JCB Group. “Our view is that we should start to see growth after the monsoons.”

In November 2014, JCB India, which has head offices in Ballabhgarh (Haryana), opened its largest manufacturing facility in Jaipur, Rajasthan; a Rs 500-crore facility with two factories over 115 acres.

Apart from government-led projects, the firm is also betting on its new range of products, strong dealership and distribution networks to help it accelerate sales in India. Over the next three years, it plans to double its product range from the current 46. “We created capacities in the downturn to cater to the demand that will come when the tide turns,” says Vipin Sondhi, MD and CEO, JCB India.

Experts say it will not be difficult for JCB to weather the downturn. “None of the infrastructure companies are doing well. The focus needs to be on new models. After-sales services and replacements can help much more than just a sales model,” says Sanjeev Krishan, transaction services and private equity leader, PwC India. He adds that it will be 12 to 18 months before the industry feels the impact of the government’s initiatives.

(The writer travelled to Staffordshire on invitation of the company.)