How Online Tutorials Became a Rage

Sit through lectures of top-notch professors, take tests and even get certificates 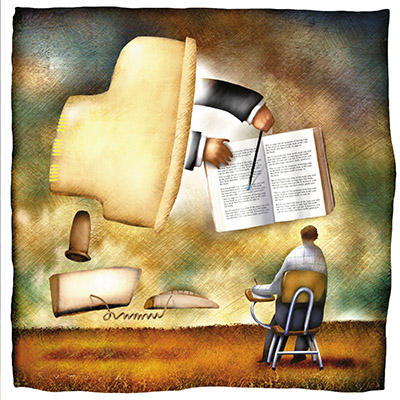 Pioneering teachers: Such as Aswath Damodaran of New York University’s Stern School of Business, who has been doing webcasts of his immensely popular courses on valuation and corporate finance for several years.

YouTube, iTunesU: Stream lectures from some of the top universities; the most popular is Harvard’s Michael Sandel’s course on Justice.

2. The Big Deal
MOOC, or massive open online courses, combines many of these elements. Like MIT’s open courseware, they draw from actual courses taught in top universities. Like the YouTube lectures, they can scale. But, unlike recorded lectures, they are designed for scale. MOOC lectures are broken into eight- to 12-minute modules, and can often be interactive. In most courses, successful completion is rewarded with a certificate signed by the instructor. And it became big this year, with several thousand people from across the world taking these courses.

EdX: Roots in Harvard / MIT. Not for profit. As of now, it’s not clear how either will make money.


4. The Problems
“Version One” is how Google Chairman Eric Schmidt recently described current efforts in online education. There are problems galore. A large number of registered students don’t finish the course. Automated grading works for some courses, but are very limited. And worse, students cheat. Coursera asks students to accept an honour code. Udacity tests can be taken at a testing centre.

5. The Future
There will be more universities, more top-class professors, and more companies like Coursera. The technology promises to improve. So far, courses have spawned face-to-face study groups across the world, and that promises to get more organised. Supplementary services are coming up. Recently launched Coursetalk (coursetalk.org) promises to help identify the best courses from MOOCs, an equivalent of Yelp!