The art of the steal

The Donald scored his new Virginia B&B, in the shadow of Thomas Jefferson's Monticello, for pennies on the dollar

In May, Donald Trump and his son Eric opened the 10-room trump Albemarle estate, a lavish bed-and-breakfast (rooms start at $399 a night) near Charlottesville, Virginia, in a manse that—in case you’ve been living in the bottom of a chardonnay barrel for the last couple of decades—formerly belonged to the late media billionaire John Kluge, once America’s richest man. Trump paid just a fraction of the assessed worth of the property, which has a tangled history. 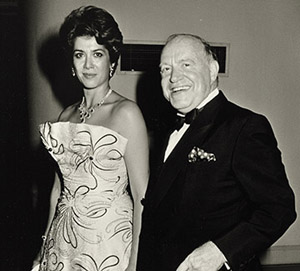 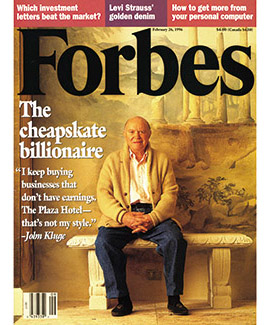 1989
Forbes declares Kluge, with a net worth of $5.2 billion, America’s richest person. We later call him a “cheapskate billionaire” for skinflint habits like leaving his hat and coat in his car to avoid having to tip restaurant coat checkers

1990
Kluge and Patricia, a one-time nude model and actress, divorce; Patricia settles for an estimated $100 million, plus Albemarle House. 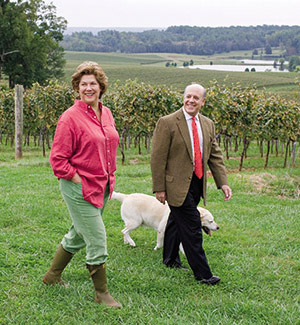 2007–2011
Patricia takes out some $65 million in loans to expand wine production and makes plans to build a luxe subdivision, Vineyard Estates, with 24 multimillion-dollar homes (it will never be completed).
Fall 2009
Patricia lists Albemarle House for $100 million. In early 2010 she slashes the price to $48 million. Still no takers. 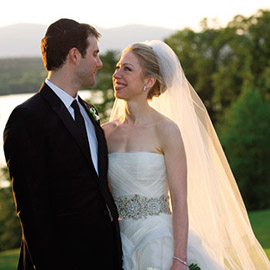 December 2010
An attempted auction of the winery attracts no bids, and Patricia’s lenders close in. Farm Credit of the Virginias takes possession of the winery after it fails to sell at auction; a month later Southern National Bancorp of Virginia forecloses on Vineyard Estates. 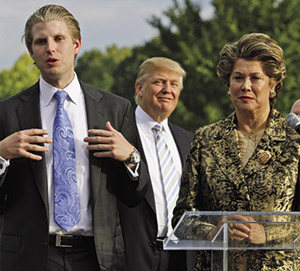 January 2011
An additional lender, Bank of America, files to foreclose on Albemarle House proper, alleging that Patricia defaulted on $23 million in loans. Before that auction Donald Trump quietly cuts a deal with the trustees for Patricia’s son, John Kluge Jr, to buy 217 acres that surround the mansion for less than $500,000. The deal also gives Trump right of first refusal to match the purchase price of any attempt to buy the house. At auction Trump bids a lowball $3.6 million. It’s not enough; BofA takes possession. 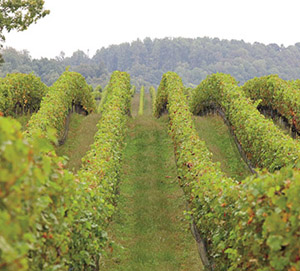 May 2011
Trump purchases the 776-acre vineyard for $6.2 million, plus $1.7 million in equipment and inventory. He sticks signs out front: “No trespassing. This land is owned by Trump Virginia Acquisitions LLC”. He lets the lawn go unmowed. 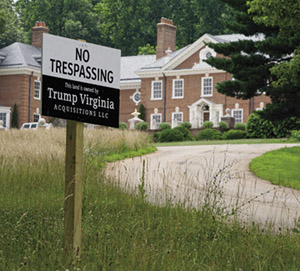