What Is the Best Way to Remove Poverty? 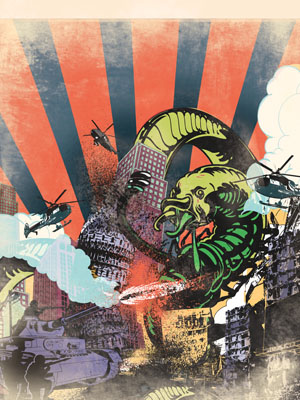 Poverty reduction remains one of the biggest challenges to the world. According to the World Bank, nearly half of the world’s population is poor and over a billion of them are extremely poor or live on less than $1.25 a day. For years, economists, policymakers and philanthropists have searched for a sure shot way to fight poverty. It remains an elusive pursuit, but many different approaches have helped the world inch closer to the Millennium Development Goal of eradicating extreme poverty. Recent economic research says that financial aid has not been effective in reducing poverty. So what works?

Fewer People, More Income
Aphichoke Kotikula, Ambar Narayan and Hassan Zaman of the World Bank’s Poverty Reduction and Equity Group say in a February 2010 paper that in Bangladesh, poverty fell dramatically in the five years to 2005. The percentage of population with per capita consumption below the poverty line fell 18 percent, pulling about 6 million people out of poverty. The reason for this appears to be the sharp fall in the average household size (from 5.2 to 4.9) reducing dependency. Which means population control can act as a significant tool in reducing poverty by increasing the income share of individuals. However, that is probably a one-time gain and not sustainable unless the incomes are sustainable.

Land Reforms
Land reform has invariably led to poverty reduction in most countries as land acts as an asset that can be put to productive use or exchanged for capital that can be gainfully employed. Vietnam is one of the best examples of land reforms playing a crucial role in rural poverty reduction. Steffanie Scott of the University of Waterloo, Canada, says in a paper that through a series of land policy reforms in the 1980s and 1990s, farming households were allocated long-term land use leases and granted rights to transfer, exchange, rent, mortgage and inherit agricultural land. Land laws have been central to the overall policy reforms in Vietnam’s doi moi (renovation) process. As a result, poverty dropped from 58 percent in 1993 to 29 percent in 2002.

Debt Set Go
Access to credit is often pointed out as one of the most important elements in unleashing the entrepreneurial energies of the poor who would then help themselves out of poverty. Bangladesh’s Grameen Bank proved that it is possible to sustainably lend to the poor through its breakthrough micro-finance model. Studies have shown that of Grameen Bank’s participating households, about 5 percent climbed out of poverty annually. Also the incidence of poverty is less in households headed by women and credit given to women seems to be more effective. However, now concerns are being raised that market-savvy micro-credit institutions are pushing members into a debt trap.

Grow and Reduce
Yet, economic growth appears to be the best shot at poverty, infinitely better than aid. Throughout the 1970s and 1980s when India was severely dependent on aid and much aid did pour in, the number of poor people in India barely moved. In recent times, Pakistan, which is a recipient of billions of dollars in concessional credit and grants, is still mired in poverty. About 85 percent of Pakistanis survive on $3 or less per day. India’s dependence on aid practically disappeared as it liberalised its economy and private enterprise flourished. The percentage of people below the poverty line has decreased from 36 percent in 1993-1994 to 27.5 percent in 2004-2005, according to the Planning Commission. However, studies show that income distribution has to accompany economic growth to help reduce poverty. Otherwise, it just widens the gap between the haves and the have-nots.