Ethics Is A Verb

Moral leadership is the only safeguard against rotten business, when the game is everything. 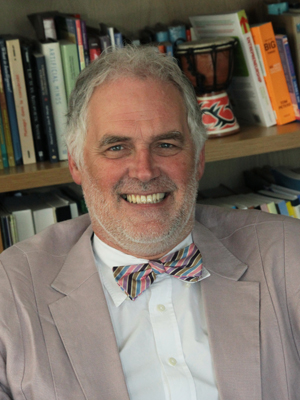 The ethics of business leaders is once again in the spotlight with the scandal that has engulfed top banks and 32-year Bank of England veteran Paul Tucker, next in line as the governor of the bank.

It seems banks have been manipulating the London interbank offered rate, Libor, to cut a profit. This rate serves as a benchmark for rates on loans and derivatives of trillions of dollars.

The banks, allegedly, have been ‘low-balling’ their borrowing costs to mask financial problems. Tucker is being brought to book because of his alleged knowledge of such practices in his and other banks and his non-action to curtail it. He has turned a blind eye to dirty trading.

This is a view shared by Dr Al Gini, Professor of Business Ethics at the School of Business Administration at Loyola University in Chicago. On a recent visit to the UCT Graduate School of Business, he spoke of the importance of moral leadership in business, arguing that corporate cultures clone their own.

“Like it or not, business ethics is driven by moral leadership. And there are few excellent leaders out there. They are truly hard to find,” he said.

The groundbreaking series, The Sopranos, is a moral play wherein the central character Tony Soprano is always at odds with himself and with the seemingly evil life of a mobster. Violence and crime are just a part of the nature of the game. Tony fights to be at the top of the game while trying somehow to remain as moral as possible.

The show won 21 Emmy Awards, five Golden Globes, was honoured with two George Foster Peabody Awards, and in its time was considered the most financially successful series in the history of cable television. Major critics called it the best television series ever made. It also happens to be one of Gini’s favourite programmes.

“Tony Soprano is a moral leader. Yes he lives in a world considered evil, but he always evaluates his decisions and always seeks the moral high ground. He doesn’t always get it right but he tries. He is a moral leader,” said Gini.

Gini, the co-founder of Business Ethics Quarterly and its long-time Associate Editor, has made the study of ethics and morality his life. For two decades he’s been the resident philosopher on a popular radio station in Chicago and lectures to community and professional organisations on business ethics. He has authored a number of books, including, Why It’s Hard to be Good, Seeking the Truth of Things: Confessions of a Philosopher, The Importance of Being Lazy: In Praise of Play, Leisure and Vacation, and God Can Quote Me on That.

“The thing is the world of the Sopranos isn’t very different from Wall Street. It’s all business. It’s all about the money and it’s all about the game, and everyone wants to be the master of the universe,” he said. “And that’s a major problem we have today. There is a lack of moral leadership and everyone is out only to look after themselves.”

“Business is not inherently bad, it’s only that business happens to offer many temptations,” he said.

It’s a temptation that has proven too strong for many.

Charles Ponzi seduced investors with promises of lavish returns in 1920. His scheme brought in massive amounts of money but collapsed when he paid out new investors’ money to earlier investors and himself. More recently, in 2008, Bernie Madoff, the respected investment banker with the “magic touch”, was arrested when his $50 billion scheme collapsed dragging down with it well-known investors and non-profits.

Mike Milken, the “Junk Bond King”, was arrested in 1989 on 98 counts of racketeering and securities fraud as a result of an insider trading investigation. He was sentenced to ten years in a federal prison, but only served two and paid $200 million in fines and $400 million in restitution. He was a trusted financier and philanthropist.

The list goes on. Little needs to be said about AIG, Lehmann Brothers, Goldman Sachs, and the most iconic of all Enron. At one point the American energies, commodities and services company was considered the most innovative company in the US. It is now the symbol of corporate corruption and fraud. Gini calls it “the perfect case study of corporate greed.”

While recalling some of these examples and many others, Gini takes great pleasure in knowing that some of the perpetrators are sitting behind bars, but asks why good businessmen become rotten.

“It’s the game,” he says. And the game has again brought distrust among the public as dodgy dealings behind closed doors are brought into sharp light. The Barclays debacle is proof again that the temptations can prove too strong in the realm of big big business – where trillions of dollars are moving around, claiming even the most promising of business leaders.

Ethics is a verb. As business leaders, when something of this nature comes to our attention, it is our responsibility to act on it, crush it in its infancy and stay guarded against any replications of it emerging at any level in our organisations. And as business educators we also have a moral obligation to speak out against these practices and to do our best to redefine the game entirely.