How to create a high performance team 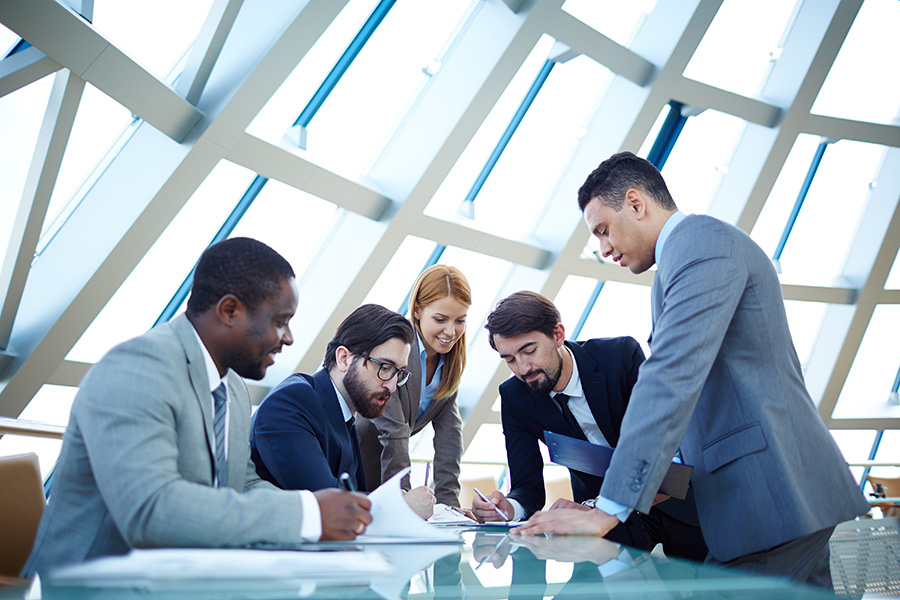 Creating the proper foundation for high performance teams is becoming ever more important in corporate environments where collaboration is increasingly seen as the solution to superior output.

What to consider when building a high performance team

1] Size – A classic mistake in team formation is to include too many members. Teams with more than eight people often suffer from challenges in coordination, increased tension, and reduced productivity. This may be the result of some individuals not getting the desired airtime and others simply switching to a passive mode since “someone else is in charge”. Thus, research suggests that efficient teams include up to 6-7 members – an ideal size for managing different points of view.

2] Invisible Diversity – Most corporations in recent years have begun paying increasing attention to diversity and inclusion. While visible diversity is key (gender, age, ethnic background, etc.), we risk overlooking the importance of invisible diversity in teams. As team leaders forming a team, do you take into account the members’ life stories, and personality differences? They are an intrinsic part of employees’ identity and the most innovative ideas will usually get proposed in teams characterized by “diversity of thought”.

3] Complementarity – While a candidate’s expertise for a job is highly important, many line managers underestimate the importance of this person’s complementarity with the team of peers. What is their personality? How self-aware are they? How good are they at verbalizing and resolving conflict with others? Former CEO of Porsche Peter Schutz advised corporations: Hire character. Train skill. Famously, Beatles’ drummer Ringo Starr was frequently mocked for his lack of technical virtuosity. Yet, his three other colleagues unanimously credit their rise to stardom to the unique creative beat he brought to each song. Thus, his creative complementarity with John, Paul, and George was much more important to the innovative output of the Beatles than his technical abilities.

4] Peer recruitment – A key ingredient to forming successful and complementary teams is to involve the candidates’ potential peers at the recruitment stage. First, you are giving your team an opportunity to voice or withdraw support from a candidate, and are increasing the likelihood that they help this person succeed afterwards. But beyond testing the chemistry, you are also increasing the odds that top talent is attracted to the job – prospective peers are better at “selling” the job since they are perceived as more honest and authentic.

How to foster a healthy team dynamic
The most effective leaders in todays’ corporations are those who empower their team and who are able to focus on the relationships between people and their dynamics in the team. A healthy team dynamic is crucial to high performance: it allows teams to make effective use of their time, to be truly engaged creatively, and therefore – to find optimal solutions to problems. How do effective leaders enhance team members’ self-awareness and awareness of the team’s dynamics?

1] Feedback culture – One of the greatest challenges in providing others with feedback is that it often feels unsolicited – the recipient hasn’t really asked for it, and the consequence is twofold: A) we feel uncomfortable sharing it and B) the recipient is defensive. When teams institute regular weekly or monthly feedback sessions, members become more skilled at formulating and receiving feedback.

2] Team check-in and check-out – High-performance teams begin and end their meetings with a discussion about their relationships. A “check-in” is a short sharing of feelings, with each member sharing positive or negative sentiments like “I worry about this deal because…”, “I was anxious last week because…”, “I feel relieved because…”. A “check-out” might revolve around questions like “How satisfied are we with this meeting?”, “To what extent did we listen to each other?”, “To what extent did we resolve the tensions in the room”. It is the team leader’s task to role model that it is safe to share such sentiments, as long as they are constructively phrased. Both the check-in and the check-out provide an opportunity for team members to share positive emotions or unburden some frustrations. When negative emotions are not verbalized, they tend to build up and therefore magnify tensions in a team and decrease productivity.

Creating psychological safety to foster innovation
Paying attention to relationships in a team is not only important for productivity and efficiency, but for innovation as well. Studies suggest that teams that focus on relationships have an important crucial ingredient called “psychological safety” (Edmondson, 2008). It reflects the notion that team members feel safe and supported by the team, are not afraid of making a mistake, and feel greater freedom to experiment. Psychological safety makes the difference between traditional efficiency-focused organizations and more innovative learning-focused companies.

A prominent example of a company that focuses on the importance of psychological safety is Google. After much internal research and data gathering, Google (with the help of social scientists and anthropologists) established that their best performing teams have one thing in common – team leaders who recognize the importance of psychological safety and who role model to their team how to open up and disclose vulnerability. In one particular case, a team leader even shared his personal story of cancer in order to set an example that emotional conversations are not only allowed, but also encouraged in the team. Such conversations enhance the empathy and engagement in the team and ultimately have a positive effect on the bottom line.

In summary, when composing high-performance teams, leaders must pay attention to team size and to ensuring a diversity of thought and perspectives. Leading teams to high-performance requires open conversations about the relationships inside the team – how are we all similar; how are we all different; and how are these differences and similarities manifested in our collaboration? Such conversations are important for creating a feedback culture, but ultimately also result in team agility by ensuring a safe space for failing, learning, and therefore – innovating.

Ina Toegel is IMD Professor of Leadership and Organizational Change.

Tweets by @forbes_india
Recapitalisation of Jet Airways is critical: Kapil Kaul
Successor's dilemma: To or not to take over an unethical family business