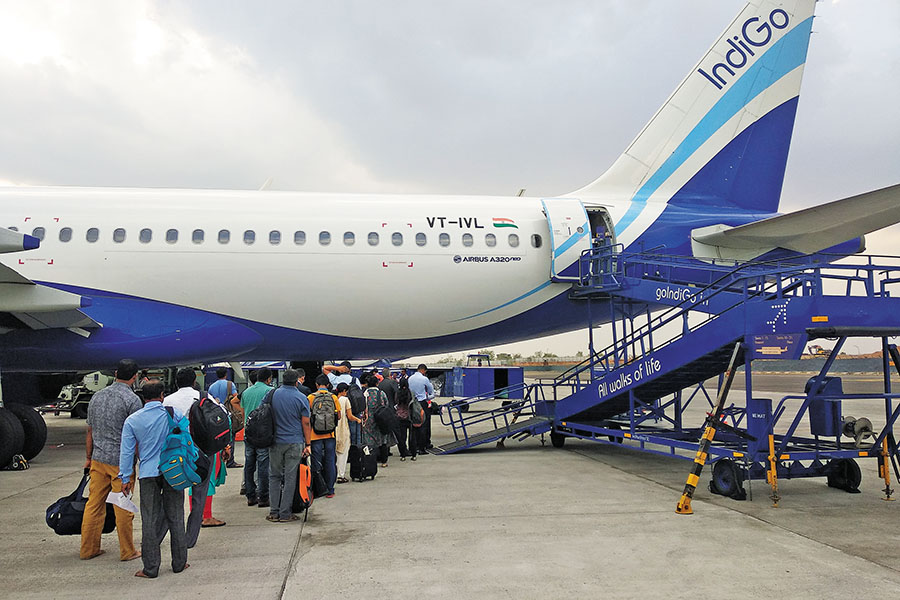 On November 24, India’s aviation regulator, the Directorate General of Civil Aviation (DGCA), directed Gurugram-headquartered IndiGo to ground an old aircraft every time it inducts a new aircraft into its fleet.

IndiGo’s A320neo aircraft, which are powered by engines from Pratt & Whitney, have been facing glitches both mid-air and on-ground since they were inducted in 2016. Over the past year, the airline has seen 13 such incidents including four incidents in a single week in October.

DGCA had earlier directed the airline to comply with a January 31 deadline to replace all unmodified P&W engines on its A320neo aircraft or face grounding of the planes. The move essentially puts IndiGo’s route expansions in jeopardy.

“Every aircraft that is added to the existing fleet should lead to one of those with unmodified engines to be grounded and the new aircraft may be operated on the same schedule as was being operated by the grounded aircraft,” a DGCA statement said.

The airline has 98 A320 and 321neo aircraft, of which 52 have modified engine blades. Only IndiGo and GoAir operate P&W-powered A320neo family aircraft in India. “We are talking about the largest airline in India and one of the biggest in the world,” an industry analyst says. “The single biggest beneficiary of such a move will be SpiceJet.”

A month ago, IndiGo reported its biggest-ever quarterly loss on higher maintenance costs and cut capacity expansion targets. The airline’s loss during the July-September quarter stood at ₹1,062 crore.