M&A Activity in India on a high: What has worked well and how can this rhythm be maintained By Kunal Doshi & Somrita Chatterji 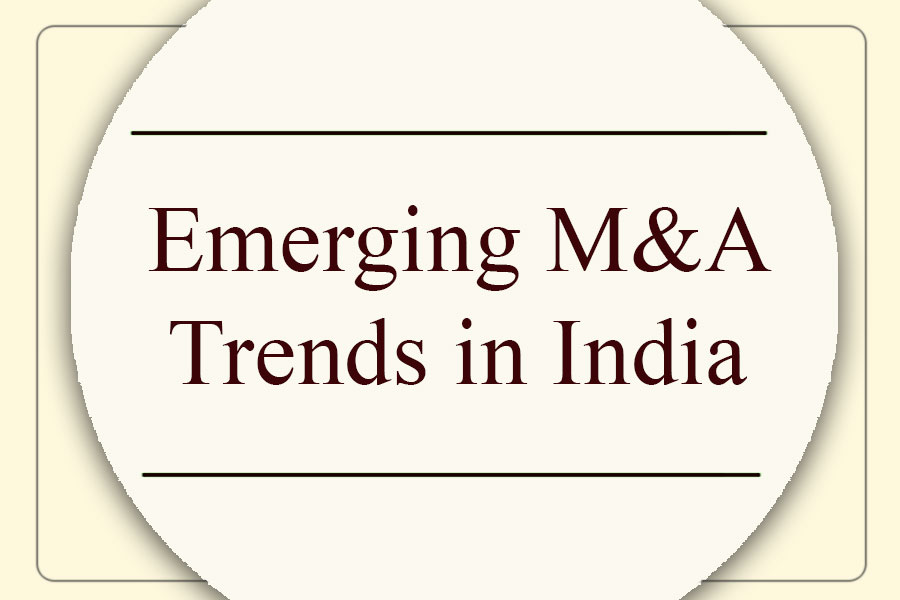 For about the last two years while we have all become accustomed to the news being dominated by COVID-19 and its effects, there is another important story that has perhaps not been getting the recognition that it should – that investments and deal making in India are at all-time highs despite the pandemic. While there have undoubtedly been ill-effects on the economy on account of the pandemic, a closer look at the numbers reveals that there has been a flurry of M&A activity at the same time.

Industry reports and Government databases alike suggest a continual growth in investments in India, and M&A activity in India in 2020 excelled and surpassed expectations. The year 2021 seems to be following the trend. At a time when people had to adapt to unique working conditions, India recorded its highest value of foreign investment received. This, however, is not an unexpected or erratic peak in the graph. It is the result of systematic reforms and policy changes, geo-political shifts and the inherent nature of the Indian demographic.

In order to facilitate higher levels of overseas investment into India, the legislative policy in recent years has seen further liberalization and rationalization of investment norms, permitting investments in a large number of sectors without many regulatory hurdles while simplifying investments in many others. A good example of this is the streamlining of the regime for single- and multi-brand retail trading, which has undergone multiple revisions in the recent past. This has made it easier for the likes of not just Amazon and Walmart, but a number of other players to make investments into India. Where approvals are needed, the process has been rationalized with approvals now being required from sectoral regulators.

In addition, the Indian antitrust and competition law regime is also among the most evolved in the world, and has also facilitated quicker transactions by prescribing certain exemptions which, if applicable, do not require specific approvals. In addition, where an approval is needed, the CCI has recently introduced a ‘Green Channel’ route which provides for automatic approval of certain transactions immediately, which has resulted in fast tracking of a considerable number of transactions.

It is also worth highlighting that key regulators in India dealing with M&A activities such as the Reserve Bank of India (RBI), the Securities and Exchange Board of India (SEBI) and the Competition Commission of India (CCI), are sophisticated institutions and informed market administrators who have adopted a commercial and constructive approach in the discharge of their duties.

There have also been significant and far ranging changes made to disputes laws in India, with the introduction of designated ‘Commercial Courts’ and a thorough reworking of arbitration law, all designed to lead to quicker outcomes for commercial disputes. This has translated into the M&A space, resulting in increased investor confidence and a general fillip to investments.

This increased investment activity is also apparent at a global level. Based on published figures, India’s inbound investment for the first quarter of 2021 (USD 15.4bn across 42 deals) is half of the total inbound deal value in the whole South Asia region, and outpaces investments into China (USD 9.4bn across 18 deals). Given recent geo-political realities, more and more investors are increasingly looking to India as an avenue for opportunities, and it is apparent that India is benefiting from the reduced levels of investment into its neighbours.

India’s large population is also a key factor driving investments, with rising urban disposable incomes and internet connectivity, among other things, making India the final frontier for many international companies. It also doesn’t hurt that the average age of the Indian populace is 29 years, making it one of the youngest national populations globally.1  Apart from being a huge consumer base, access to a large, young, English-speaking workforce, who are increasingly tech-savvy, India is an ideal pick for many international companies who are looking to grow or base their operations. This is perfectly illustrated by the tremendous growth of IT-based businesses in India, with massive investments being made into start-ups founded by young, skilled founders. Ultimately, though, the bottom line is the real clincher. There has been a spate of hugely successful IPOs of private equity backed companies like Zomato, Nykaa, and Policy Bazaar, to name a few, with big returns to investors.

While these along with other economic and social reasons have contributed to the growth of M&A activity in India, the journey isn’t over, and there are many more steps to take to improve the landscape further. Work needs to be done to spread investments more evenly (currently it is largely concentrated in a few states), not to mention creating more opportunities in manufacturing and supply chain activities, and other under-invested sectors. Policy makers must continue the process which has been well begun to maintain these levels of investment and activity.

The authors are both Partners at Veritas Legal Advocates & Solicitors, Mumbai.